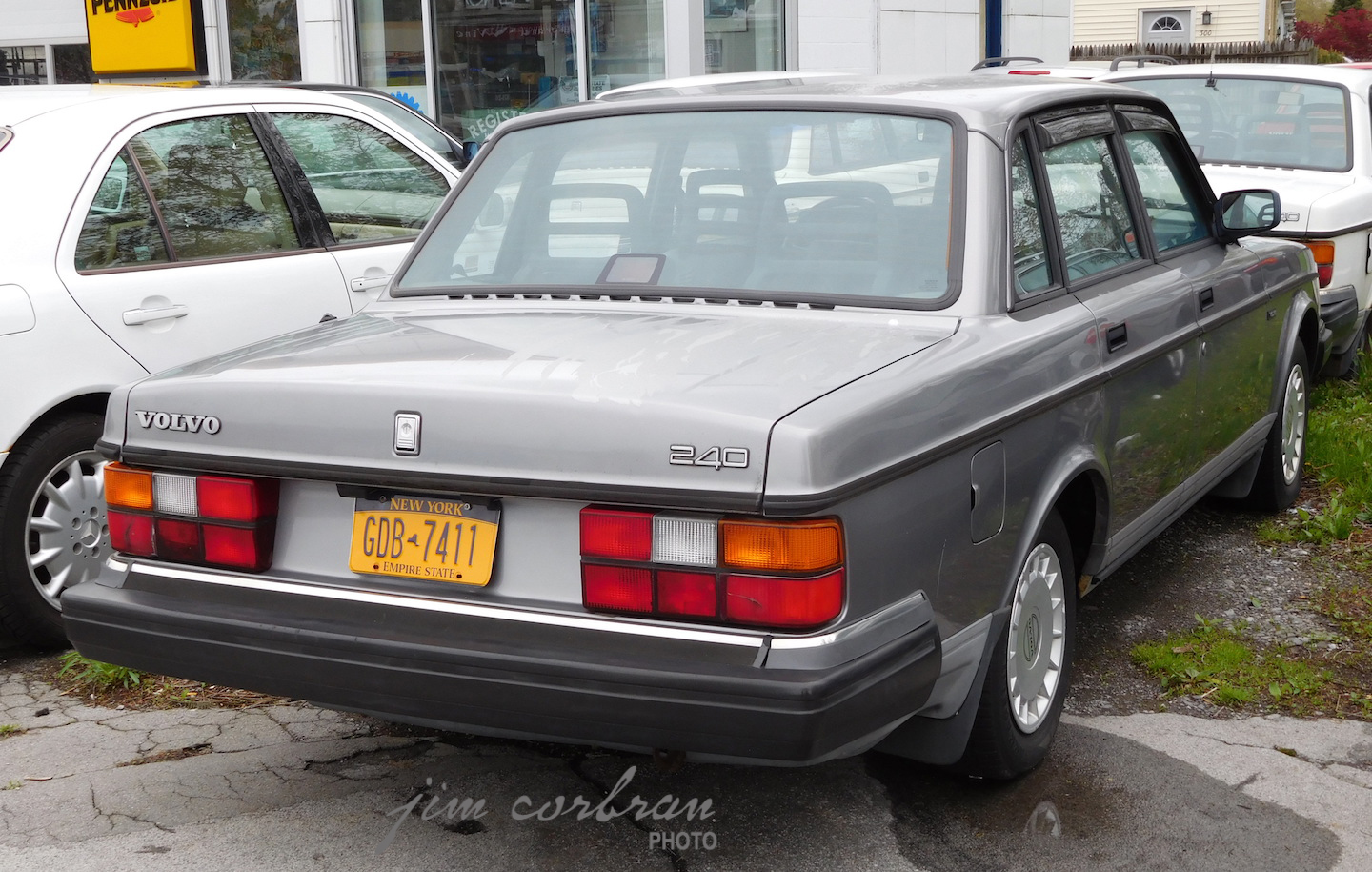 One thing I remember about listening to Car Talk on NPR, was that just about any time a caller would ask for a car recommendation for a son or daughter heading off to college, how often the answer would be something similar to this Volvo 240. We saw this one last year in North Buffalo, a pretty base 240 four-door sedan from the late 1980s-early 1990s. The 240 was offered for model years 1986-93; it was preceded (from 1974-82) by the 200 series cars, where the second digit represented the number of cylinders, while the third indicated the number of doors (a 245 would be a four-cylinder station wagon, while a 262 was a two-door coupe with a six-cylinder engine. Solid, dependable, safe transportation.