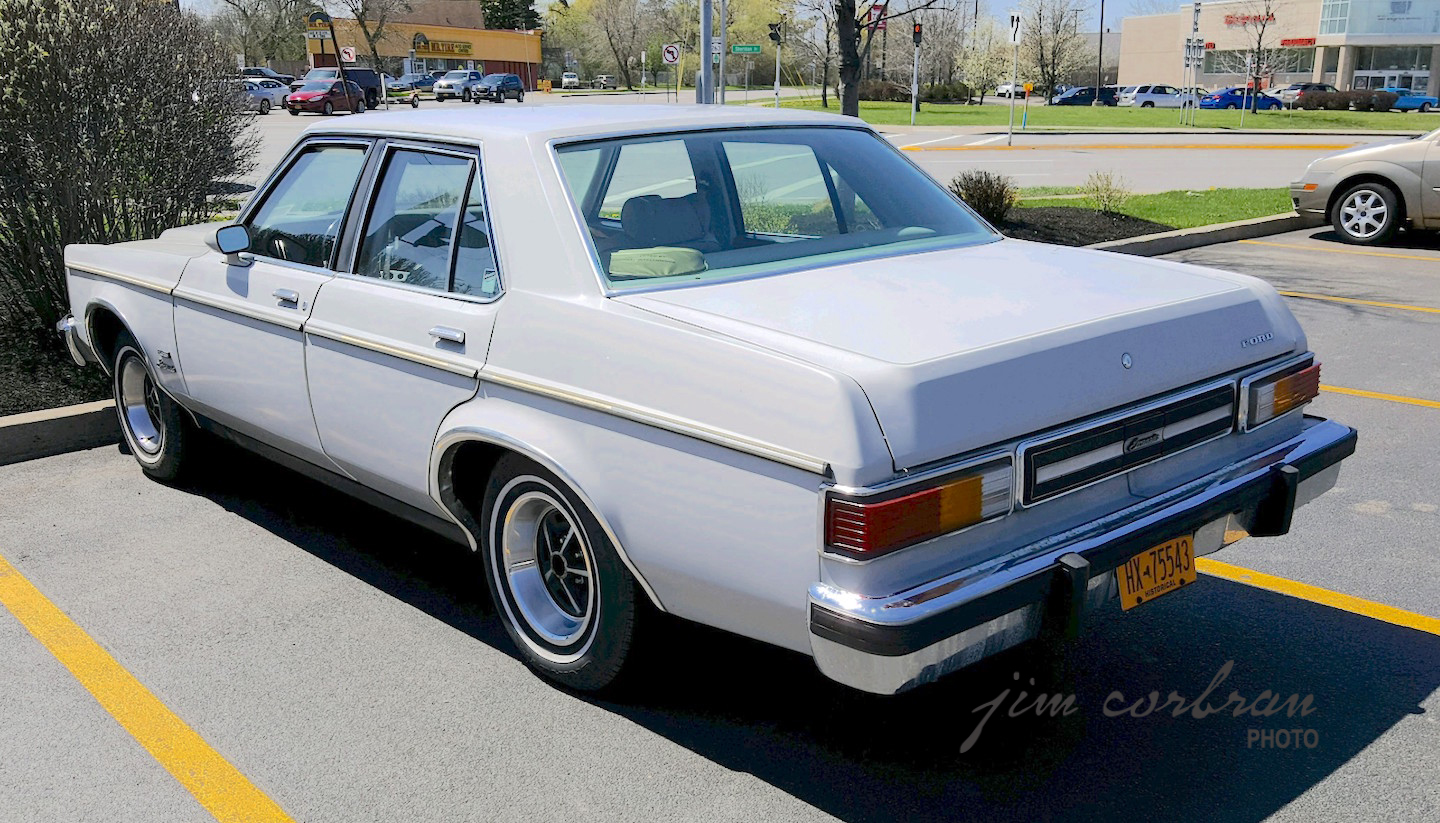 These were so prevalent back when they were new that I can’t believe we don’t see more of them on the road today. This 1978 Ford Granada, seen a few weeks ago in Amherst, is one of almost a quarter-million built that year. Introduced for model year 1975, and cheekily compared to a Mercedes-Benz in Ford’s advertising (bottom), the Granada (and its Mercury cousin, the Monarch) certainly struck a chord with compact car shoppers. They were originally supposed to replace the Maverick/Comet, but with the US in the midst of an oil crisis, Ford decided that the more compacts, the merrier. The Maverick continued on until MY 1977, and was finally replaced by the Fairmont for 1978; the Granada soldiered on until 1982, and sort of morphed into a mid-size LTD for 1983 while the former full-size LTD became LTD Crown Victoria.