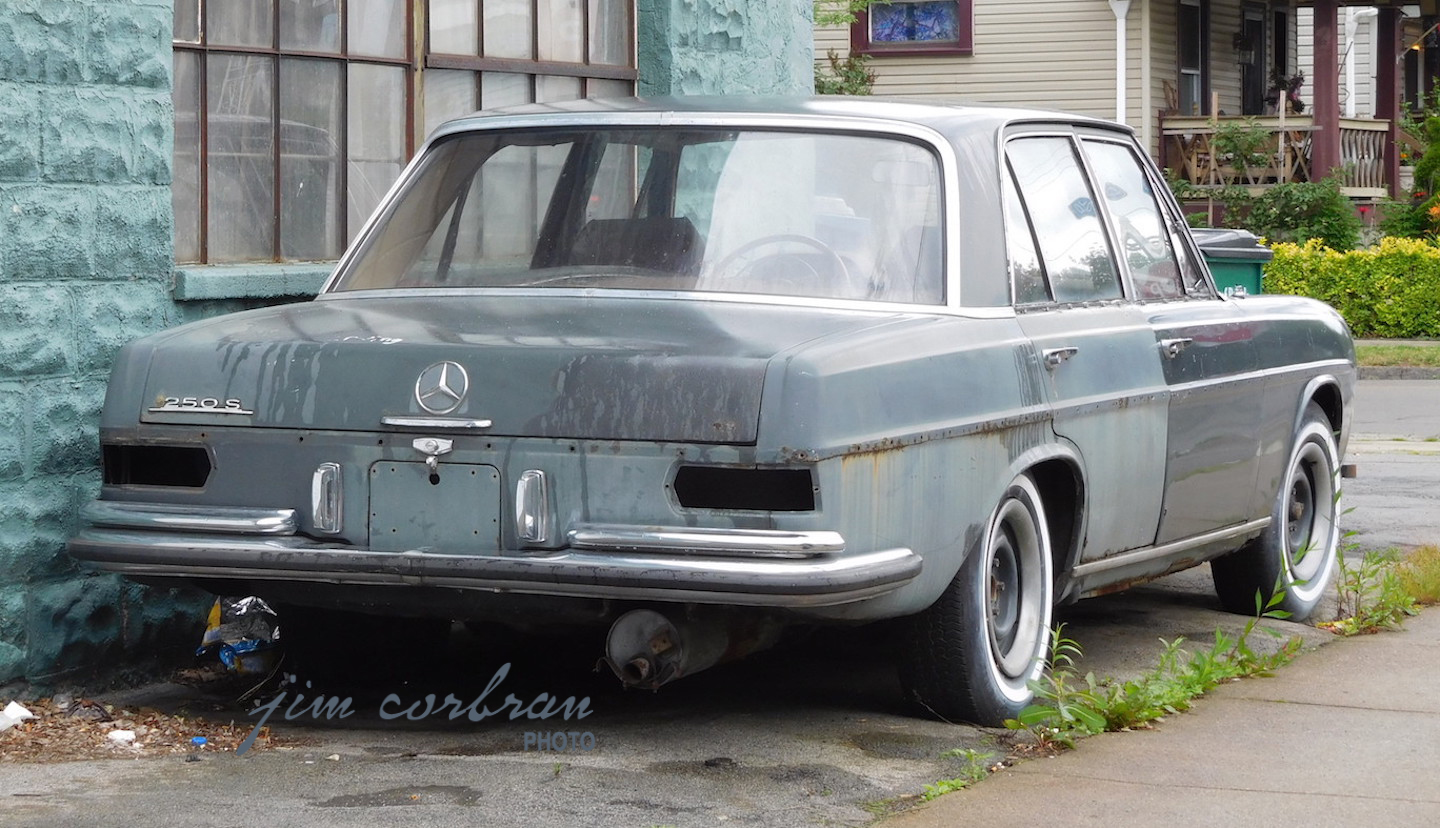 This Mercedes-Benz 250 S was seen a while ago in Buffalo’s Riverside neighborhood. Looks like a few parts have been removed — maybe for another project? — but overall this German luxury sedan looks very restorable (from the outside). The 250 S was built from 1965-72 and was an offshoot of the larger 300 series. Still, one of the most handsome sedans you could buy — now or then. A lack of federally-mandated side marker lights would make this one a '65 or '66.