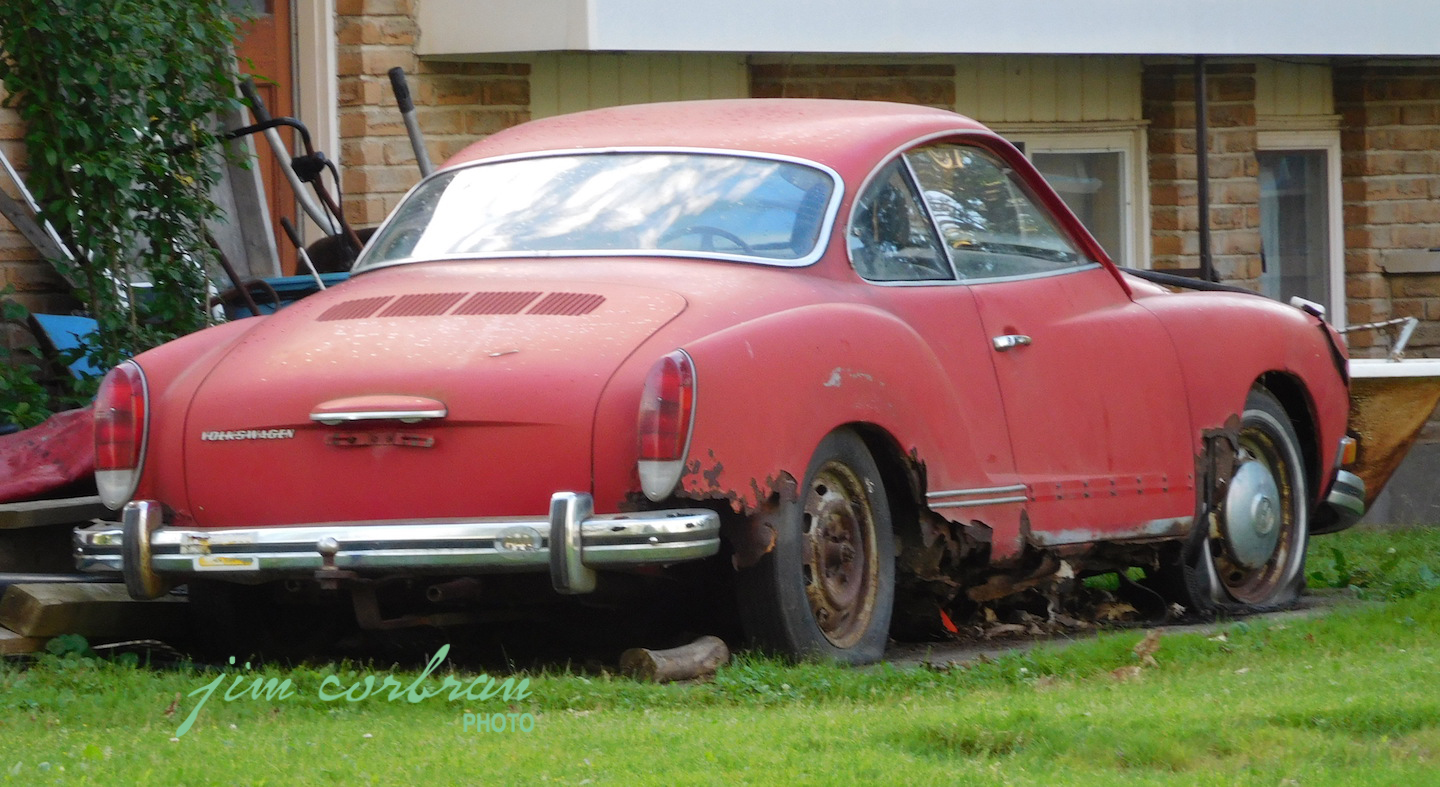 In the brochure we’re told “En sportslig Volkswagen med karosseri fra Karmann og Volkswagen pålitelighet.” If your Norwegian is a little rusty, I’m going out on a limb here and translating it to read “A sporty Volkswagen with coachwork by Karmann and the reliability of a Volkswagen.” Close enough. This 1971 VW Karmann-Ghia, seen last summer in Fort Erie, was based on the VW Beetle, with a much more sporty exterior along with a much less roomy interior. K-Ghias were built from 1955-74, ultimately replaced by the Scirocco whilst the Beetle’s spot in the lineup was been taken by the Rabbit.