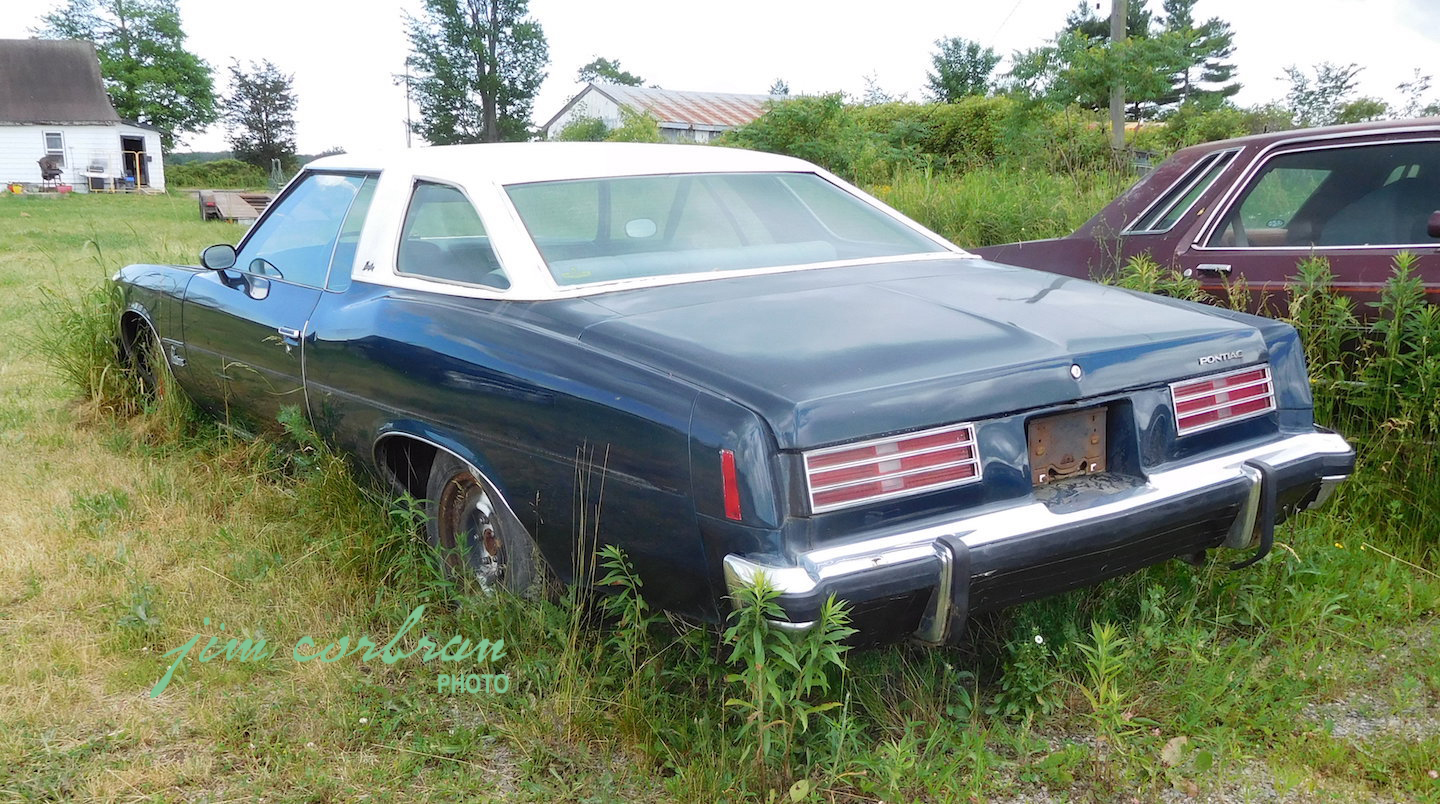 Another old gem which looks like it’s been parked for a while is this 1975 Pontiac Parisienne Brougham, seen a couple of summers ago just outside of Welland. The Parisienne at this point was still a Canadian-only model; the full-size lineup north of the border, top-to-bottom, read as follows: Grand Ville Brougham, Bonneville, Parisienne Brougham, Catalina, and Laurentian. The Laurentian was also a Canada-only model concocted in the 1950s, based on the smaller Chevrolet chassis, which helped Pontiac move into the number three sales spot behind Chevy and Ford.