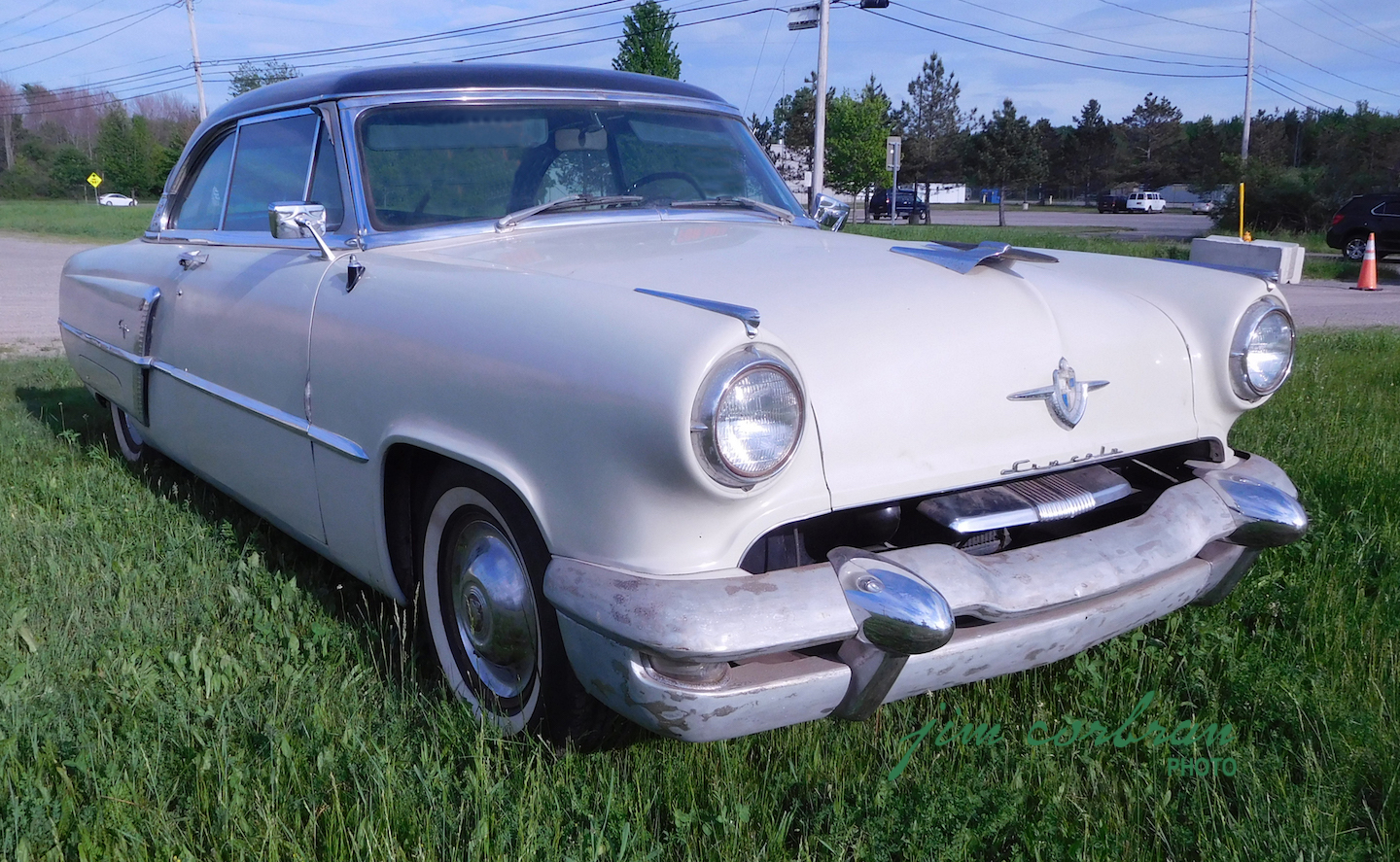 Ford-loyal car shoppers who’d done well for themselves didn’t quite have the model progression hierarchy than GM customers did. Once you graduated from Ford to Mercury, Lincoln was the last step on the ladder. Sales of Ford’s luxury brand in the 1950s were nothing for stockholders to get excited about – especially when compared to Cadillac. Nicely-designed cars for sure, but the difference between a Ford and a Lincoln — as least as observed from your neighbor’s driveway — was far less than the difference between a Chevy and a Cadillac. This 1952 Lincoln Capri was seen a couple of weeks ago on a Town of Evans roadside with a for sale sign in the window — waiting for one of those Ford-loyal drivers to happen on by. Looks to be in good shape from what we could see.