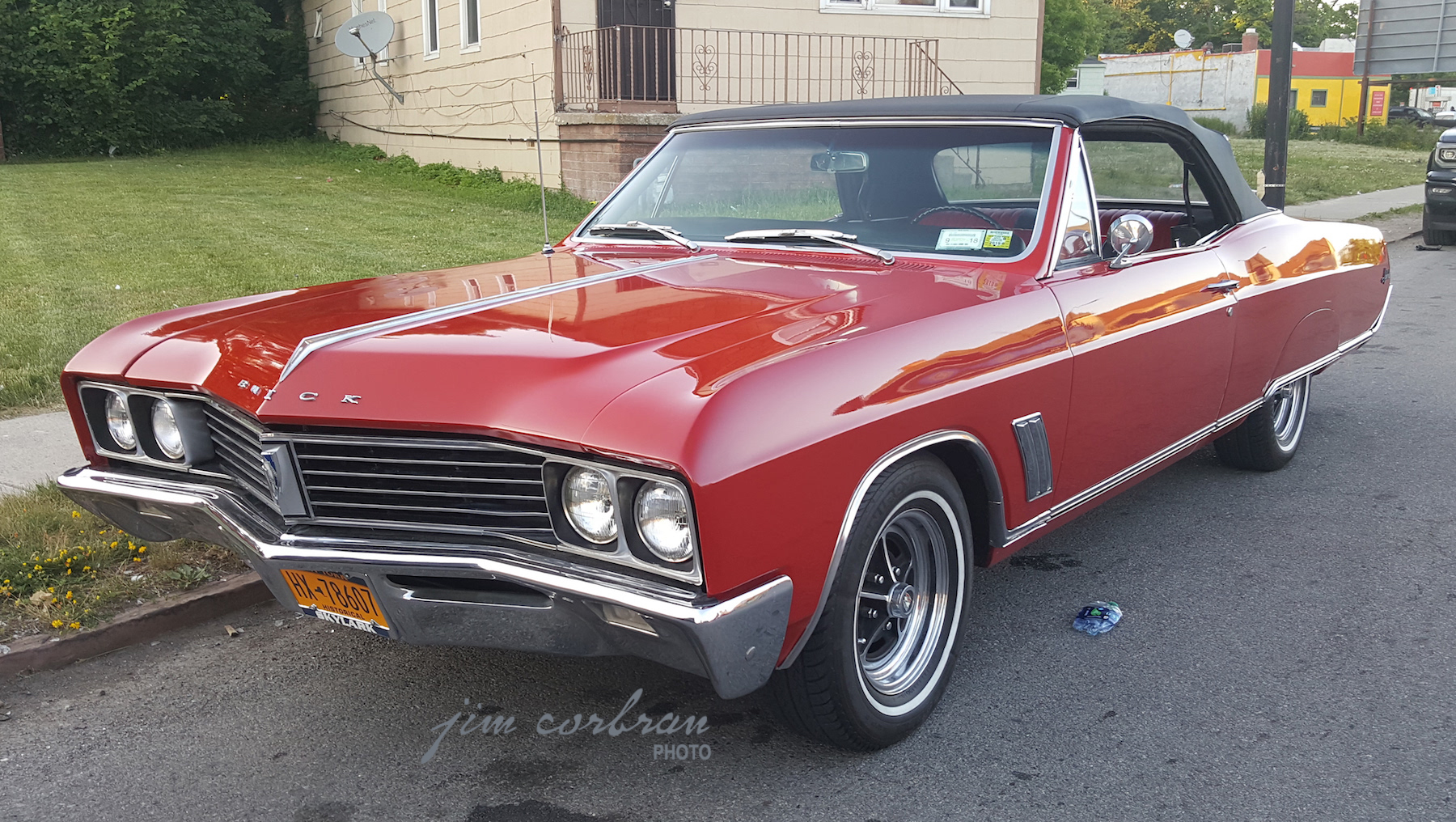 Came across this 1967 Buick Skylark near Buffalo’s Martin Luther King Jr. Park while taking part in last week’s East Parade Circle bicycle ride with the Slow Roll Buffalo group. You never know what you might run into on one of these rides through Buffalo’s historic neighborhoods! This Skylark is certainly historic — it’s a 51-year-old car which looks like it just drove out of a new-car showroom. The Skylark convertible was, for some reason, a mere five dollars cheaper than the Skylark hardtop, and with an MSRP of $2,945 it was Buick’s least-expensive convertible.