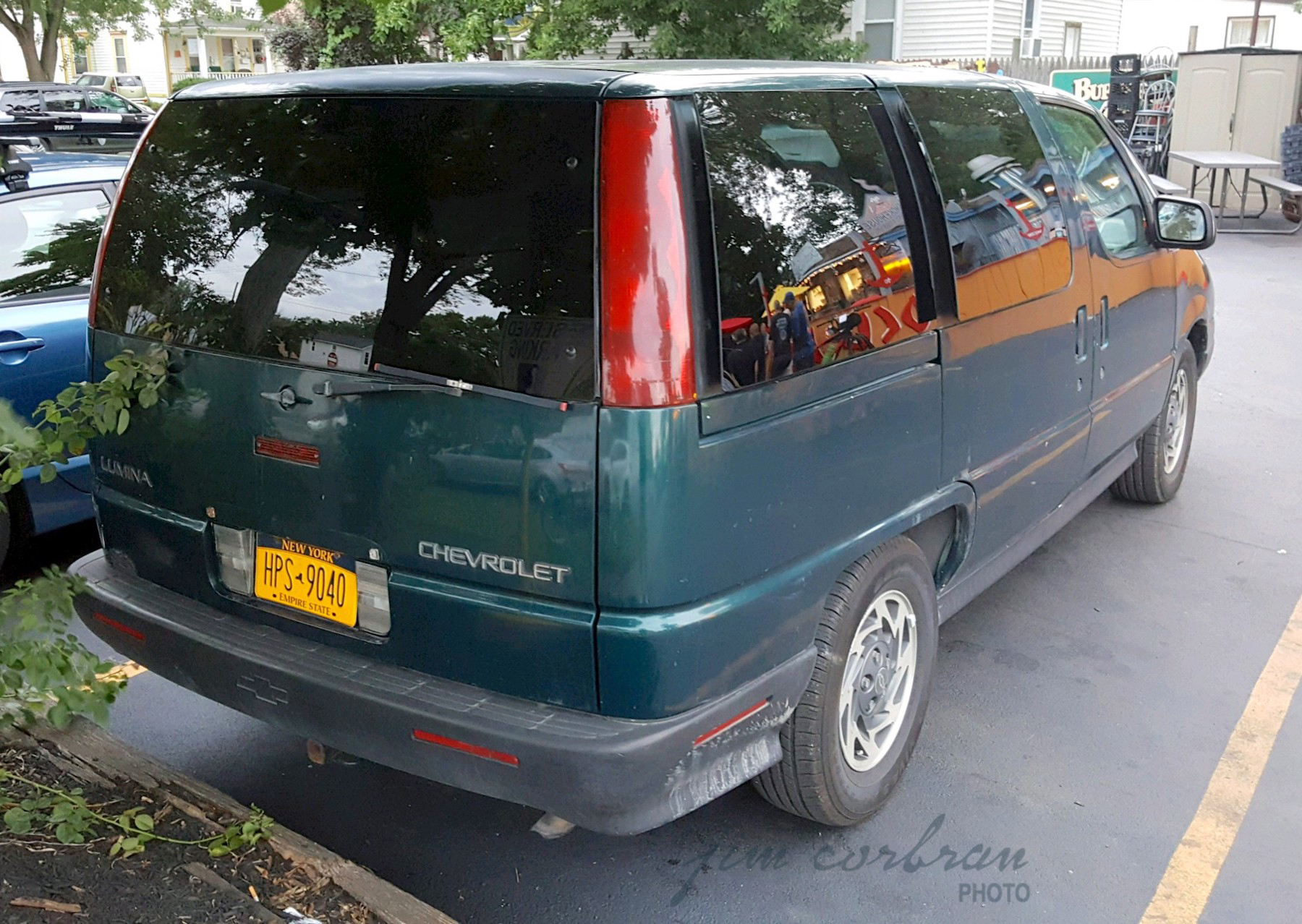 Hanging out and having a cold one after last Wednesday evening’s Blues & Rock n’ Roll Bike Ride at Old Man River in Tonawanda, I spied Kenmore’s Bill Brabson in the parking lot, sitting in his 1995 Chevy Lumina Minivan listening to the music of Miller and the Other Sinners (performing on the stage next to the clam bar). Although certainly not one of the older RealRides we’ve featured here over the years, it’s one of the more interesting — perhaps because they’re rarely seen anymore. Brabson bought his Lumina back in 2012, and right now it has only a tad over 74k on the odometer. Earlier versions of the fiberglass-bodied Lumina Minivan (and its Pontiac Trans Port and Oldsmobile Silhouette cousins) were often referred to as Dustbusters, because of the resemblance to the little hand-held vacuum cleaners (see below), when introduced for model year 1991. The front end became less pointed for 1994 (although the space between the base of the windshield and the dashboard still rivaled that of many Manhattan apartments, lol); the 1996 models were the last.