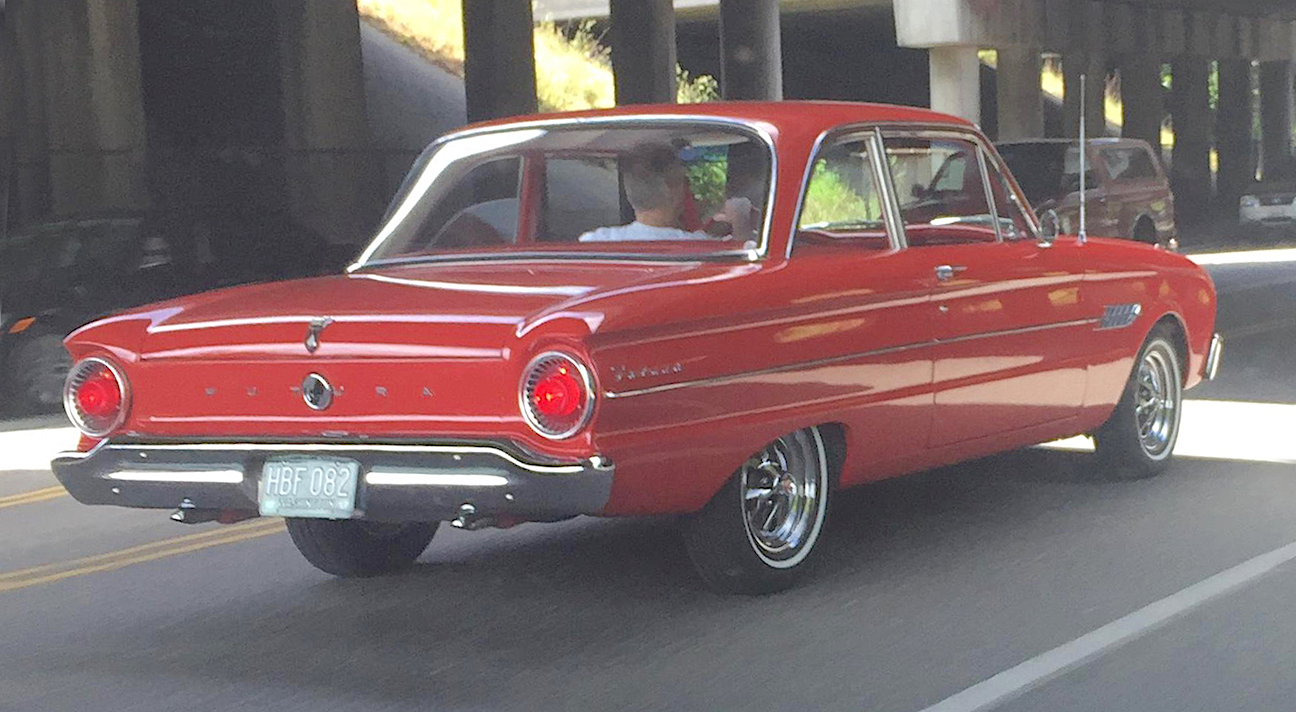 By the time this 1962 Ford Falcon Futura was unveiled I guess Detroit figured it was time to fancy-up its import-fighting compacts which it had introduced a scant two years earlier. After all, gotta give the Joneses something for the other neighbors to keep up with! The Futura was initially available only as the two-door sedan you see here (eventually it grew into a series). Uptown features included individually contoured front seats (a.k.a. buckets), and such nicities as vented full wheel covers, deluxe ash trays front and rear, an emblem on the glove compartment door, and a Thunderbird-inspired between-the-seats console. Part-way through the model year, Ford gave the Futura a Thunderbird-inspired squared-off roof and rechristened it the Sports Futura. This nifty Futura was spotted on the road by former WNYer and current RealRides west coast photographer Katie Corbran a few weeks ago in Seattle, Washington. Got a RealRideyou'd like to see featured here? Drop us a line at realrides@buffnews.com