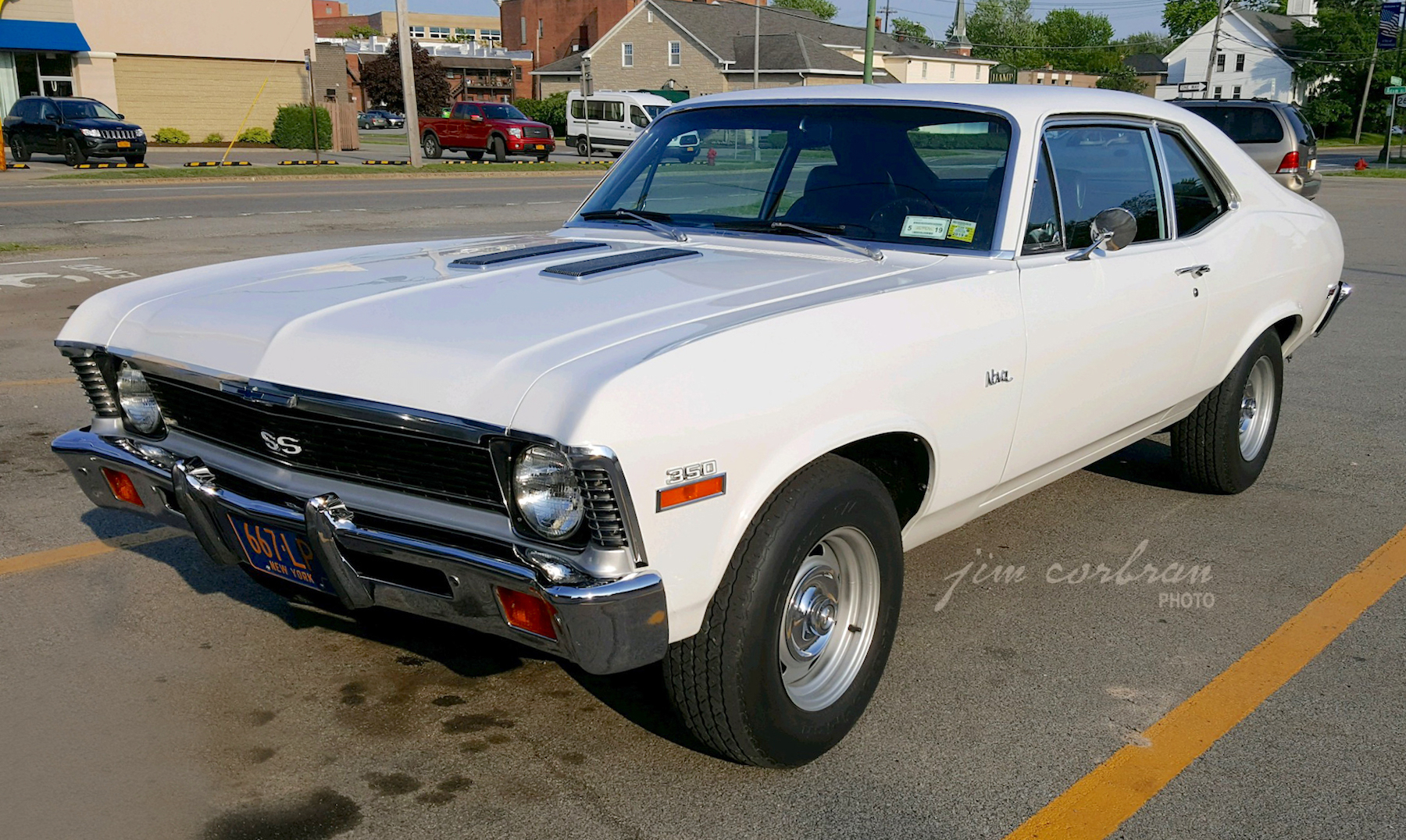 When first introduced back in 1962, the Nova was the upscale nameplate of Chevy’s compact Chevy II. Then the line was completely redesigned for 1968, and rechristened the Chevy II Nova, with the Chevy II portion of the name getting dropped for 1970. This 1971 Chevy Nova has the optional SS package, which included: a 350 cu. in V-8, power front disc/rear drum brakes, special suspension, and 14 x 7 wheels with E70 x 14 white stripe tires. Cosmetics included the simulated hood vents, along with a blacked-out grille and rear panel which each contained a chrome SS emblem. Saw this white example a while ago in Tonawanda.