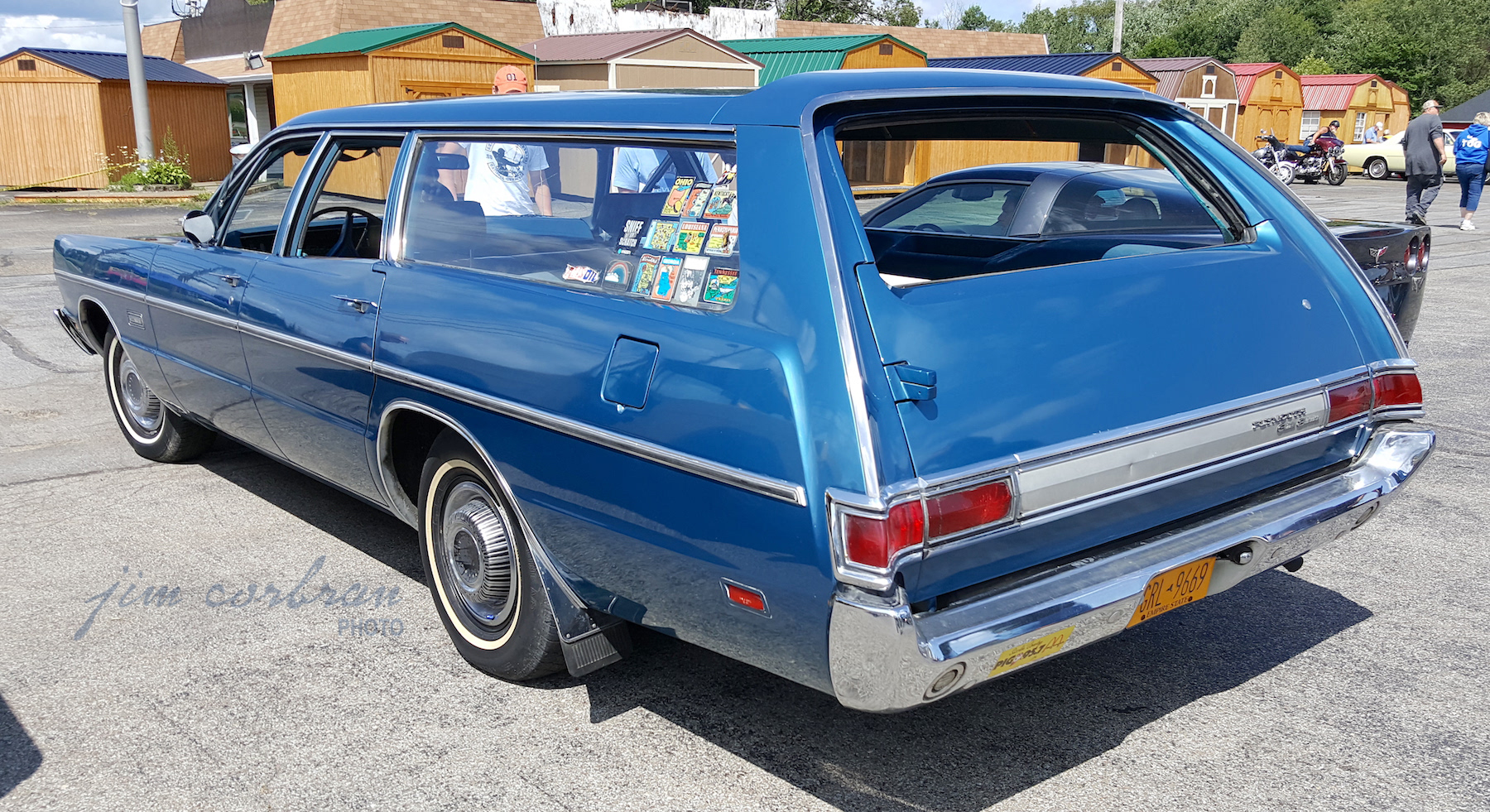 This 1969 Plymouth Custom Suburban is a real Mom & Dad car if ever I saw one! Seen a couple of weeks ago at the My Generation Music Festival, Car & Bike Cruise-In (held at the old Earl’s Drive-In in Sardinia), it was probably one of the biggest cars there. After pulling in, a gaggle of guys got out and dusted it off for the crowd to admire. Not only did these Fury wagons hold just about any American family in the back, they could also take a 4 x 8 sheet of plywood without breaking a sweat, with more than four feet of space between the wheel wells. A Rear Integral Wind Deflector (see illustration) was advertised as keeping the power tailgate window cleaner longer, and the two-way tailgate made getting in (or getting things in) easy. A 318 cu. in. V-8 was standard in the Fury wagons, along with a column-mounted three-speed manual transmission (although I’ll bet most of them left the factory with the optional 3-speed automatic). My vote for most interesting car at the show. Nice!

The post “RealRides of WNY” appeared first on Buffalo Car