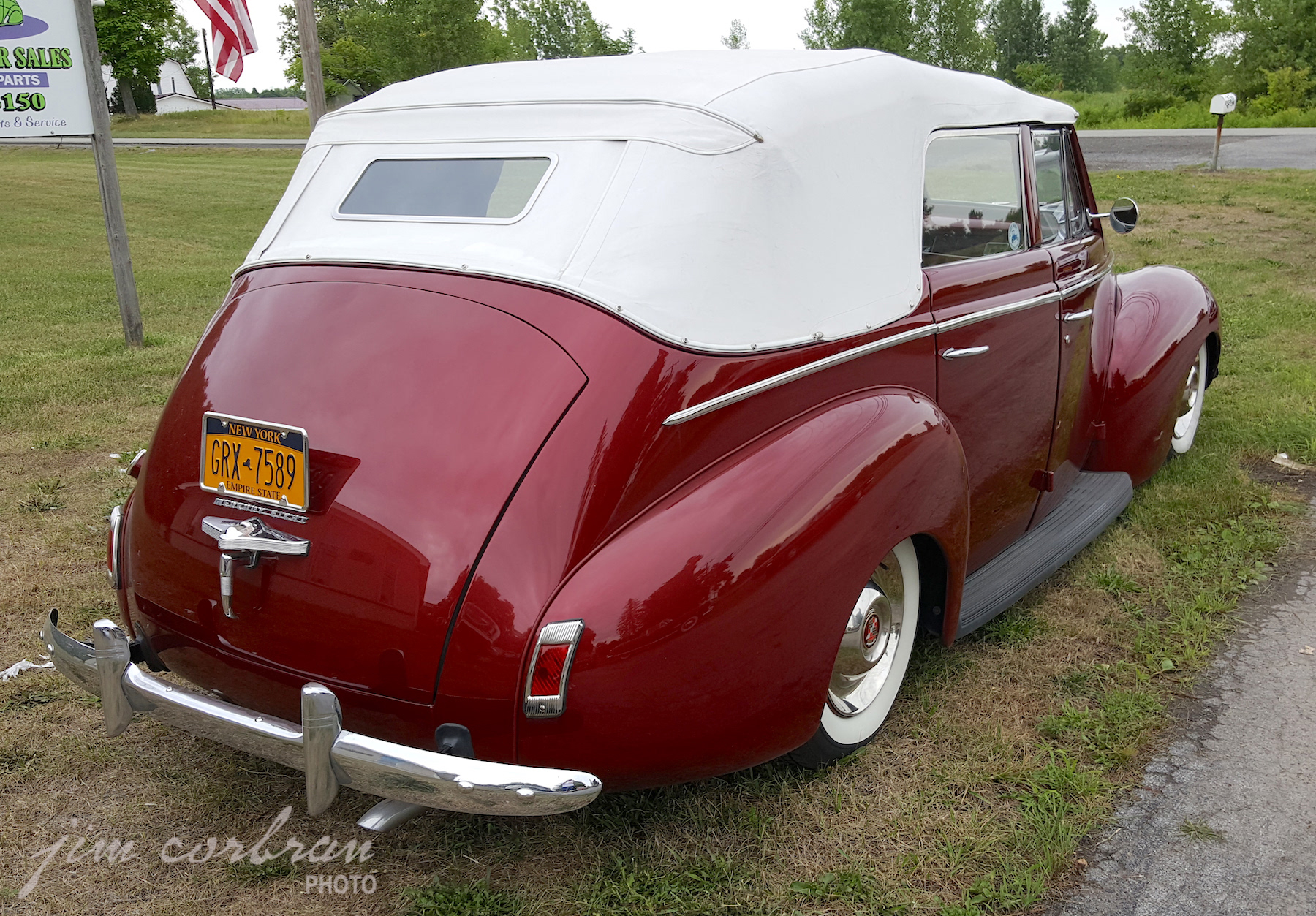 Okay, when’s the last time (if ever) that you came across a 194O Mercury Eight convertible sedan? Mercury advertised it as Your June-and-January Car. Although four-door convertible cars were pretty common back in the 1920s & 1930s, by the World War II era they were losing popularity. In their introductory brochure for the newly-introduced 1939 Mercury, Ford tells us that …thousands of motorists have asked for a larger car than the Ford, with all the fundamental virtues and advantages of the Ford V-8, and priced according to Ford’s standards of value. I’m not sure just how many of those thousands worded their request so eloquently, but the Mercury line bridged the gap between Ford and Lincoln (and for the briefest of moments — Edsel) until the last Grand Marquis rolled down the assembly line in 2011. Saw this nifty red example (for sale) a couple of weeks ago in Akron.