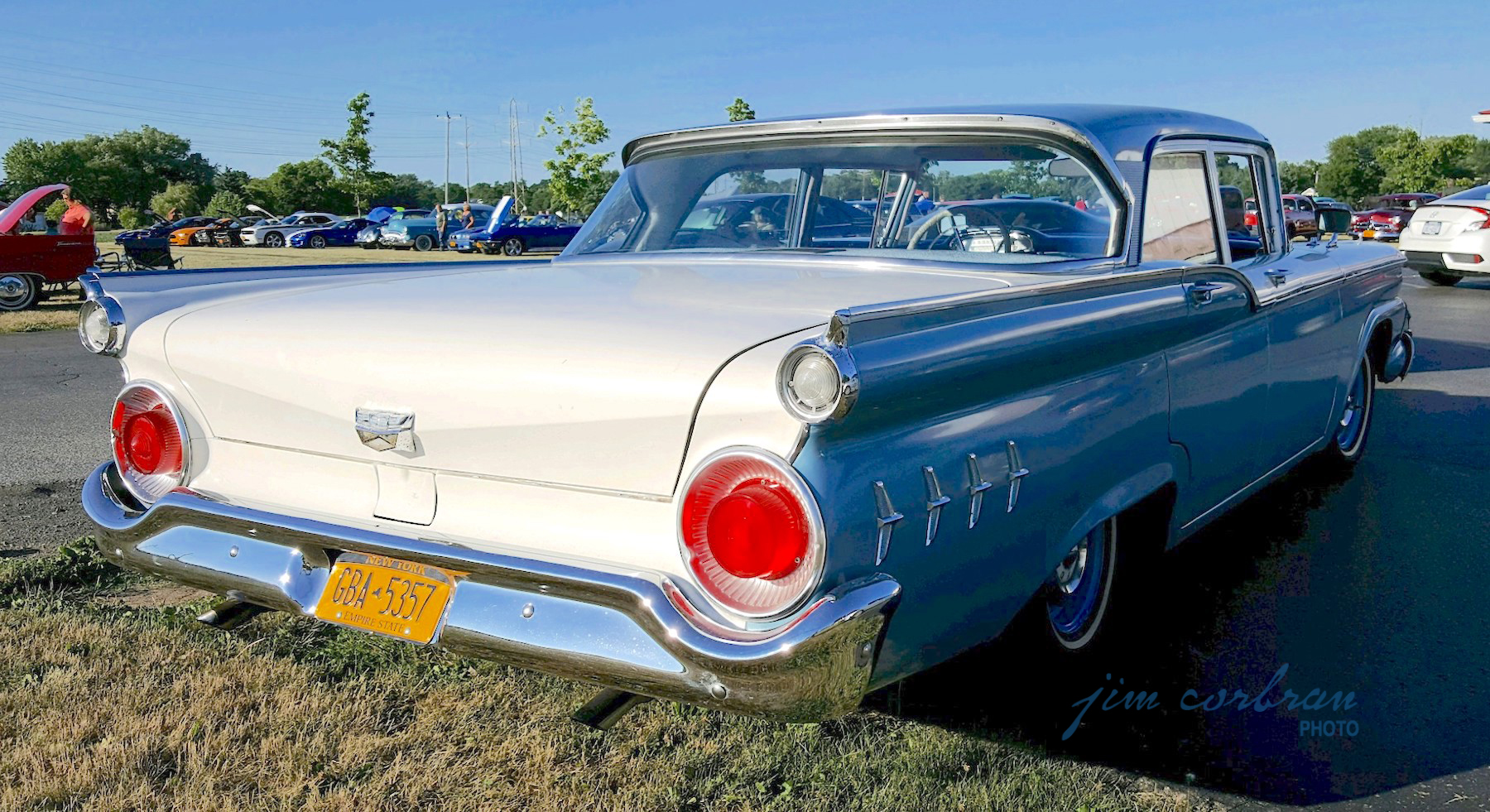 Ford seemed to be in a quandary as to what badge to slap onto its lowest rung cars for a number of years. In 1959, Ford Custom 300 seemed right, as it did the previous year. In 1957 it was just a Ford Custom, with the Custom 300 being a bit fancier. For 1955-56 those cheapies were called Mainlines, while in 1961 they went with Fairlane. Seeing that Fairlane was used as the name for a new mid-sized car in 1962, the low-rung full-sized Ford was surprisingly named Galaxie; but in 1963 a Custom 300 was added again at the bottom, only to be finally be supplanted from 1964-70 again by the Custom (and, one rung up, the Custom 500). This blue and white example was seen last week in the parking lot during the weekly Sunday Cruise-In at Hoover’s Dairy Store in Sanborn.