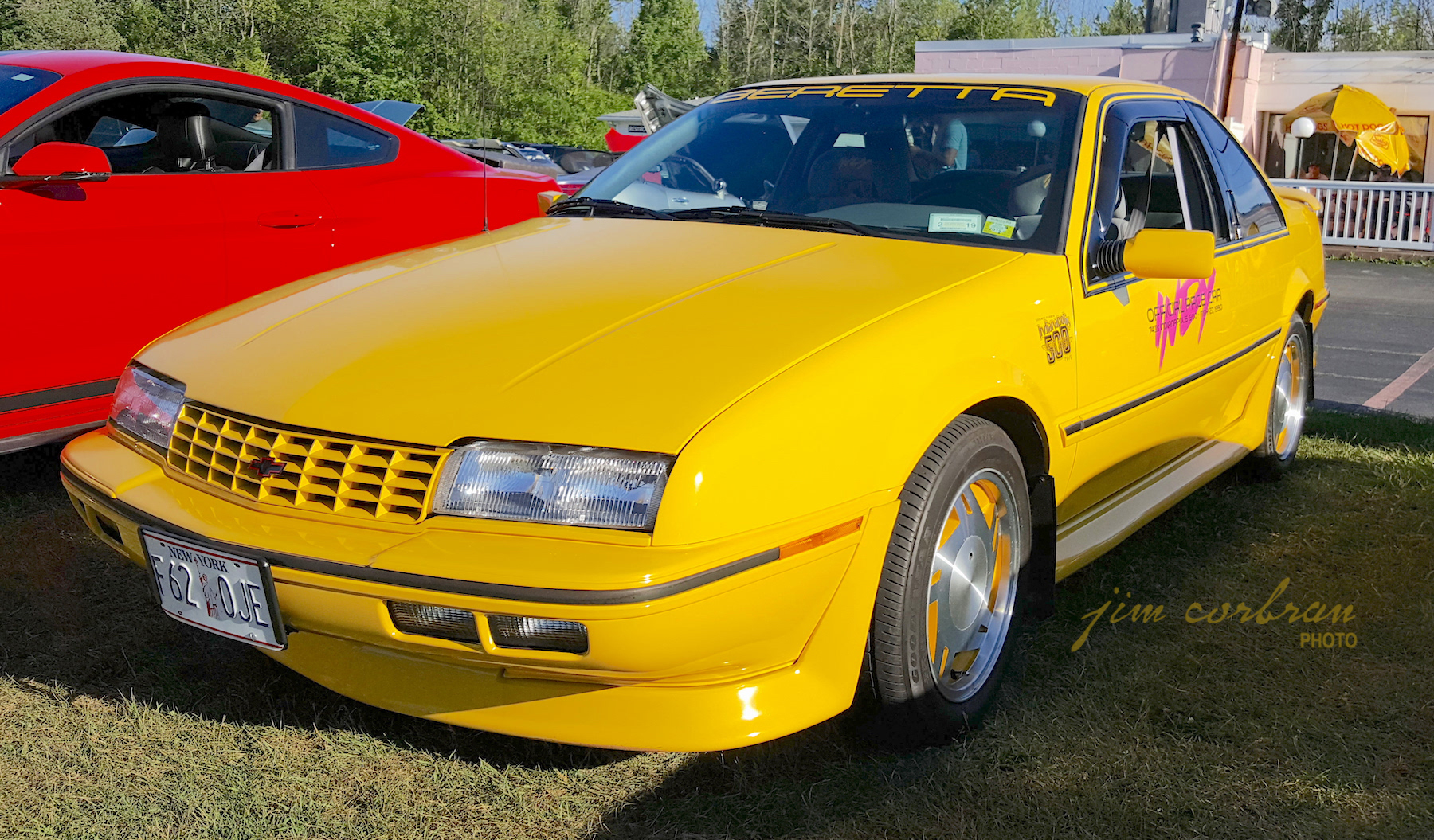 Yes, it’s a Chevy Beretta… but not just any Chevy Beretta. This is the 1990 Chevy Beretta Indy GT coupe — a one-year-only model built to commemorate the Beretta’s moment in the spotlight as the pace car for the 1990 Indianapolis 500 (the actual pace car was a convertible — a body style that never went into production). These cars were built in limited numbers (around 1,500 in yellow and another 3,000 or so in turquoise) and sold through Chevy dealers. The running gear was standard Beretta, but underneath were the components of Chevy’s Performance Handling Package, attached to a set of P205/55R16 Goodyear GT+4 tires. This yellow example, seen a few weeks ago at a Tuesday night cruise-in at Paulter’s in East Amherst, is owned by Getzville’s Mark Hager, who found the car three years ago in a Kenmore Chevy dealer’s used car lot! It’s showing around 67k on the odometer, and Hager tells us he adds about another grand per year. Nice example of a nameplate you rarely see on the road anymore. 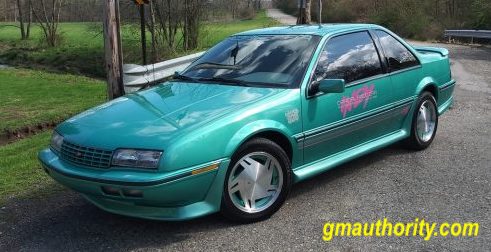