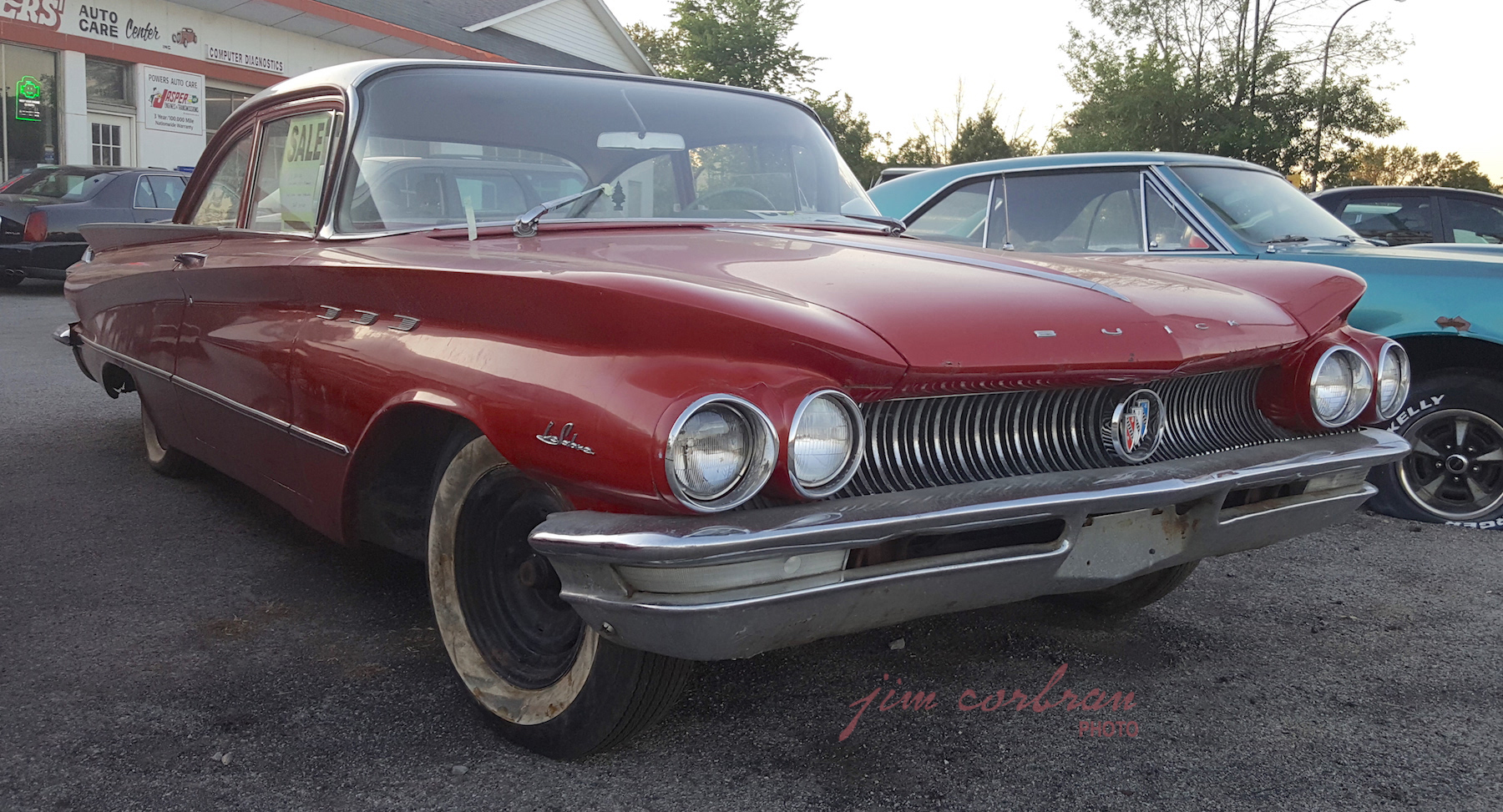 This 1960 Buick LeSabre just needs a little attention to bring it back to its former glory as the brand on the second-highest rung of the GM corporate “ladder of success,” wherein the "lowly" Chevy owner who aspired to drive a Cadillac would first buy a Pontiac, followed by an Oldsmobile, and finally a Buick before reaching the holy grail of Cadillac. This LeSabre was somewhat of an anomaly — a lowly two-door sedan still sold by one of GM’s luxury brands. At an MSRP of $2,756 it was $125 more than a Pontiac Catalina, but somehow 81 bucks cheaper than an Olds Dynamic 88. How’d that ever happen? Saw this one a few weeks back in Tonawanda.