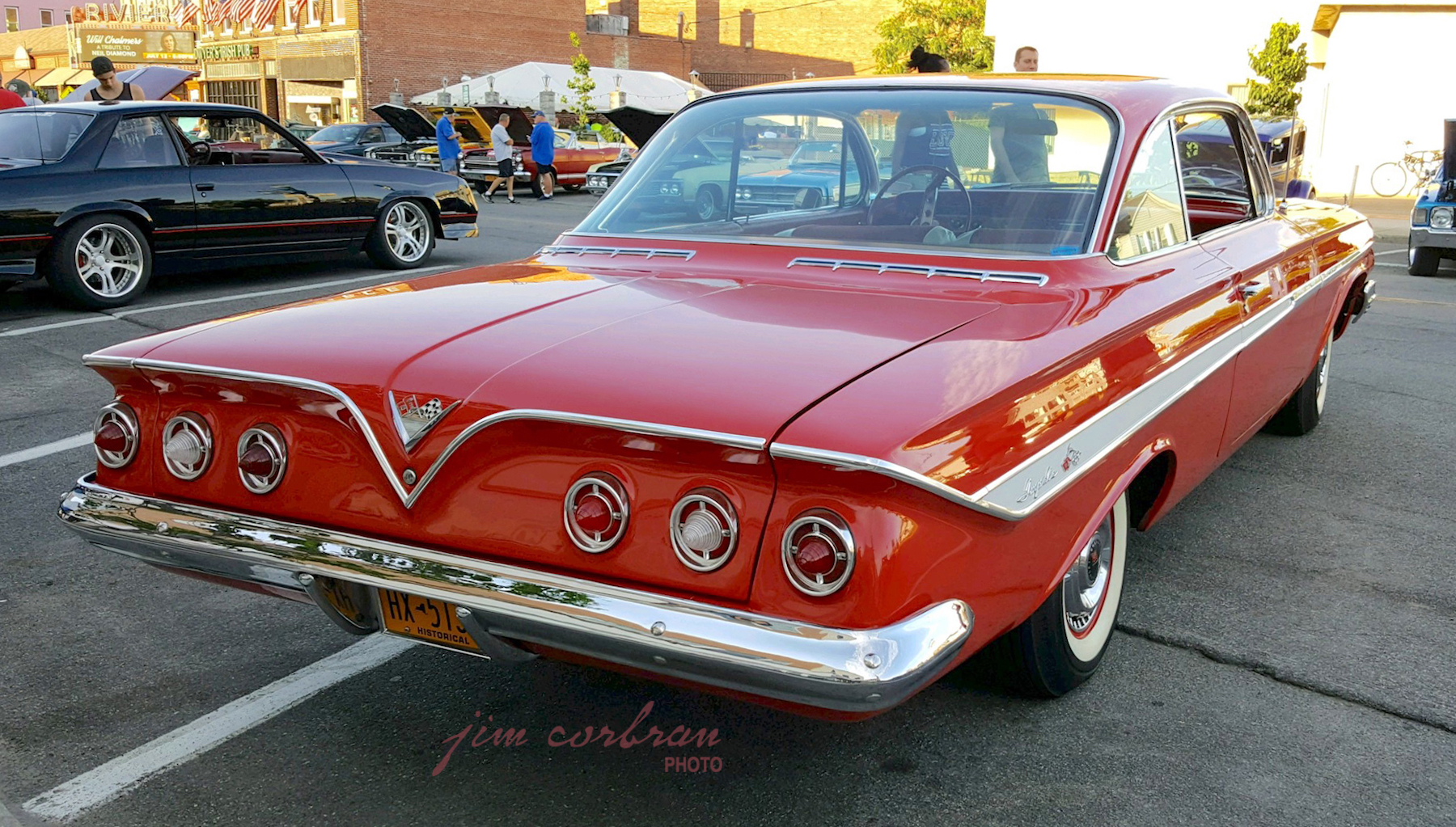 Some call this style 1961 Chevrolet Impala Sport Coupe a bubbletop, due to its rakish, airy roofline (see an actual bubbletop below, Ed “Big Daddy” Roth’s legendary Beatnik Bandit of 1961). The bubbletop was introduced across the line of GM’s full-sized cars for model year 1961 and continued on into 1962. The term came to fruition retroactively when a more formal roofline debuted for 1962 on some higher-end models, with the “bubbletop” still being available on some less expensive models, e.g., the ’62 Impala got the new roofline, while the Bel Air 2-door hardtop retained what is now popularly called the bubbletop. The 1959-60 GM cars had similar rooflines, but for some reason these cars are rarely (if ever) referred to as bubbletops. Saw this Impala last week at a Monday night cruise-in on Webster Street in North Tonawanda.