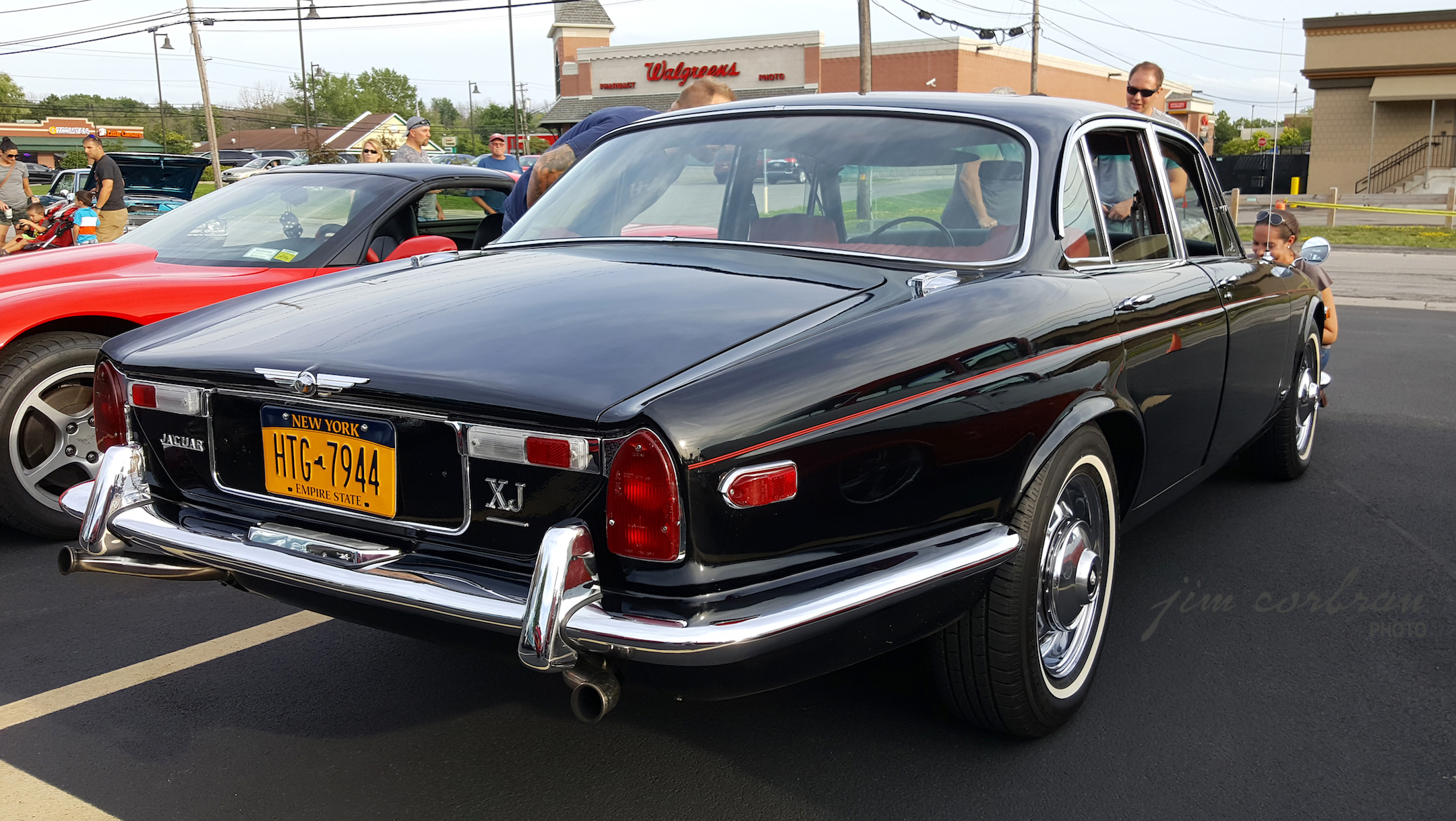 Look closely at the photo at the top of the page and you’ll see West Seneca’s Kristen Lorentz polishing the front of her 1970 Jaguar XJ6, seen here on a recent Friday at one of Striker’s Lanes' weekly cruise nights in West Seneca. Purchased last November (from Lotus of WNY), the XJ6 has Jaguar’s 4.2-litre inline-six engine which is connected to a Borg-Warner three-speed automatic. Four-wheel disc brakes (not so unusual now, but a rarity in 1970), leather upholstery (matched not only for grade and color, but also for grain and texture — according to Jaguar), and a dashboard made from hand-rubbed burled walnut, were all standard equipment. Keeping an eye on her as she wipes away that dust is Kristen’s husband, the perhaps ironically-named Lucas, whose moniker appears here and there on the XJ6’s electrical components.

The post “RealRides of WNY” appeared first on Buffalo Cars-08