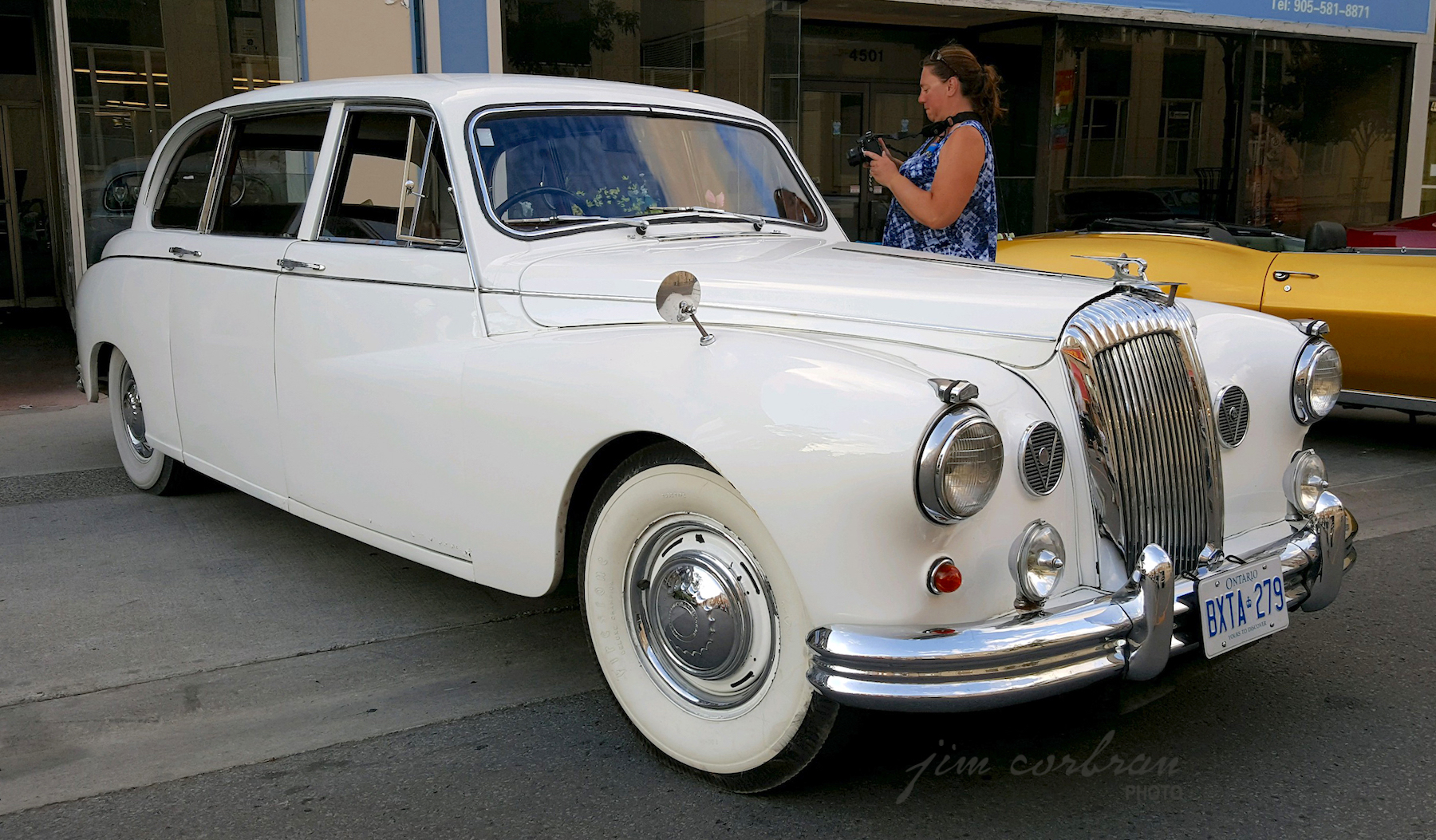 This 1962 Daimler Majestic Major is a limousine produced by the British automaker Daimler — a nameplate once heavily favored by Queen Elizabeth. Built only from 1960-68, Wikipedia tells us that only 1,180 Majestic Majors were produced, with seating for eight if the folding rear jump seats — officially called “twin forward-facing occasional seats” in Daimler’s literature — are utilized (or, is that utilised?). The Majestic Major is powered by a 4.5-litre Daimler V-8 engine, connected to a Borg Warner automatic transmission with a column-mounted shifter. Four-wheel disc brakes, power steering, and (still-working) air-conditioning are also found on today’s feature car, which was on display at last Tuesday’s Cruising On The Q weekly car show on Queen Street in Niagara Falls, Ontario. It's owned by Casey McNab of Community Transport Group, who often rents it out for weddings and other special events.