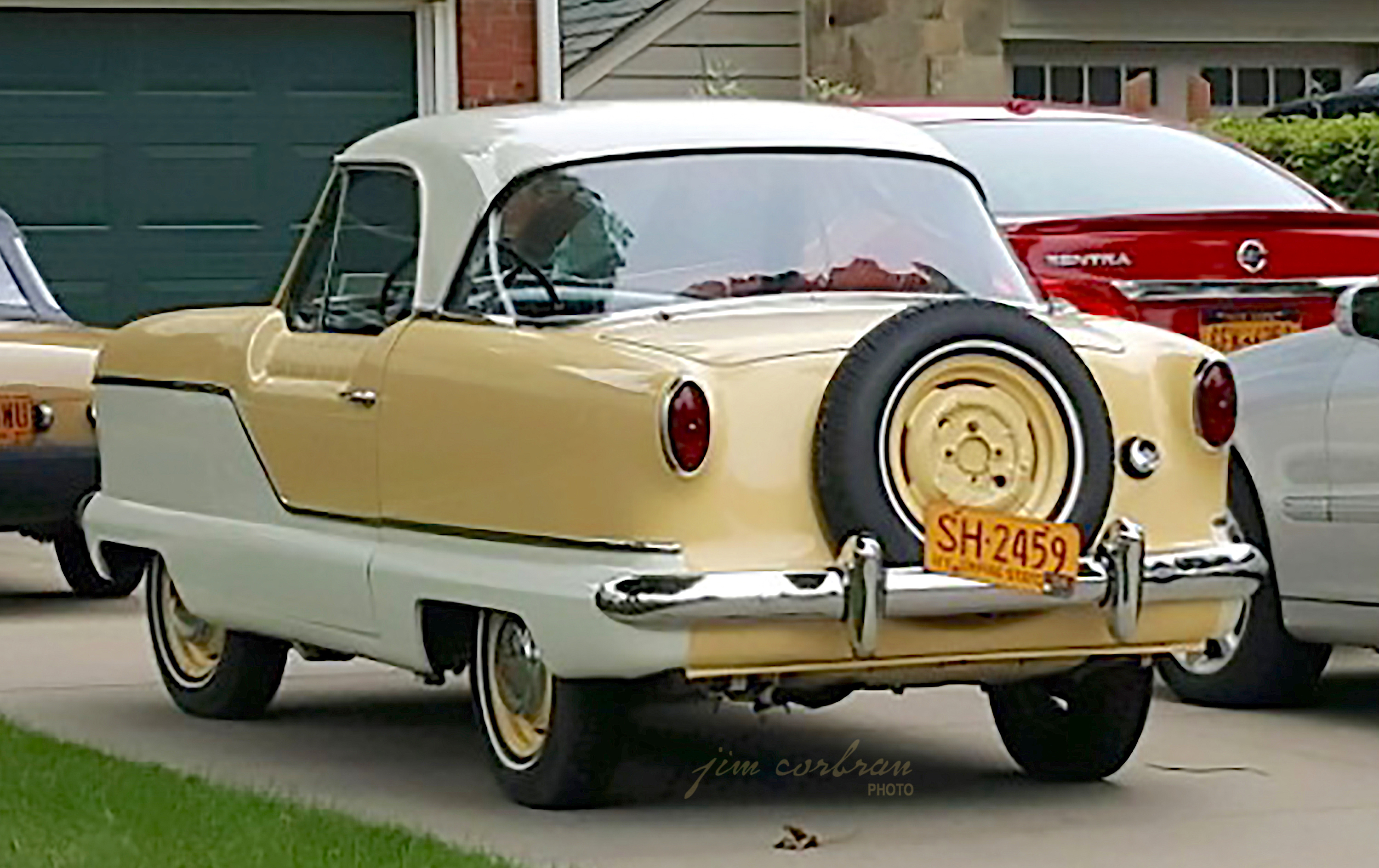 Back when this 1959 Nash Metropolitan was new, it was over five feet shorter than a new Chevy Impala! Available as a convertible or the hardtop coupe seen here, Mets were produced in England by the Austin Motor Car Co., using an Austin four-cylinder engine, mated to a three-speed manual transmission which wasn’t exactly a three-on-the-tree, but rather protruded from the dashboard adjacent to the base of the steering column. For a time after the Nash-Hudson merger, there was also a Hudson version of the Met, which differed ever-so-slightly with Hudson emblems on the grille and hubcaps. This yellow/white Nash example was seen in Kenmore a few weeks ago… and also in the classified section of the Buffalo News where it was listed for sale.