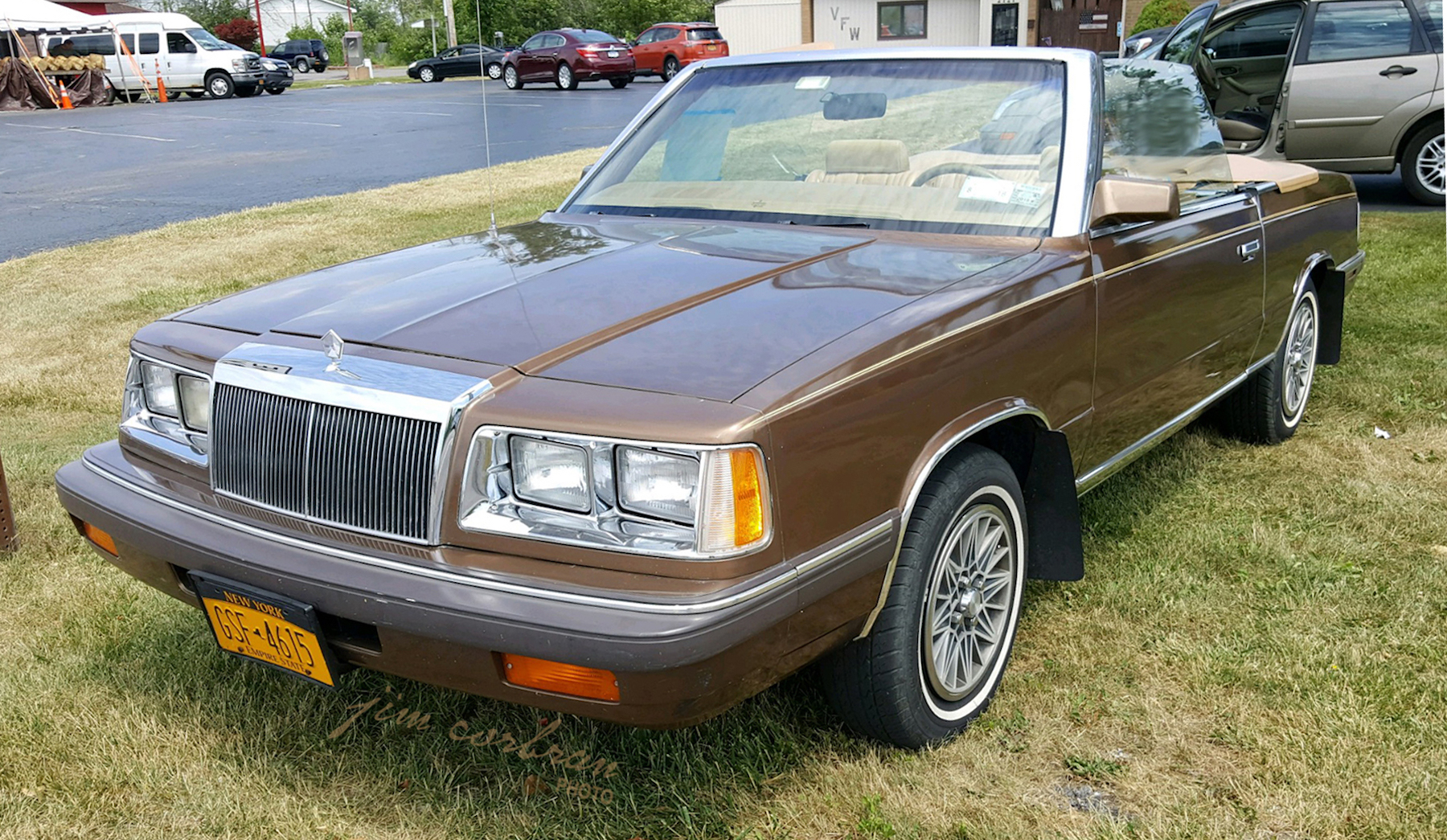 There was a time back in the mid-1970s when it was thought that the convertible body style was dead. This 1986 Chrysler LeBaron is a descendent of the ’82 model, which is considered by many to have ushered in the rebirth of the drop-top body style after most had thought the 1976 Cadillac Eldorado was the last of its kind. Federal safety regulations which would have made this body style impractical to build, which the auto industry was sure were coming, never fully materialized, so Chrysler head Lee Iacocca decided to take the plunge and build a Chrysler LeBaron/Dodge 400 convertible. The plan was to produce 3,000 vehicles; they ended up selling 23,000. And the convertible was back! Saw this one earlier this summer on Grand Island.