RealRides of WNY (on the Road) - 1983 Pontiac Bonneville 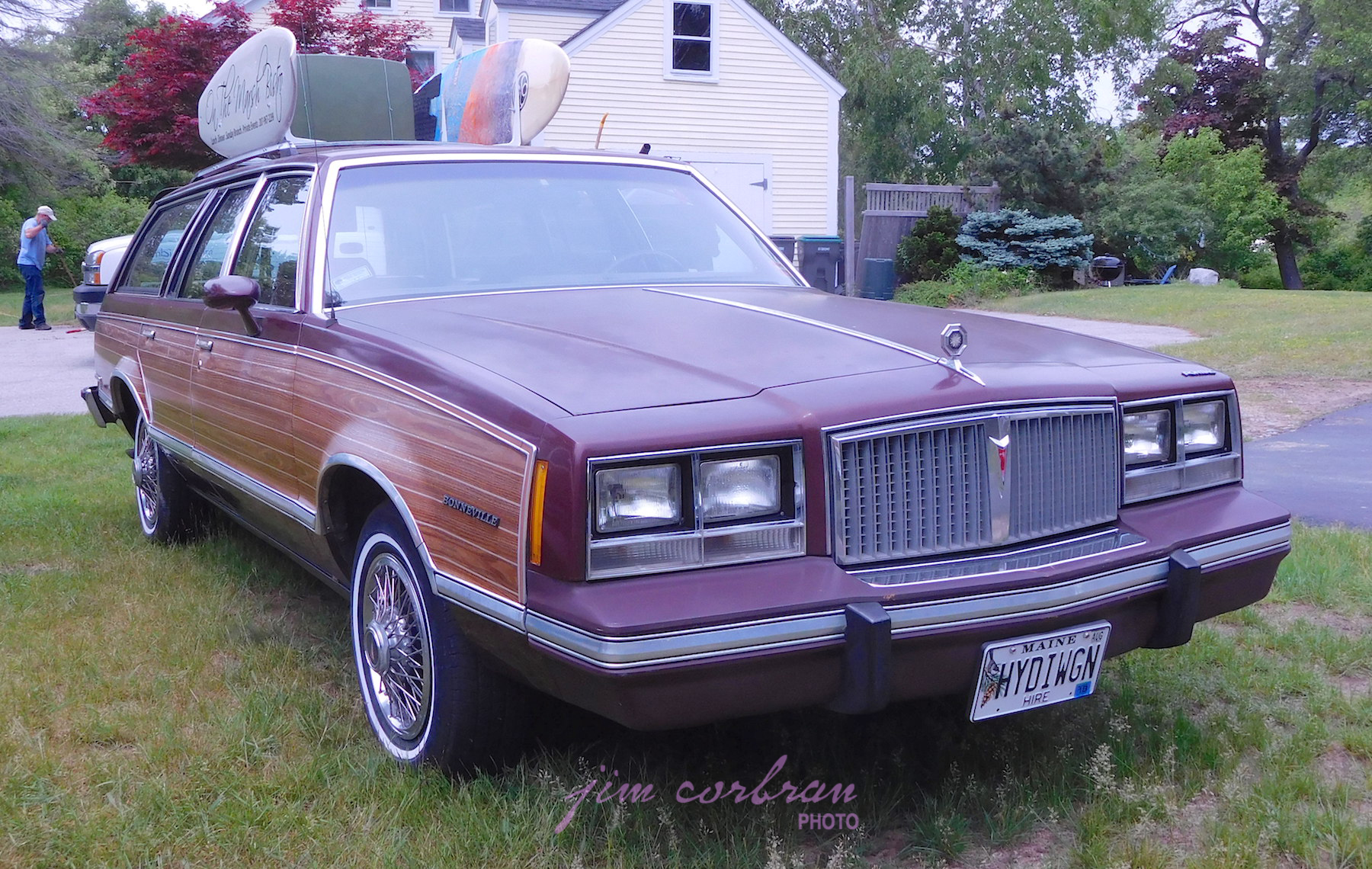 Yesterday’s post (1973 LeMans Safari) reminded me that we’d come across this 1983 Pontiac Bonneville wagon this past June while vacationing in Kennebunkport, Maine. From the livery you can probably guess that it was owned by a transportation company — in this instance, Hydi Drive, and this is one of their HydiWagons used for ferrying tourists and others around the area. When we stopped to take a look at their cars out on the front lawn, the owner came out and informed us that everything was for sale, as she was planning a move out of state (at the time a Buick Roadmaster wagon was also on the lawn). The Bonneville name for decades denoted Pontiac’s plushest car; eventually it was displaced by Grand Ville (1971) which in turn was replaced by… the Bonneville (1977). For model year 1982, the Bonneville name was bestowed upon Pontiac’s mid-sized rear-wheel-drive line (formerly called LeMans). When 1987 rolled around, the Bonneville name was given to an all-new front-wheel-drive sedan, where it remained until 2005. Pontiac (the nameplate) disappeared in 2010.