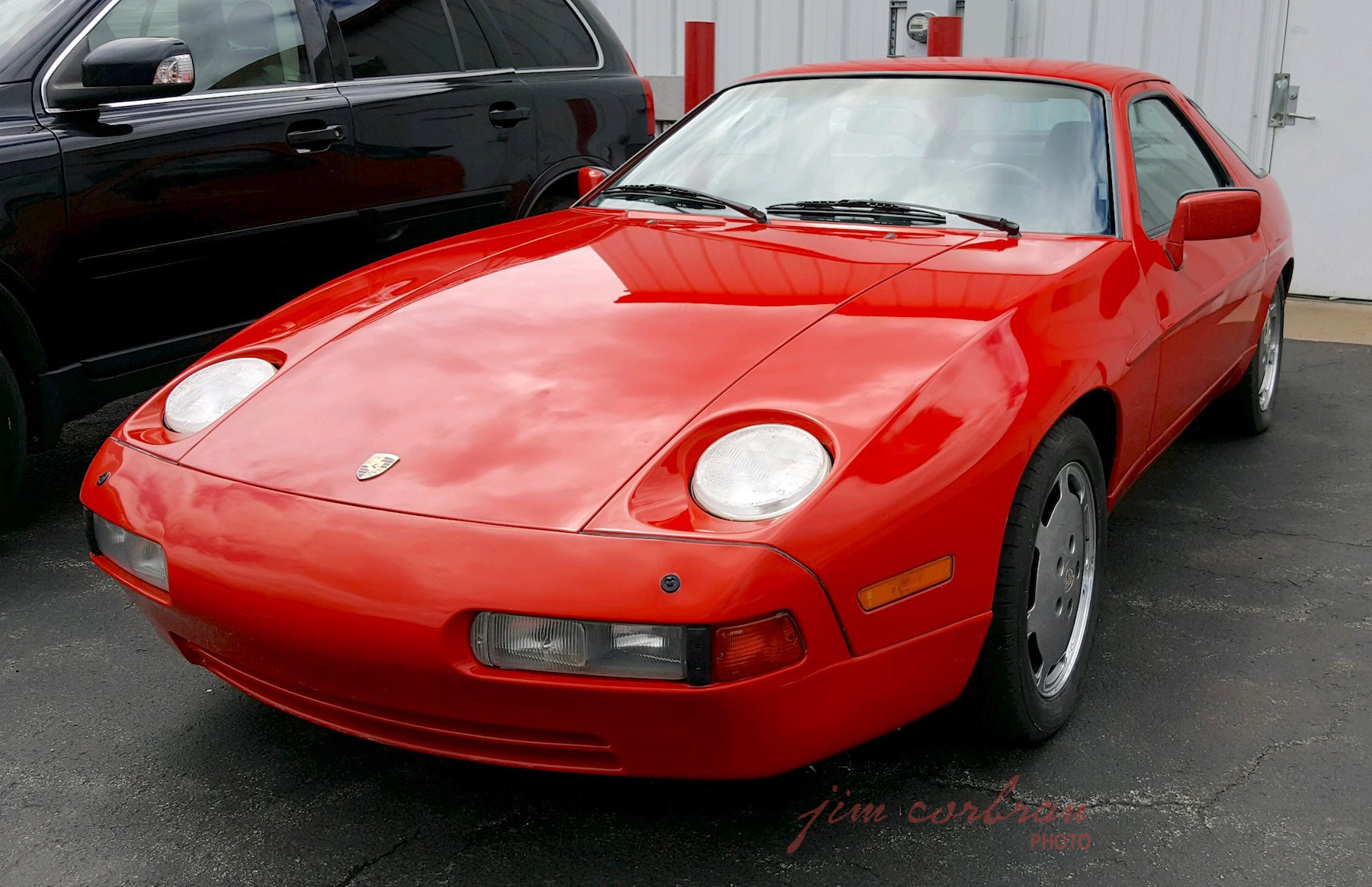 Scratching my head as I came upon this Porsche 928S 4, I kept wondering what the 4 stood for? I was pretty sure it wasn’t four-wheel-drive, and I’d have bet the house that it didn’t have a four-banger under that long hood. Thanks to a Google search, I came across a road test which was published in the January 1987 issue of Automobile magazine, in which Georg Kacher told us it signified the fourth generation of the 928, which had been introduced 10 years back. Of course the 928S 4 has a V-8 — a significantly refined 5.0L, 315-hp engine that Kacher told us turned the luxury Porsche into a 165-mph Autobahn cruiser. A window sticker from a 1989 928S 4 (thank you internet) indicated an MSRP of $74,545. Curiously, that window sticker indicated that yes, you could order front heated seats if you liked — and apparently, you could shut out your passenger if you wanted to by ordering only the left seat to be heated (they were $231 each). A gas guzzler tax of $850 was also added to the bottom line. Production of the S 4 ended in 1991. Saw this nice example over the weekend in Tonawanda.