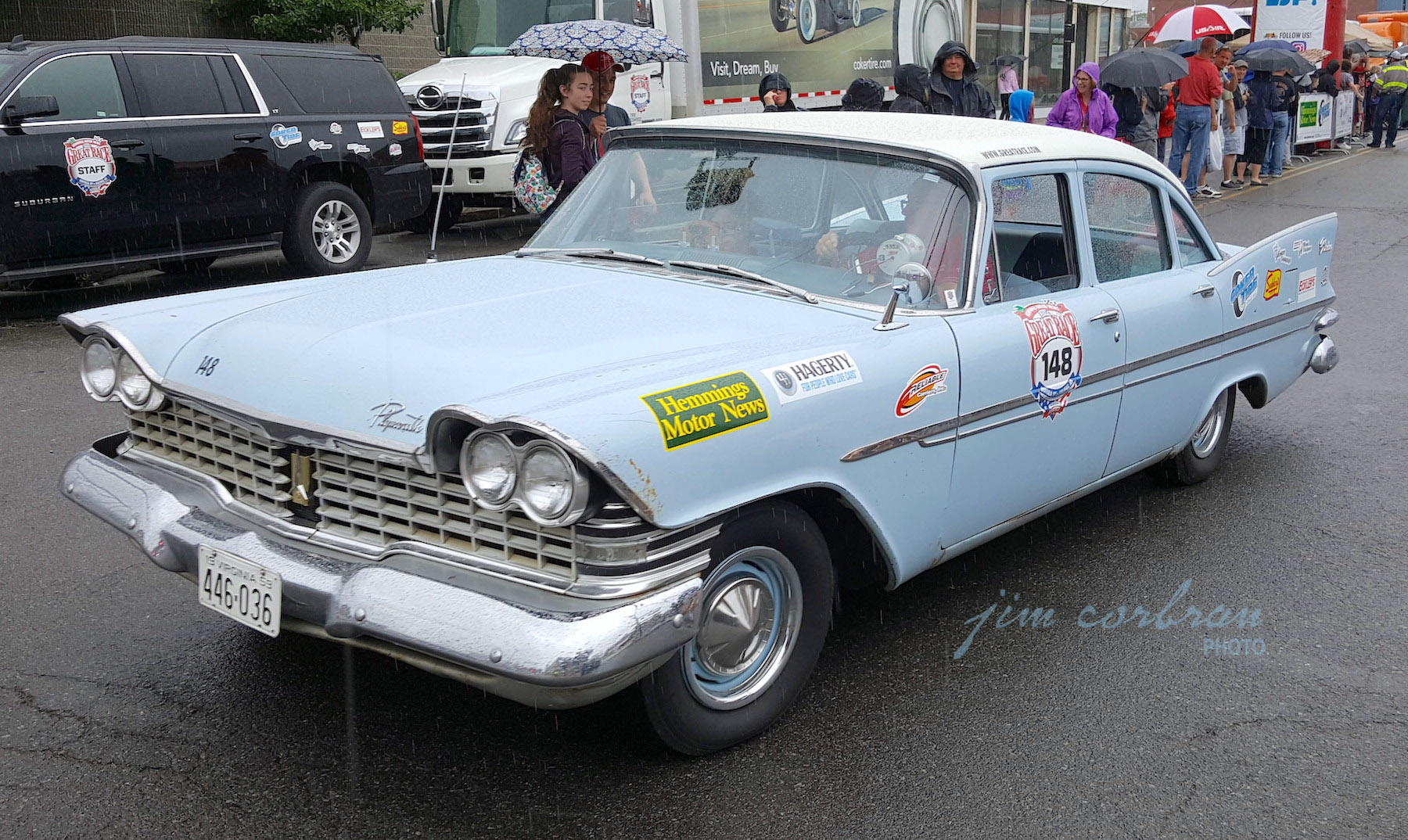 There were many interesting entries in this year’s Hemmings Motor News Great Race, which started in downtown Buffalo on June 23 and ended in Halifax, Nova Scotia on July 1. One of the more unusual, and one of my favorites, was this 1959 Plymouth Belvedere (seen here in Buffalo), with the team of Thomas Littrell (driver) and Jed Diamond (navigator), both of Galax, and Nathaniel Donley of Mouth of Wilson — a couple of towns located in the Commonwealth of Virginia. The Plymouth ended up winning the X-Cup, which was the second win in a row for the team (the previous year they competed in a Ford Model A). The X-Cup is for competitors who are generally in some group (like a shop class) who build a car just for the event — the driver must be at least 21-years-old, and the navigator must be 21 or younger. See the winners at the bottom of the page…
(left–to-right Diamond, Donley, sponsor Corky Coker of Coker Tire, and Littrel)