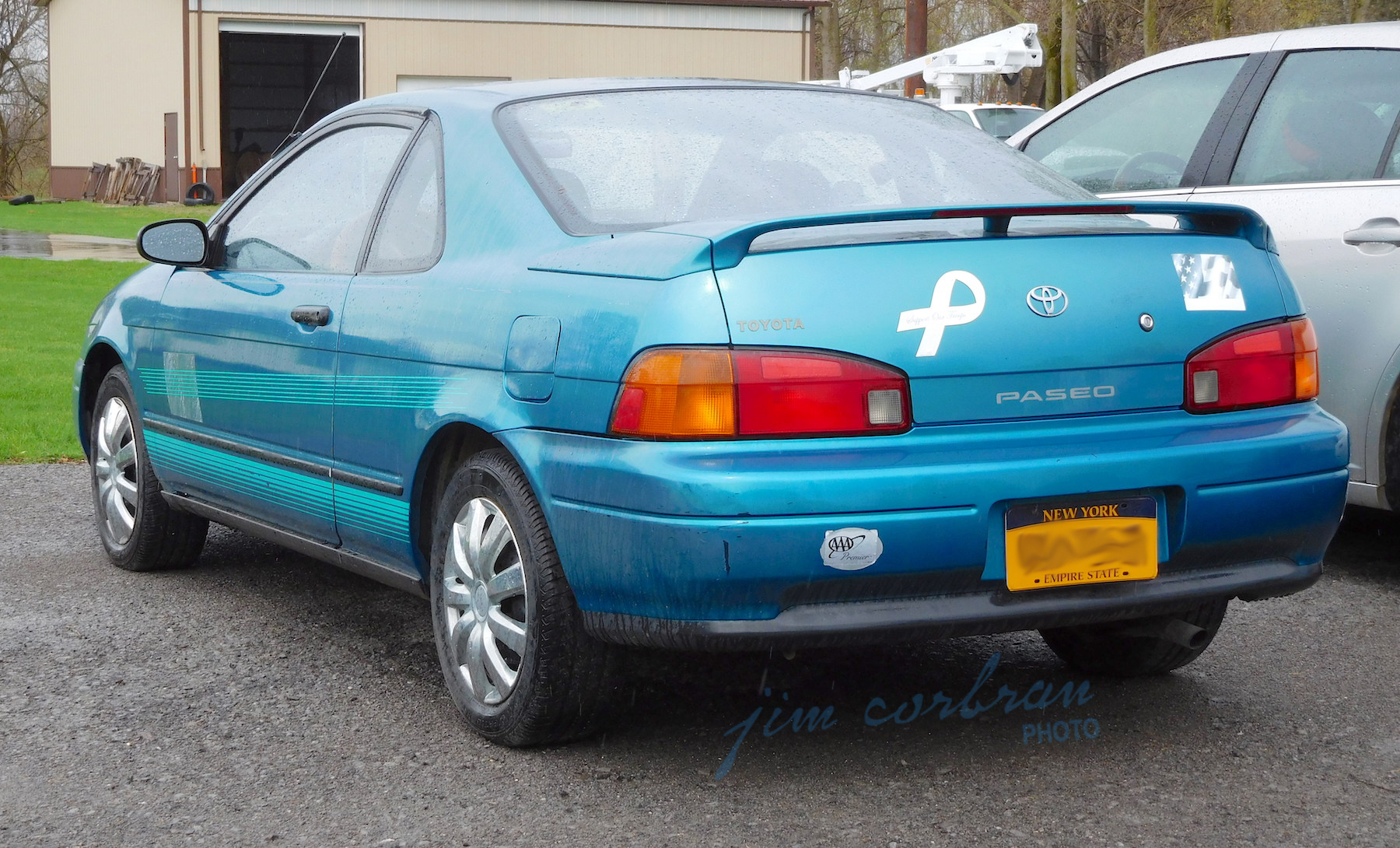 If you’ve never seen a Toyota Paseo before, don’t feel bad. Sales in the U.S. for the first-generation little front-drive coupe (1991-95) totaled just under 100k units. “Geez,” you’re probably thinking, “with over a hundred-thousand of these things being sold, and not really that long ago, you’d think we’d see more of them still on the road.” Which brings me to my point. You may only think you’ve never seen a Paseo on the road. It’s probably (IMO) one of the most anonymously-styled cars ever to leave a Toyota assembly plant. Since I started taking these roadside photos over ten years ago, I've become pretty good at spotting old cars off to the side while behind the wheel. I passed this one by and only noticed it in my rearview. Jalopnik.com, which can often (often? Lol…) be rather snarky, celebrated the Paseo last December in an article titled Meh Car Monday: The Toyota Paseo, The Sports Car For People Who Consider Scrabble A Motor Sport. Oh my! To be fair, Toyota’s own advertising called the Paseo Practical. Reliable. Sensible. And being a Toyota, I’m sure it was all of those things. Saw this one, just barely (Lol), last summer in East Pembroke.