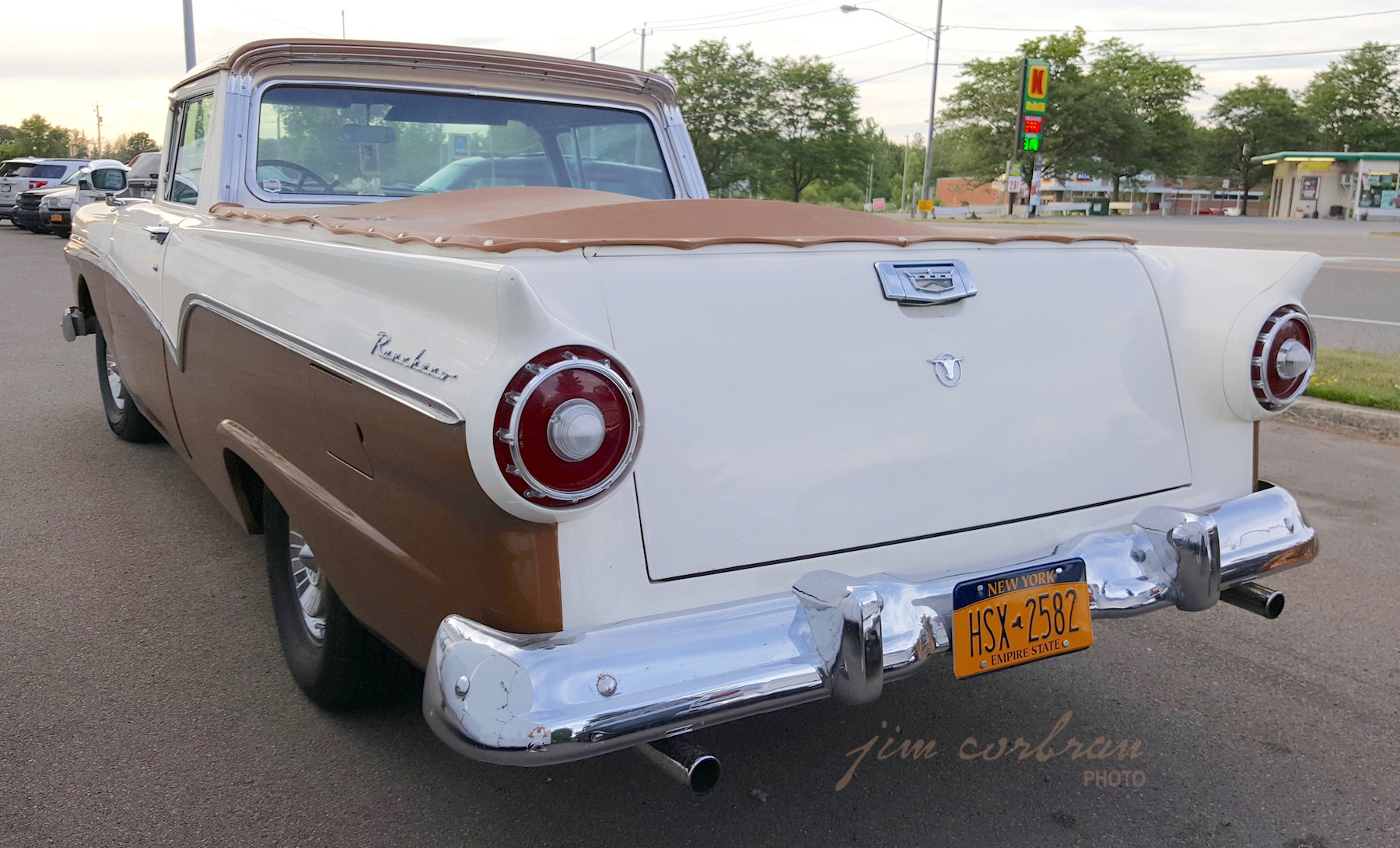 Now here’s a two-tone combination you almost never see anymore — this 1957 Ford Ranchero appears to be painted in white along with a Thunderbird Bronze (I don’t see anything else remotely close in the standard Ford color chart for 1957 [see below]; but the ’59 models offered a Tahitian Bronze hue [also below]). The Ranchero was a new model for Ford in North America, but there’d been a similar body style sold in Australia since 1934. Other manufacturers also have — and still do — produce Utes Down Under. The final North American Ranchero was the 1979 model. This brown and white example was seen a few weeks ago in North Tonawanda.