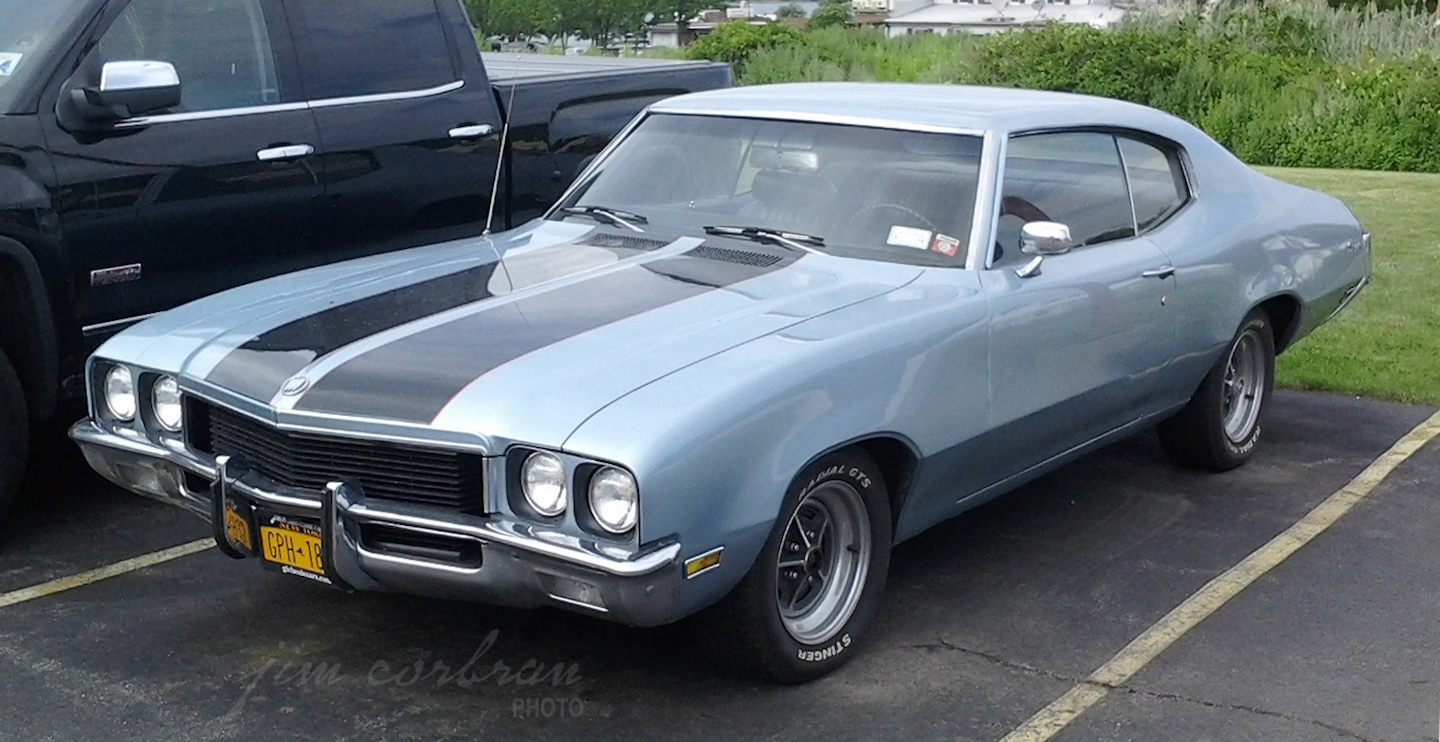 If you liked the styling of this 1972 Buick Skylark coupe back in the day, but for some reason decided you’d wait one more year before taking the plunge, I’m sure you had some regrets when you first saw the 1973 models. Not only did the Skylark name disappear, but that was the year GM introduced its Colonnade styling for its mid-sized cars — which I originally abhorred, but now am quite fond of. The Skylark name would reappear for 1975 on Buick’s Chevy Nova-based compact, where it would remain through 1979; in 1980 it was the moniker for Buick’s version of GM’s X-car, and it eventually found its final resting place (for now) on the N-car platform which Buick shared with the Pontiac Grand Am and a few differently-named models from Oldsmobile. Today’s example was seen a while back in Tonawanda.