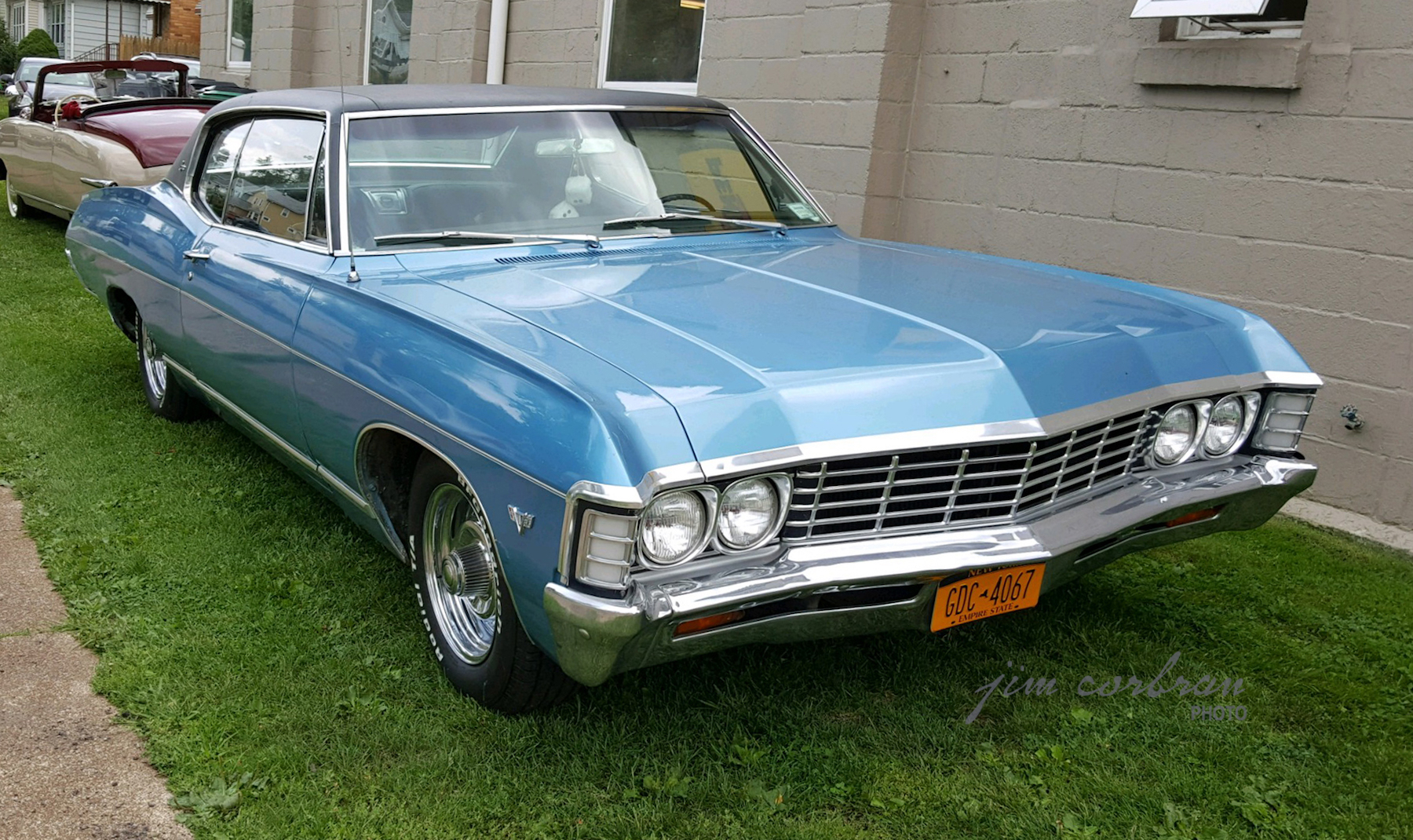 The absence of any chrome molding around the rear wheel well tells me that this 1967 Chevy Caprice Custom Coupe probably left the factory sporting a set of fender skirts. Which would look just fine with whitewalls and the standard wheel covers, but they’d seem a bit odd with the Chevy Rally Wheels (which I don’t believe were available until the 1968 models) seen on this example. For model year 1967, this formal roofline was a Caprice-only item; the following year it was also a choice for Impala buyers. A 283CID V-8 was standard on Chevy’s luxury model in 1967 — surprisingly attached to a three-on-the-tree. Automatics were still optional! I wonder how many stick Caprices left the factory? Saw this one a few weeks ago in Kenmore.