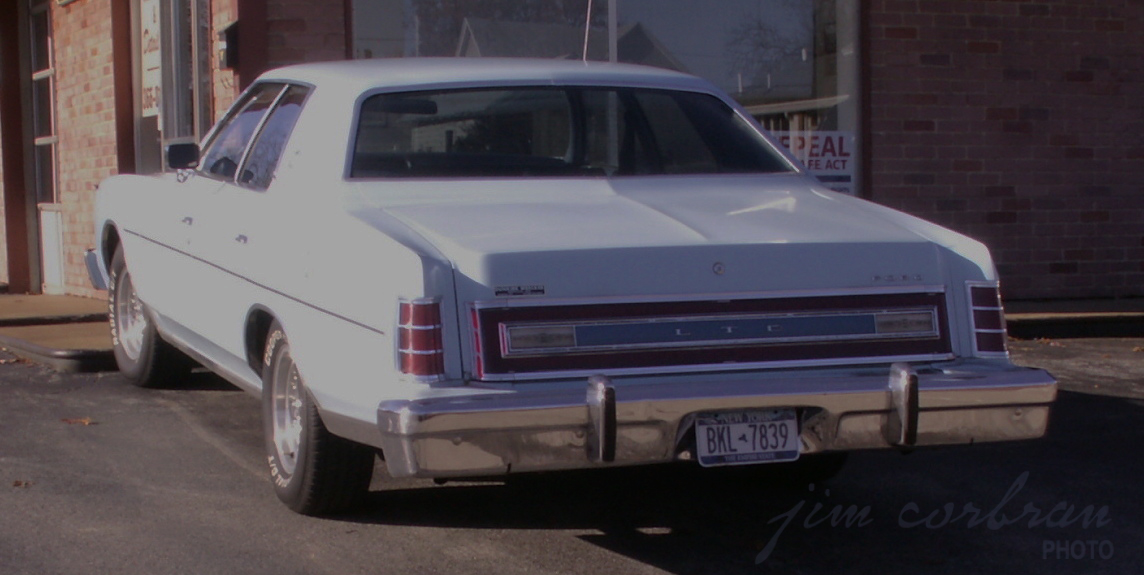 A few unusual things to note about this Ford LTD, c1975, seen a few years ago in Dunkirk: it doesn’t seem at all rusty; no one has turned it into a police car clone; and it’s wearing a set of out-of-character wheels and tires. Many surviving big Fords of this era are former patrol cars, or former taxis (many of which were themselves former patrol cars), probably because it was still a B-I-G car with a roomy interior. Ford called this body style a pillared hardtop; that is, the door glass was frameless, but there was a narrow B-pillar for support. The 351CID V-8 was standard equipment, as was an automatic and power steering and brakes. In ten short years the LTD went from the top of the full-sized Ford line, to one step from the bottom (the Custom 500 stuck around through the 1977 model year).