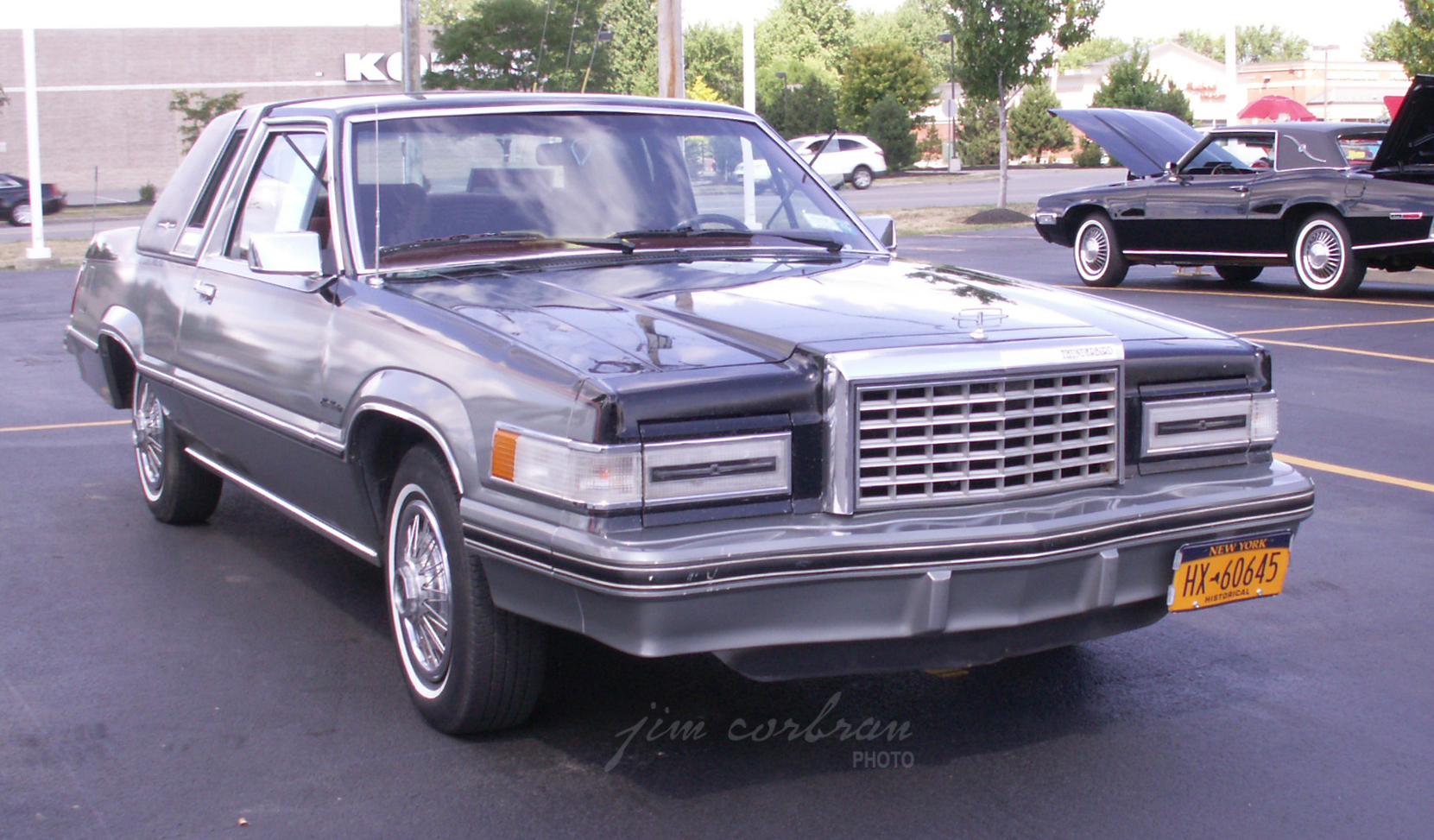 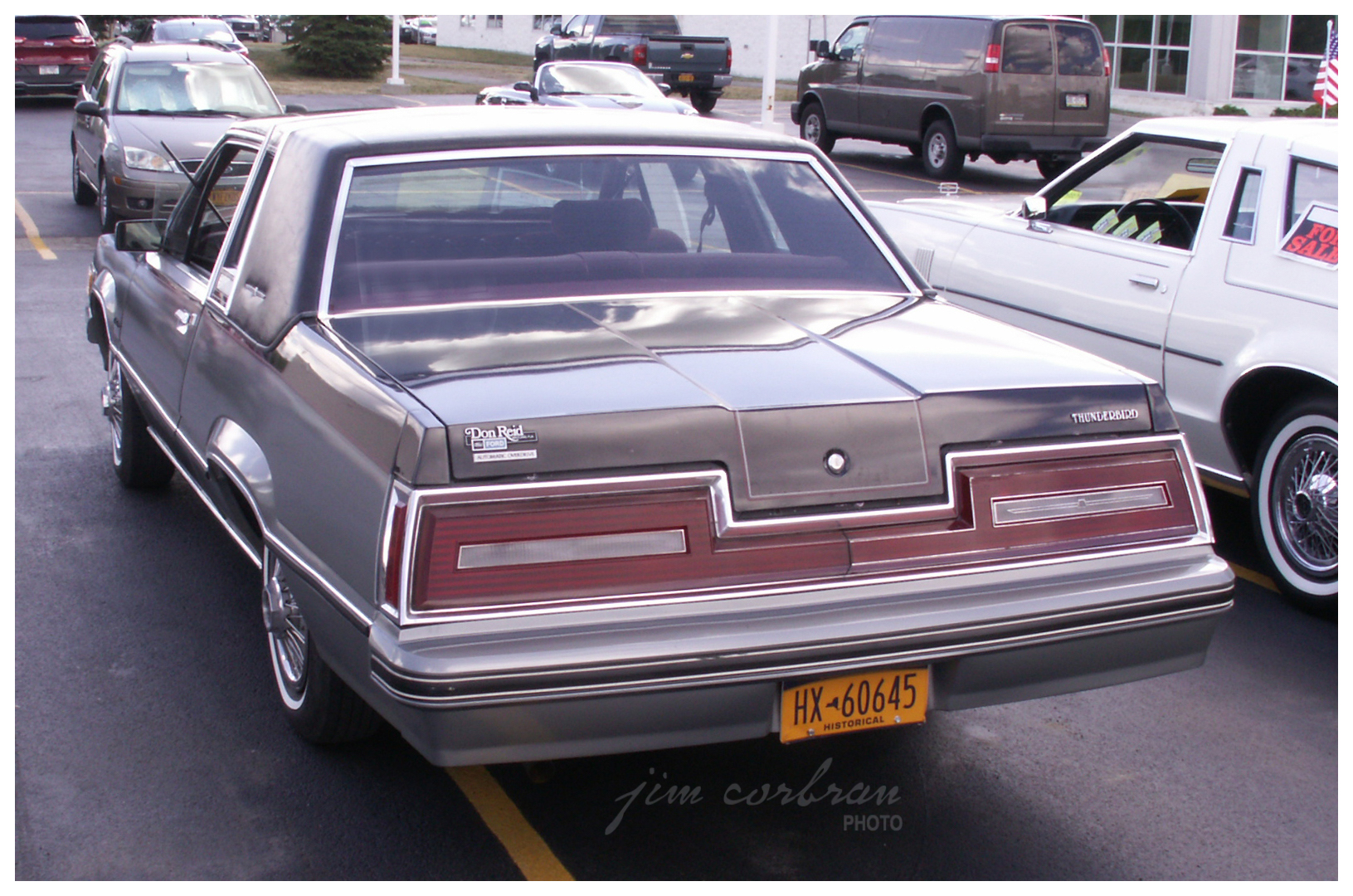 This 1982 Ford Thunderbird could be considered the second generation of what automotive pundits christened the Square Bird (1958-60 models). The earlier version was the first T-Bird with a back seat. This Square Bird 2.0 (actually the nameplate’s eighth generation, 1980-82) was the second T-Bird to be down-sized (the first being the 1977-79 models), and was based on Ford’s Fox platform which was also the basis for the Mustang and Fairmont. Whereas the first Square Birds were huge sales successes, SB2.0 saw sales from the previous year’s T-Bird fall by 45 percent. And then by about half again each year through 1982. Ouch. Things would perk up again when the completely redesigned 1983 models debuted. Saw this one a couple of summers ago at a local Thunderbird Club show in Williamsville.