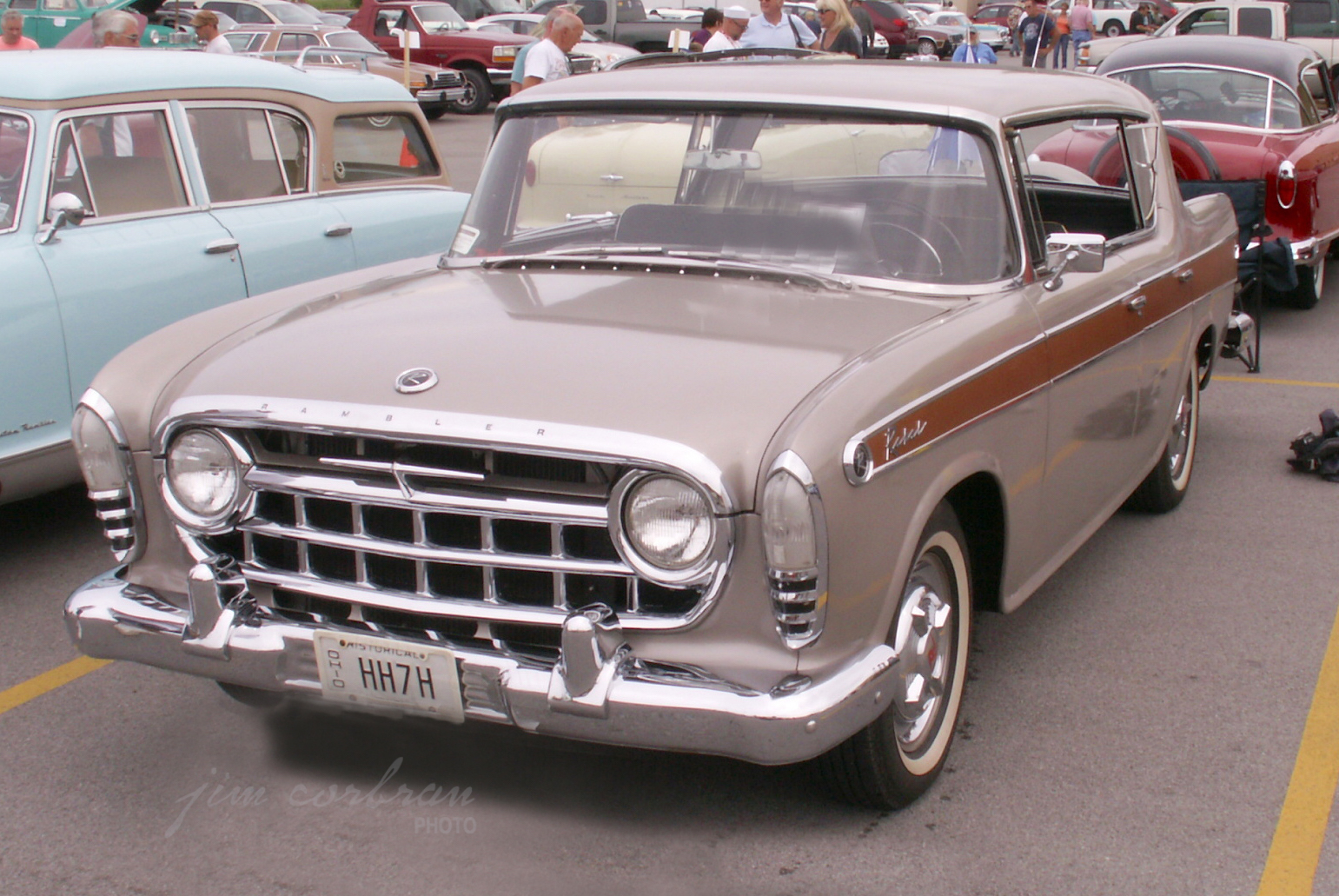 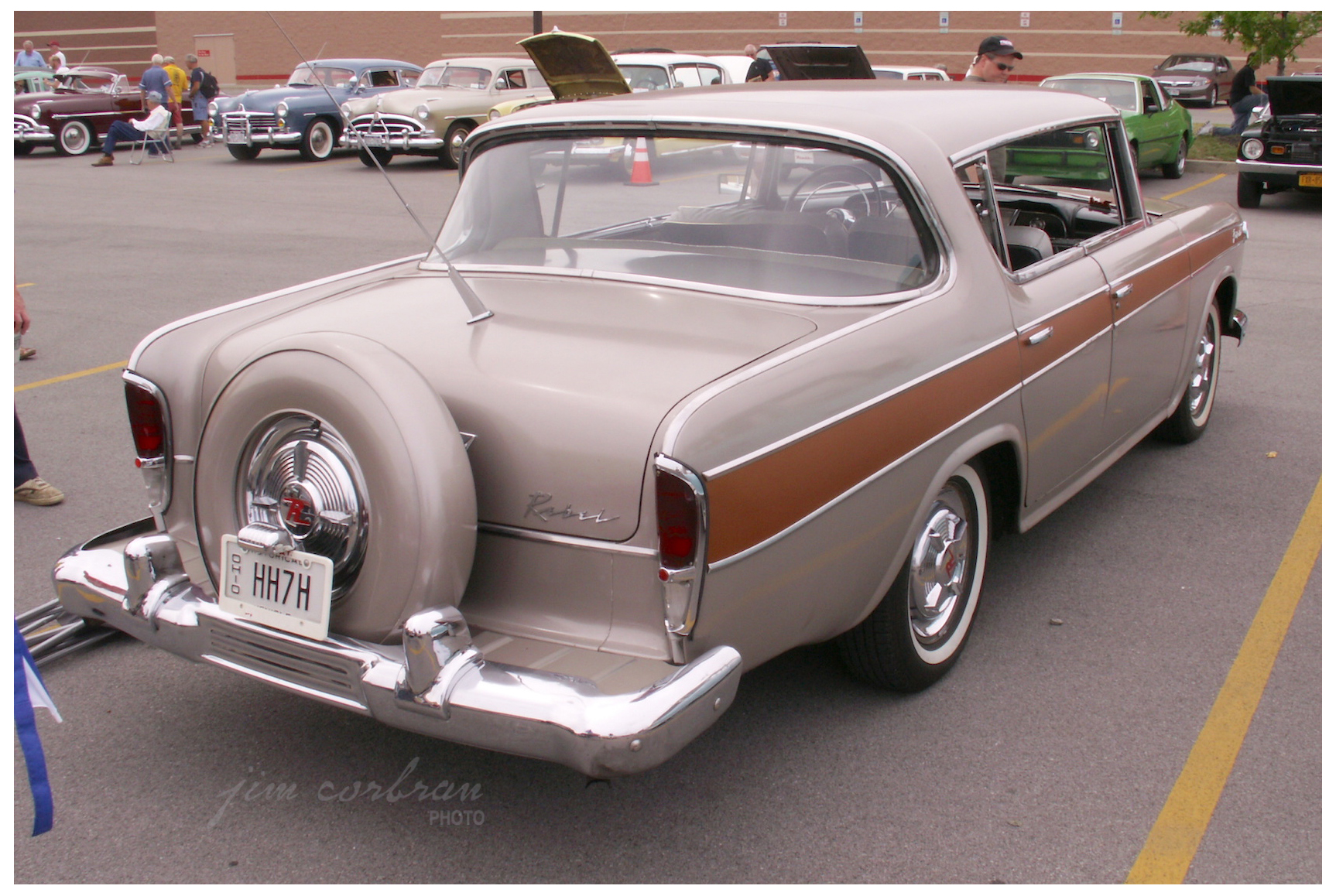 This 1957 Rambler Rebel might be up for consideration as the first muscle car. Engineers at the Kenosha, Wisconsin-based auto manufacturer took the their smallest body style — the Rambler was a foot-and-a-half shorter and a few hundred pounds lighter than American Motors’ Nash Ambassador and Hudson Hornet — and dropped AMC’s potent 327 V-8 under the hood. Which is exactly what Pontiac did in 1964 when it brought out the GTO. Only 1,500 Rebels were produced for 1957; the Rebel name returned for 1958, but it was more widely used and was no longer the exclusive hot rod it was the year before. The name would return again for model year 1967, when it replaced the mid-sized Classic; for 1970 we were treated to a red white, and blue two-door hardtop called The Rebel Machine. Saw this one a few years ago at a Grand Nashionals meet in Batavia.