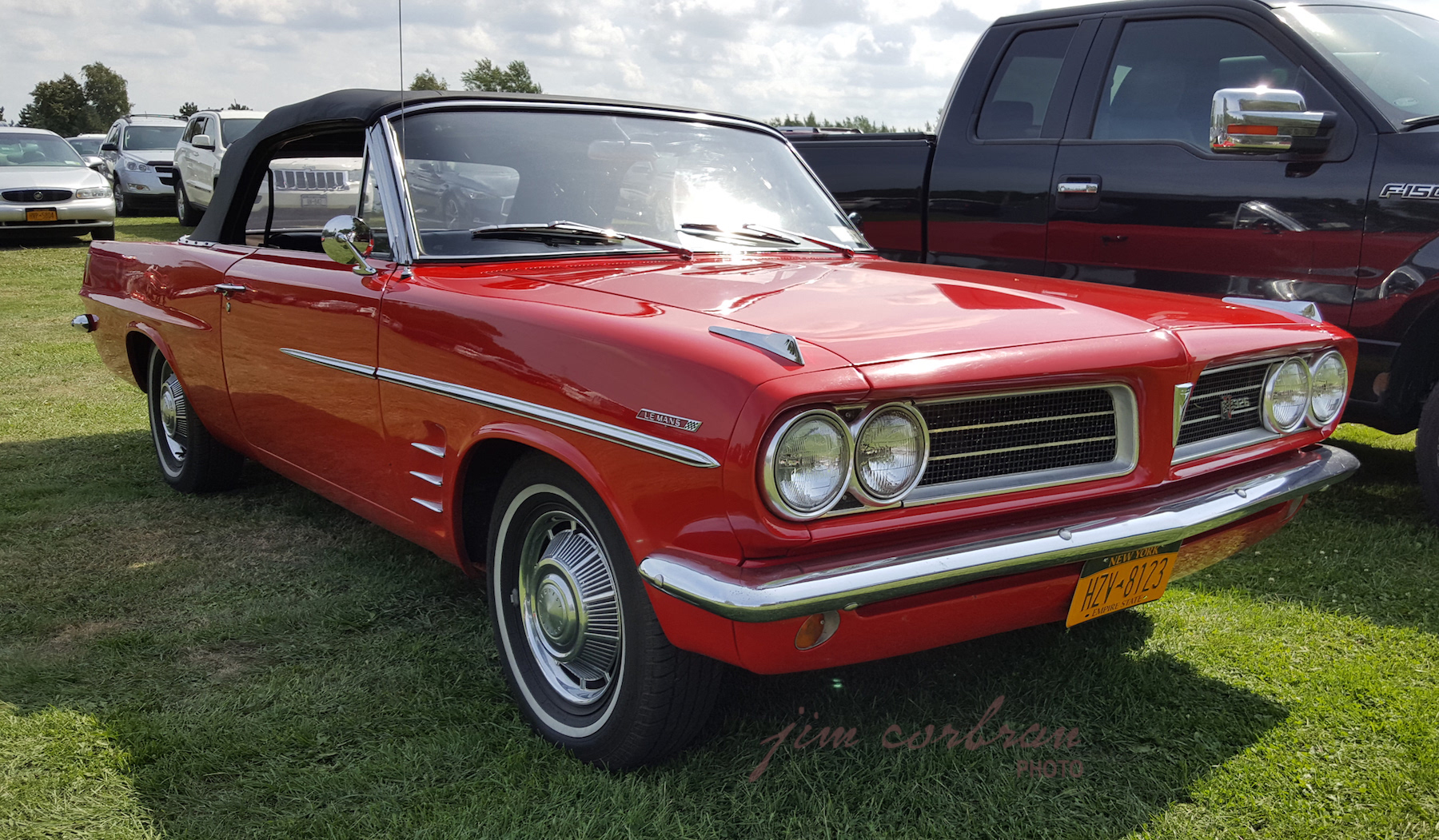 The brochure told us this 1963 Pontiac LeMans “…would be a sports car, except it has a full rear seat and a great expanse of luggage space.” The LeMans was (sort of) part of Pontiac’s compact Tempest lineup — except that nowhere on the car will you find a Tempest badge. It also differed from badged Tempests front and rear, with a unique grille and taillights. Whereas most American compacts came standard with an inline six, Pontiac’s small cars bucked the trend by having an OHV four-cylinder engine as standard equipment, along with 15” wheels & tires. This LeMans convertible has the optional 326CID V-8, which was rated at either 204 or 209 hp depending on the transmission choice. (For 1963 there was no six cylinder engine available in the entire U.S Pontiac lineup.) Found this one in Olcott at this summer’s annual Olcott Beach Car Show, in the spectators’ parking lot.