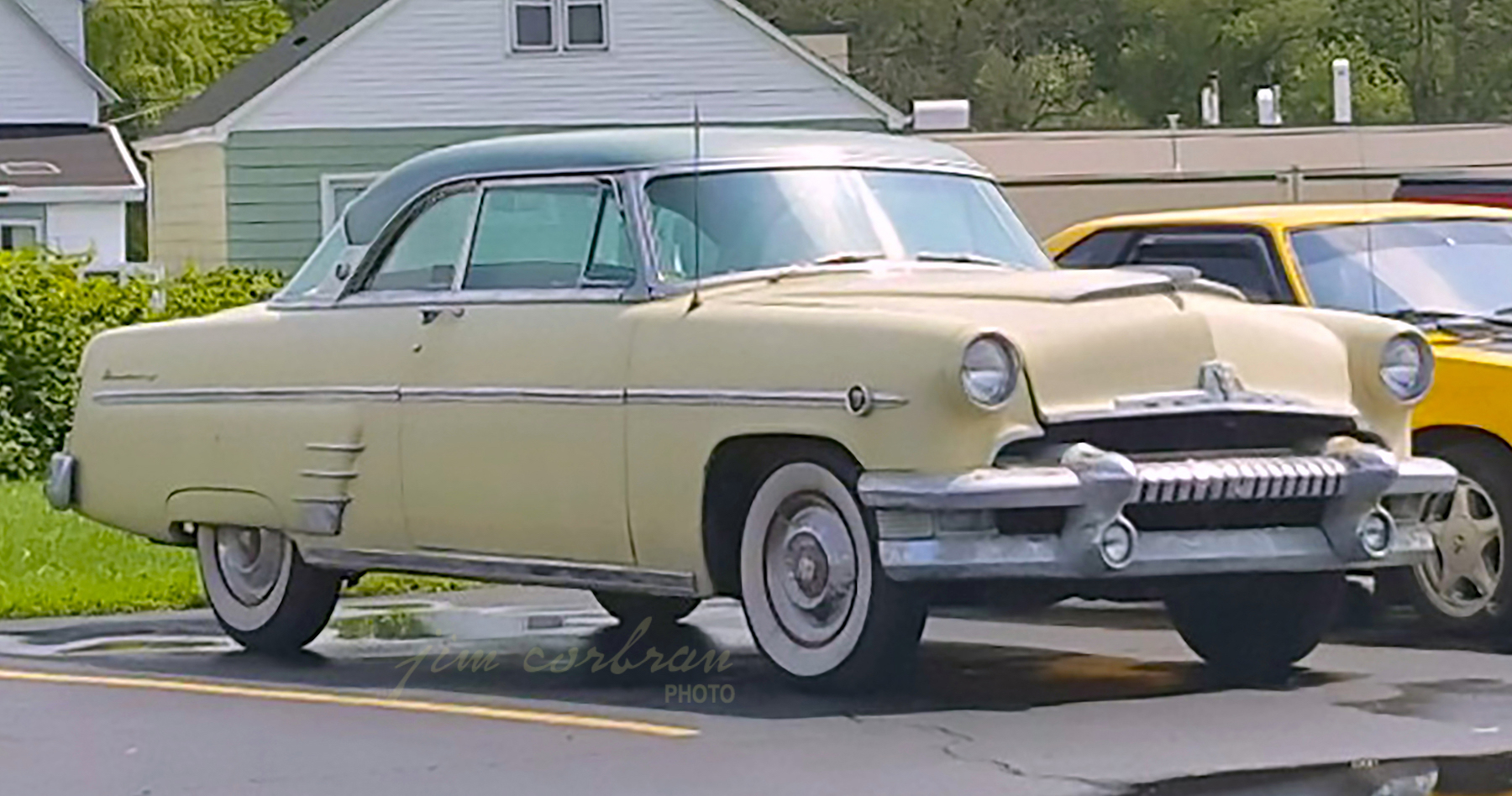 The brochure called this 1954 Mercury Monterey “longer and lower — easier than ever on the eyes.” Although they touted it as having “new styling that matches perfectly the advanced design of the revolutionary new engine and chassis,” in fact the 1954 models were in the third and final year of a styling cycle. The usual suspects were updated: fenders, grilles, taillights, trim… but it was the same basic body shell that was introduced for MY 1952; the engine however, was an all-new 256CID overhead valve V-8 which was standard across the board. As a matter of fact, it was the only engine offered. The Big M cars would receive a total makeover the following year — longer, lower, and wider, of course!. Saw this green and yellow example (a color combo we’ll probably never see on a new car again) recently in Tonawanda.