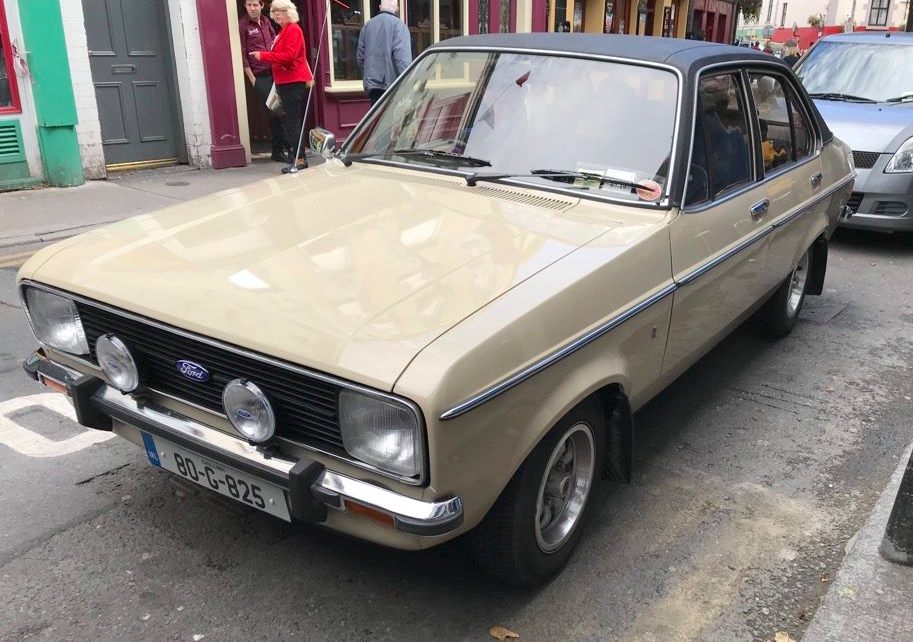 This Ford Escort 1.6 Ghia, c1979, probably won’t be recognized by many stateside readers, as the Escort was still a couple of years away from being available in North America. And when it debuted for model year 1981, it looked nothing like this one, which was spotted by native WNYer (and current Keystone State resident) Rick Lapp on a recent trip to Galway, Ireland. Originally available only as a three-door hatch or four-door wagon in our market, it would be eleven years before Americans could buy a four-door Escort with a traditional trunk. The Ghia designation on today’s example indicates a “luxury” Escort, while the 1.6 emblem tells us it had the larger 1598cc engine under the bonnet (a 1.1L was the base engine in Euro Escorts).