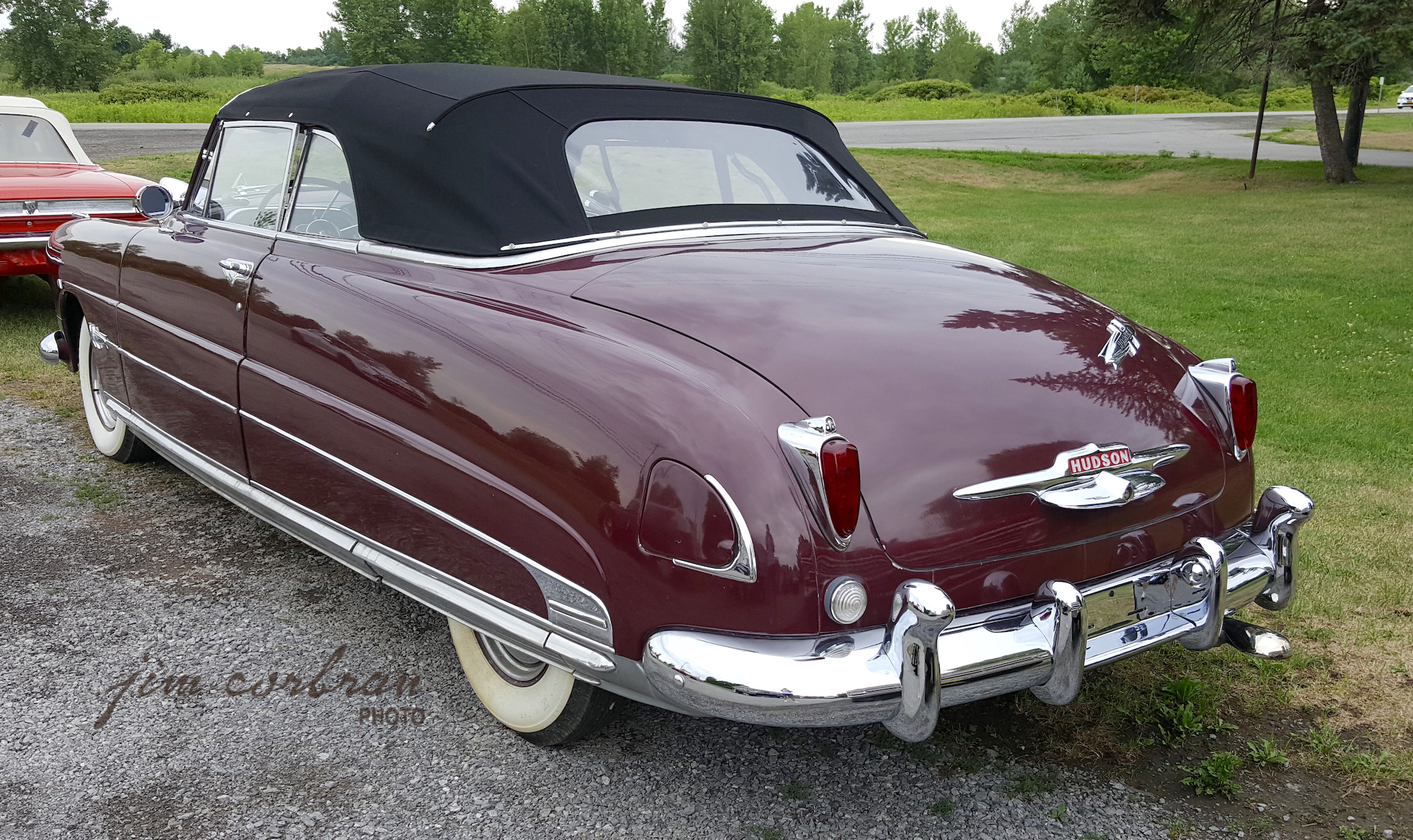 This 1951 Hudson Hornet Convertible Brougham was described in that year’s brochure as being the “…most brilliant beauty of the highway.” They also mentioned the new H-145 engine— although they only gave it one line of type. Perhaps that’s because it was an inline six, while much of the competition was putting a more modern V-8 under the hood. Hudson also had an eight available — but it was an older-design straight-eight which was smaller and less-powerful than the H-145. By MY 1951 Hudson was already in the fourth year of its (at the time) revolutionary styling, introduced for 1948. Unfortunately, the “step down” styling (the passenger compartment was fully contained within the frame rails) made extensive restyling cost-prohibitive. The 1954 Hudson would be the last true Hudson; after their merger with Nash to form American Motors, the 1955-and-later Hudsons were nothing more than restyled Nashes. They’d disappear completely after the 1957 model year. This red convertible was seen over the summer, for sale, in Akron.