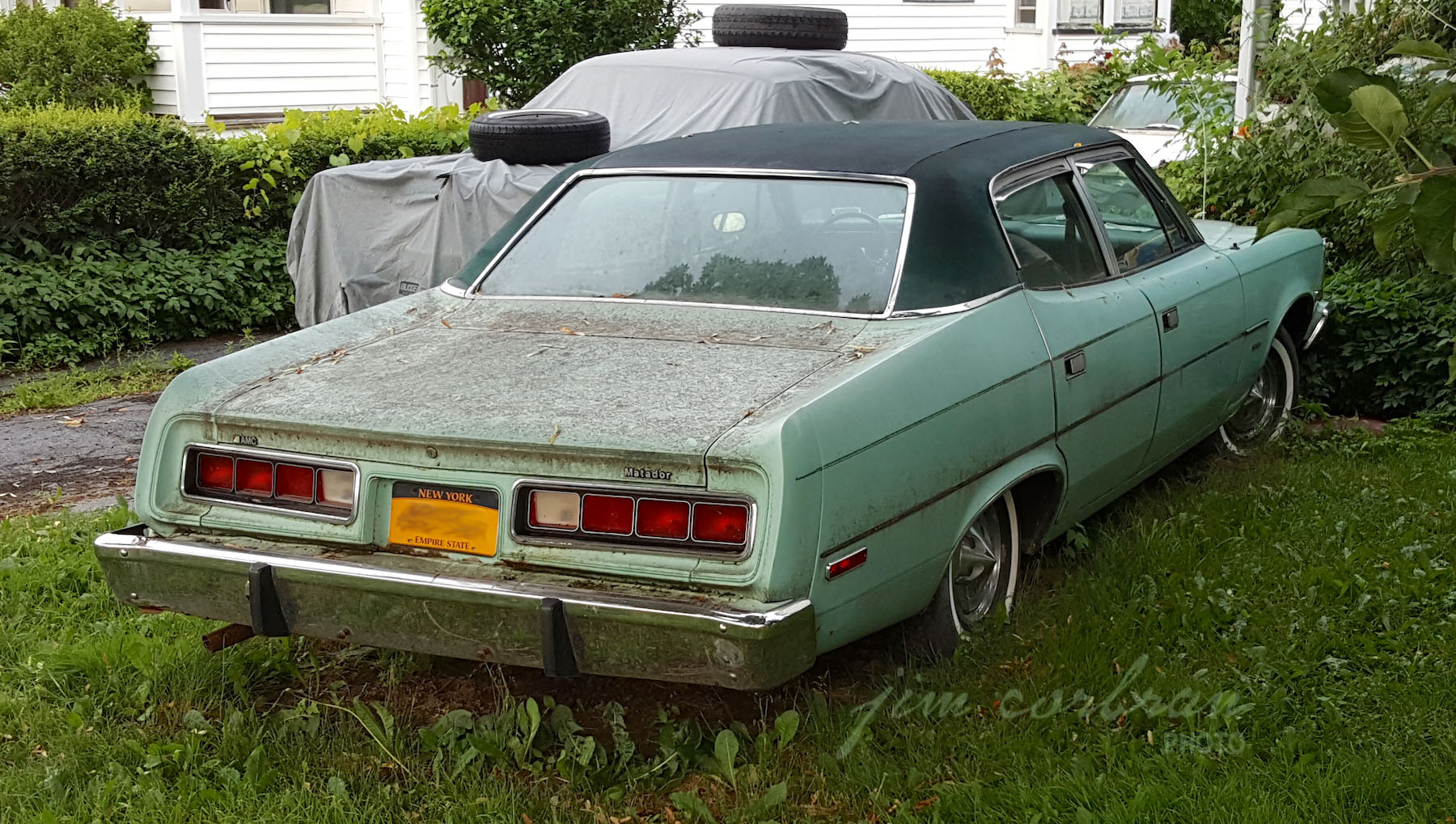 This 1974 AMC Matador was spotted this past summer in a Perry side yard keeping company with a few other old Kenosha relics. Although these days many remember the Matador as one of the patrol cars used on the police series ADAM-12 (Matadors actually were in the fleet of the LAPD), others remember the Matador name from its wildly different two-door version, the Matador coupe (right). Stylish it was, but it never really caught on. IMO, the four-door and wagon were better-looking cars — yes, even with their unusual front-end styling (bottom of page). Today’s featured car looks especially good in Silver Green with a green vinyl roof covering — and whitewalls, of course!