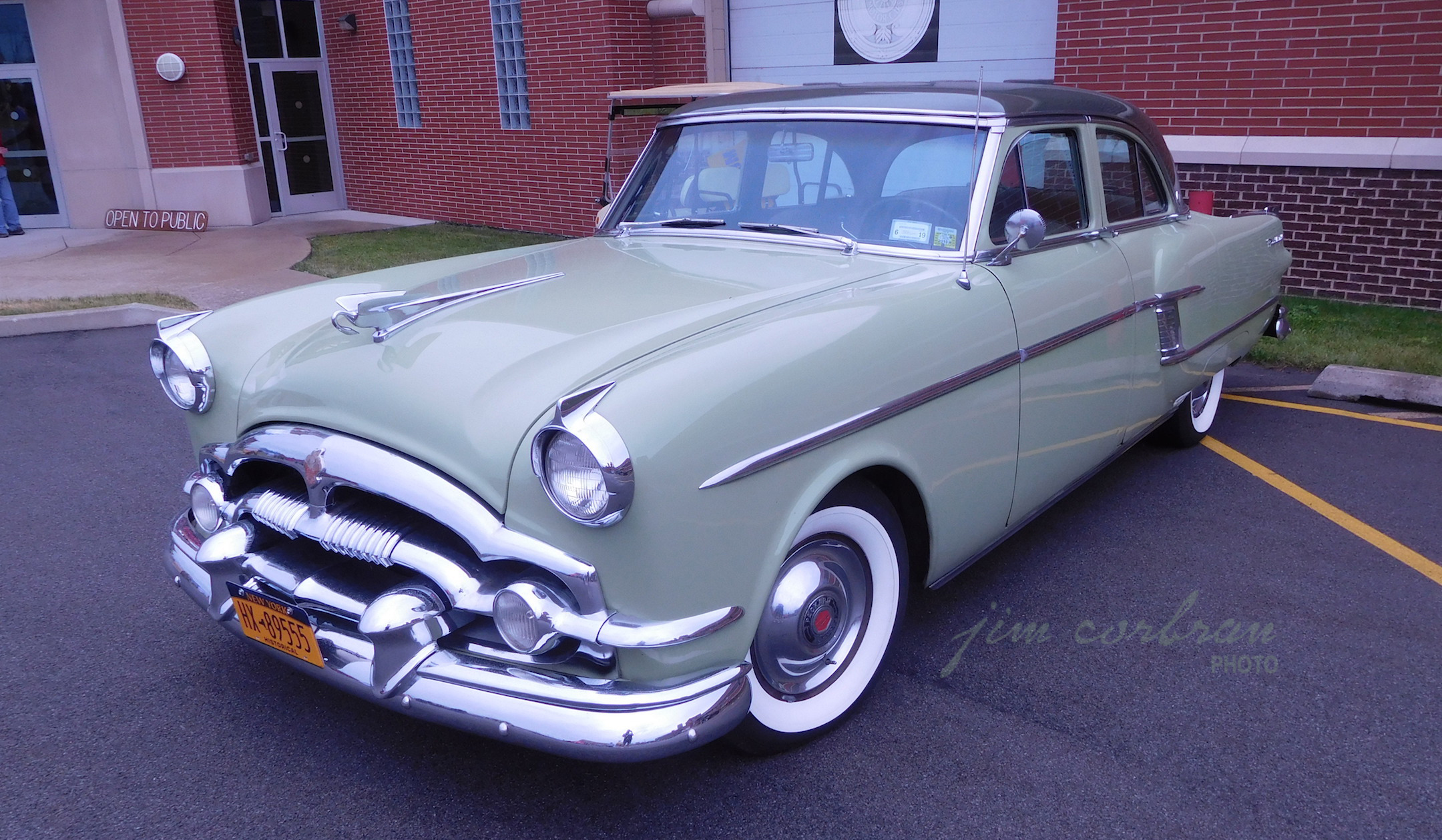 On a day when downtown Buffalo was filled with unusual classic cars, this 1954 Packard Patrician was a mere spectator. Seen in the parking lot of the Buffalo Transportation Pierce-Arrow Museum, it was directly across the street from the starting line of this year’s Hemmings Motor News Great Race, which ran from here to Halifax, Nova Scotia. Certainly museum-worthy itself, this Patrician was produced during Packard’s penultimate year+one of what we like to think of as actual Packards; the ’57-58 models were nothing but warmed-over Studebakers, brought to market after the two companies became one in 1956. After the ‘58s, there were no more Packards, Stude clones or otherwise.