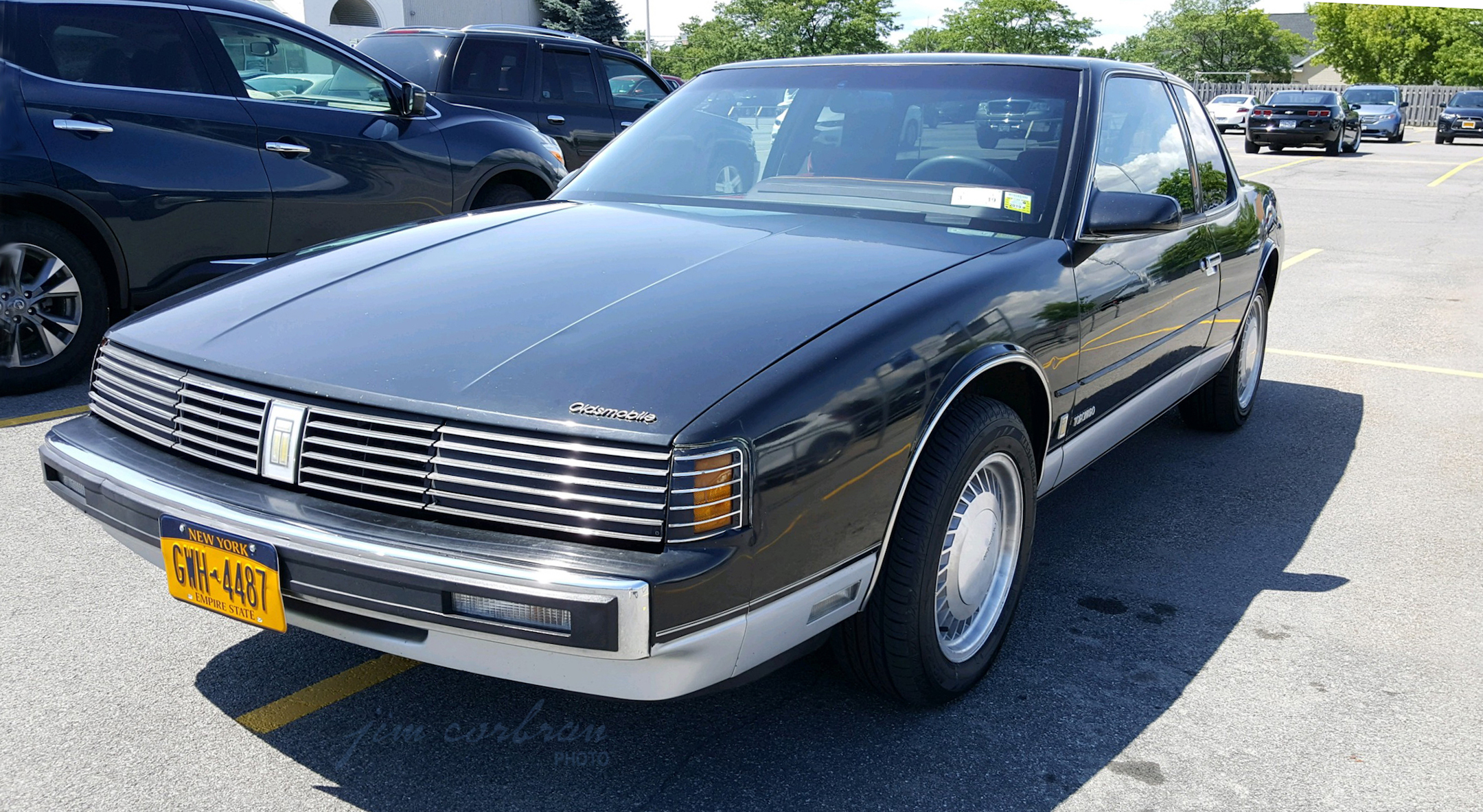 This 1987 Oldsmobile Toronado is a far cry from Olds’ original large front-wheel-drive car which debuted for model year 1966 amid much fanfare. The ‘66 was revolutionary in both its style and its drivetrain. By 1987 the Toro had undergone its second downsizing (the first was in 1979), and the once big, proud high-tech luxury liner was now now pretty much a compact. When these fourth-generation cars were introduced in late 1985, they were the first Toronado to feature hidden headlights since the 1969 models. Designers really went out on a limb here, putting the headlamps under a pair of doors which slid down out of the way, and which were adorned with a series of bright strips that lined up with the grille bars. Hopefully. (A quick Google search seems to show that either they’ve held up remarkably well over the years, or nobody bothers photographing the misaligned ones.) Today’s example was seen last summer in Tonawanda.