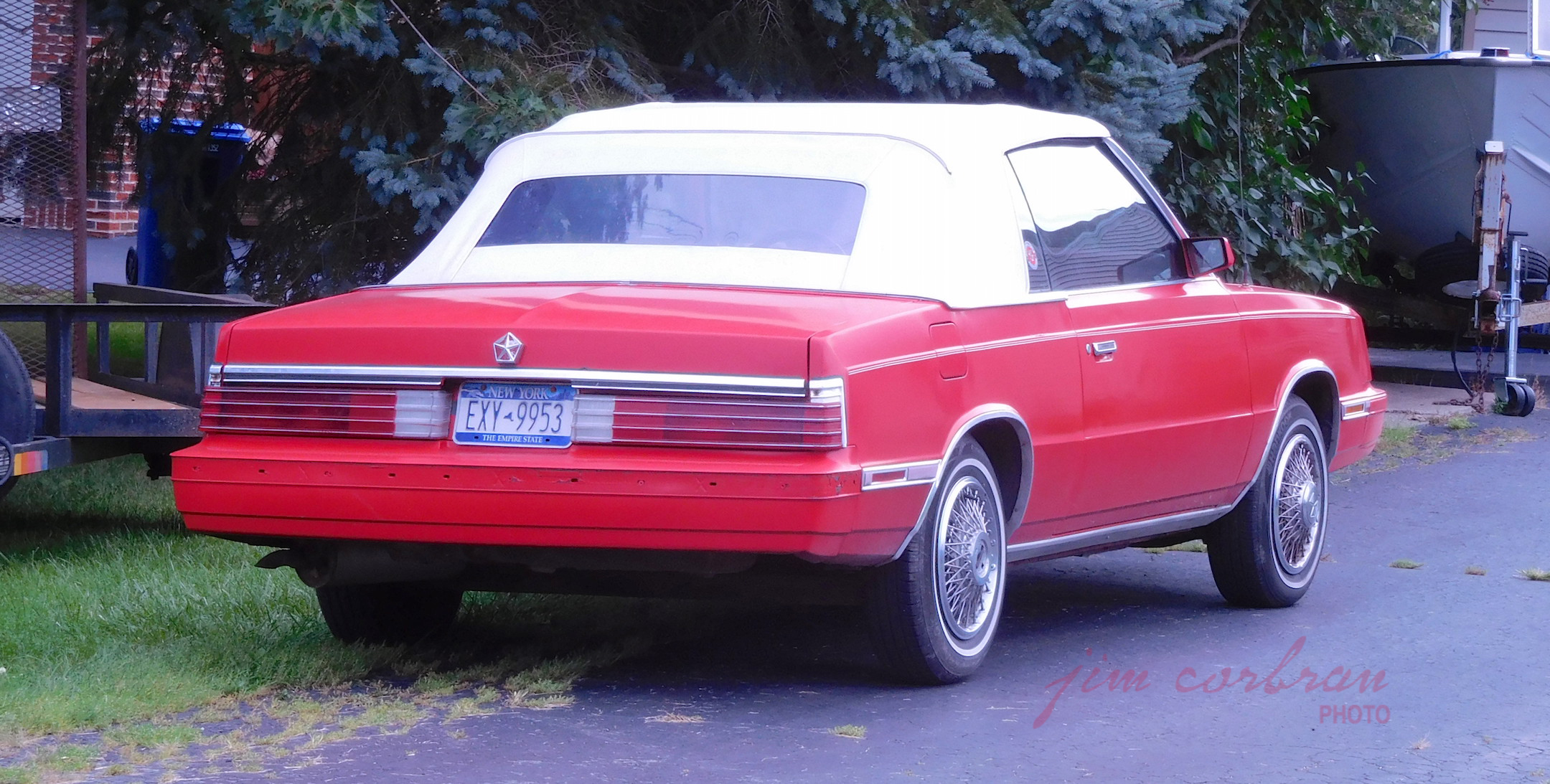 It’s rather remarkable how many of these Chrysler LeBaronconvertibles, c1984, are still around. After the American convertible had been declared dead following the 1976 model year, Chrysler head Lee Iacocca took a chance to revive his ailing company by bringing out a pair of compact droptops — the LeBaron and its cousin Dodge 400. They promptly sold around 20,000 of them that first year, and started a revival which continues to this day. A slightly diminished market (again) exists today perhaps, but nonetheless new 2019 convertibles can still be found in many new car showrooms thanks in great part to the man who once proclaimed “If you can find a better car, buy it!” Saw this one a few weeks ago in Youngstown.