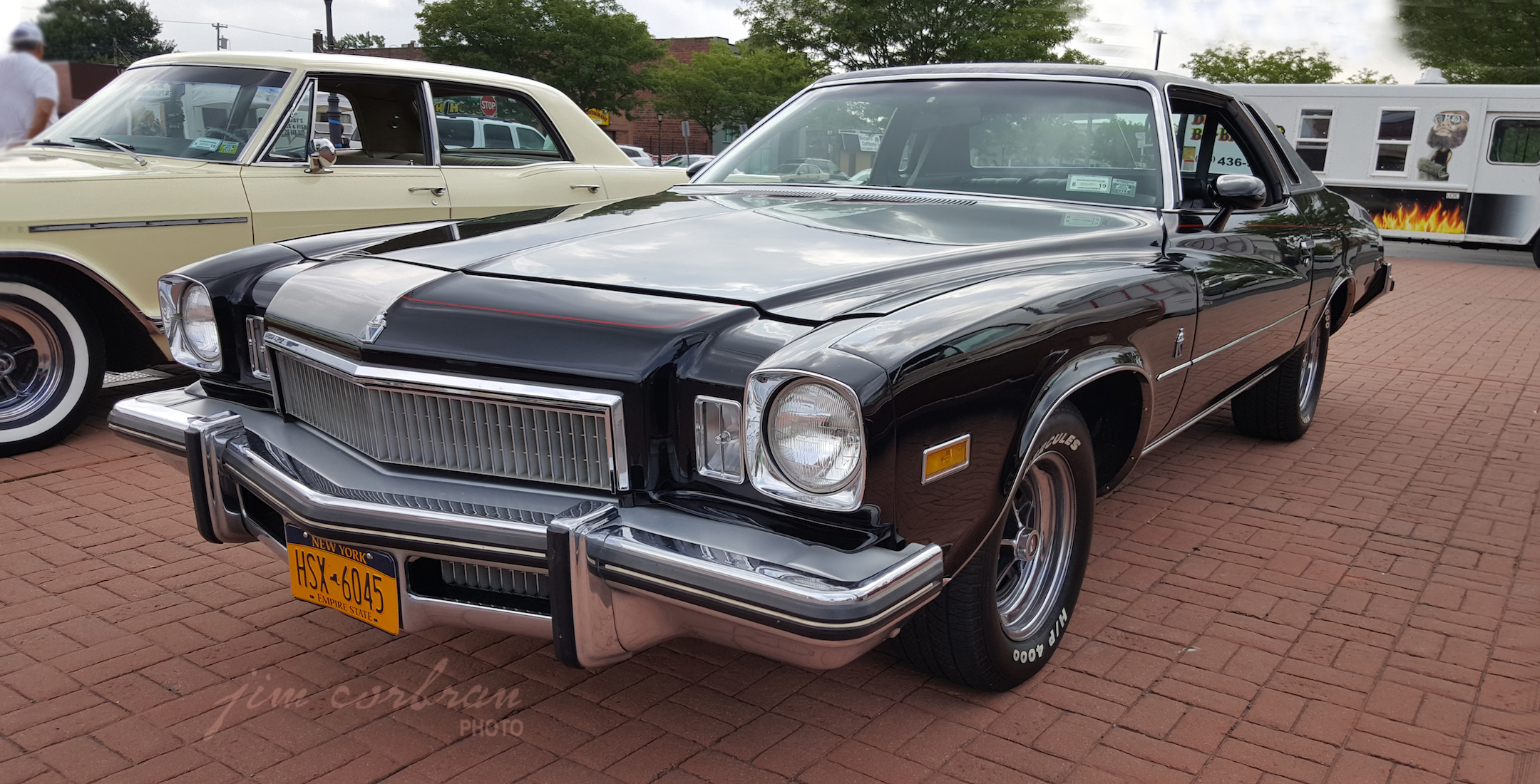 All of General Motors’ midsized cars had been downsized for model year 1973, with new Colonnade styling which included frameless front door glass and non-opening rear quarter windows on two-door models. GM’s Flint-based entries were the Century, whose two-door featured a rakish roofline, and a more formal edition — seen here on this 1974 Buick Regal. The Regal was on a par with Chevy’s Monte Carlo, Pontiac’s Grand Prix, and Oldsmobile’s Cutlass Supreme as the more luxurious models of their prospective lineups (to further confuse things, there was a Century Luxus model which shared the Regal’s roofline). Saw this black Regal this past summer in Niagara Falls.