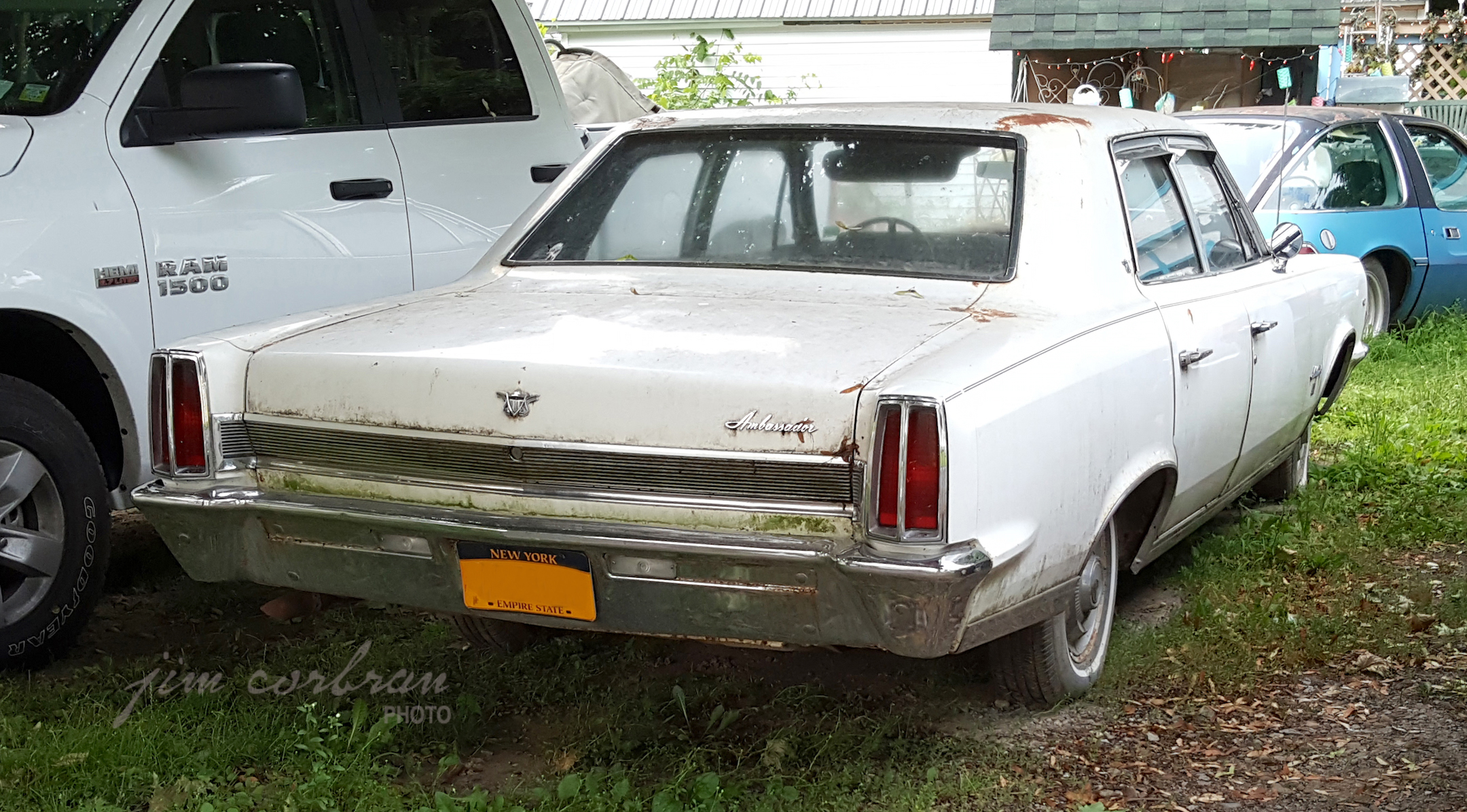 AMC described their 1967 Ambassador 990 four-door sedan as “…having significantly more leg room.” At first reading, I said to myself, “More than who? Or What?” On second reading, it became evident that they meant more than before, which also applied to the sedan’s head room. AMC’s copywriters went on to tell us about how the 990’s “rich matelasse upholstery blends subtly with the warmth of walnut-like paneling and color-keyed carpeting.” A second reading here did nothing to clear up what matelasse upholstery is. A Google search told me it’s a stitching technique that leaves fabric looking like it’s been quilted. Other models in the Ambassador lineup for ’67 included the base 880 (which included a pillared 2-door sports sedan which resembled a hardtop), and the top-line DPL. Besides the sports sedan, also offered were 2-door hardtops, convertibles, and station wagons. The Ambassador brochure contains a couple of pages on the Marlin, which, for the first time this year, was based on the Ambassador instead of the smaller Classic. They described it as having “…the flair of a fastback, the luxury of an Ambassador.” Found this white 990 last summer in Perry.