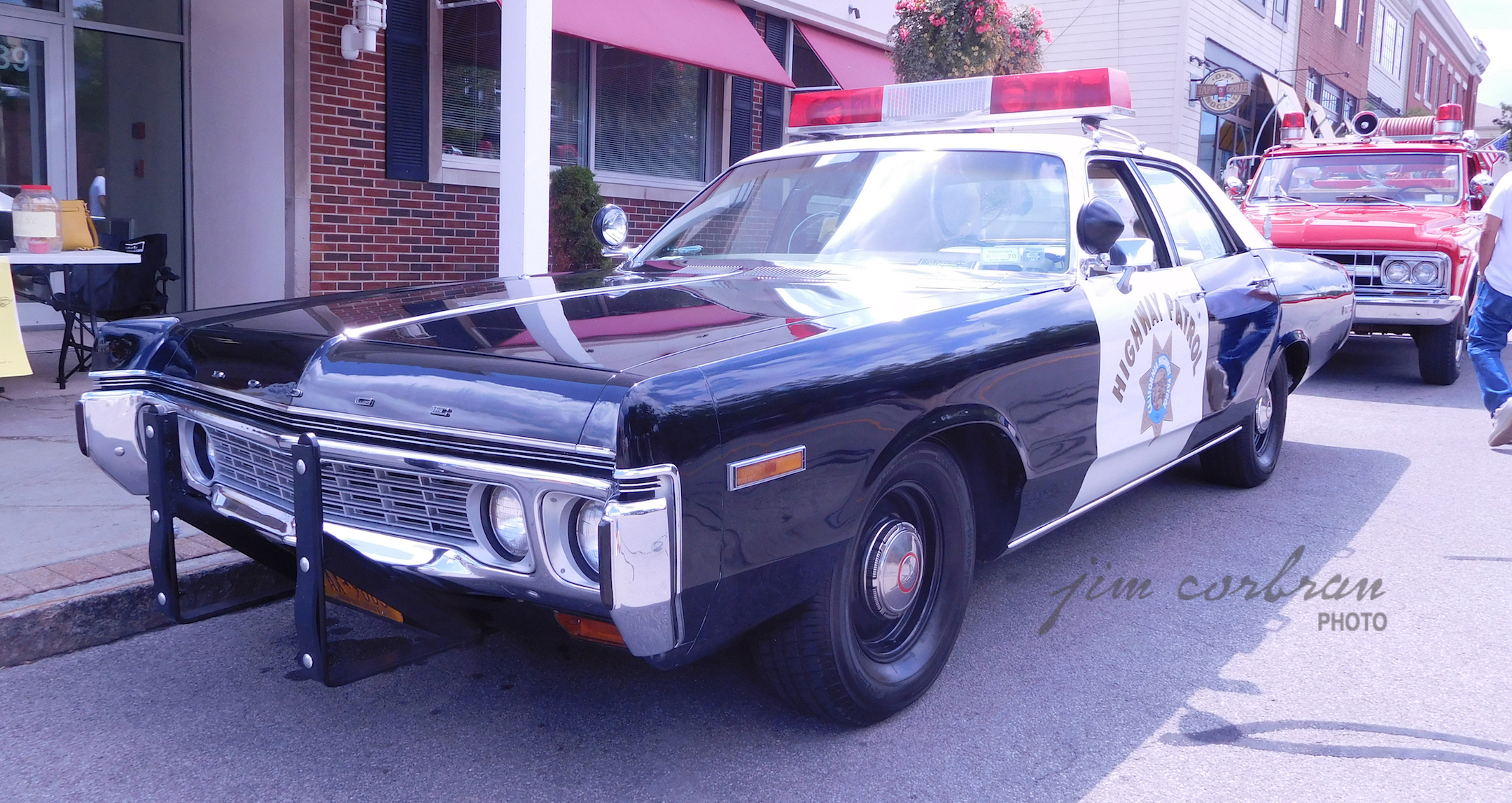 Ran into this 1972 Dodge Polara a couple of summers ago at the owner’s home in South Wales. Discovered the next day that the photos didn’t turn out all that well; but luckily we crossed paths again this past summer at the Quaker Days car show in Orchard Park, where Pete Mistretta and his California Highway Patrol car were part of the opening ceremony’s parade of cars. Keen observers might remember Pete’s ’59 Chrysler Windsor which we featured on these page in July 2017 (of which, ironically, the RealRides print edition write-up can be seen here on the clipboard inside the Polara). Seeing this car conjures up memories of both Highway Patrol (with Broderick Crawford, which I watched religiously) and CHiPS (with Erik Estrada and Larry Wilcox, which I don’t think I ever watched). This old patrol car, which is about as far removed from today’s pursuit vehicles as you can get, always draws a crowd. Nice!