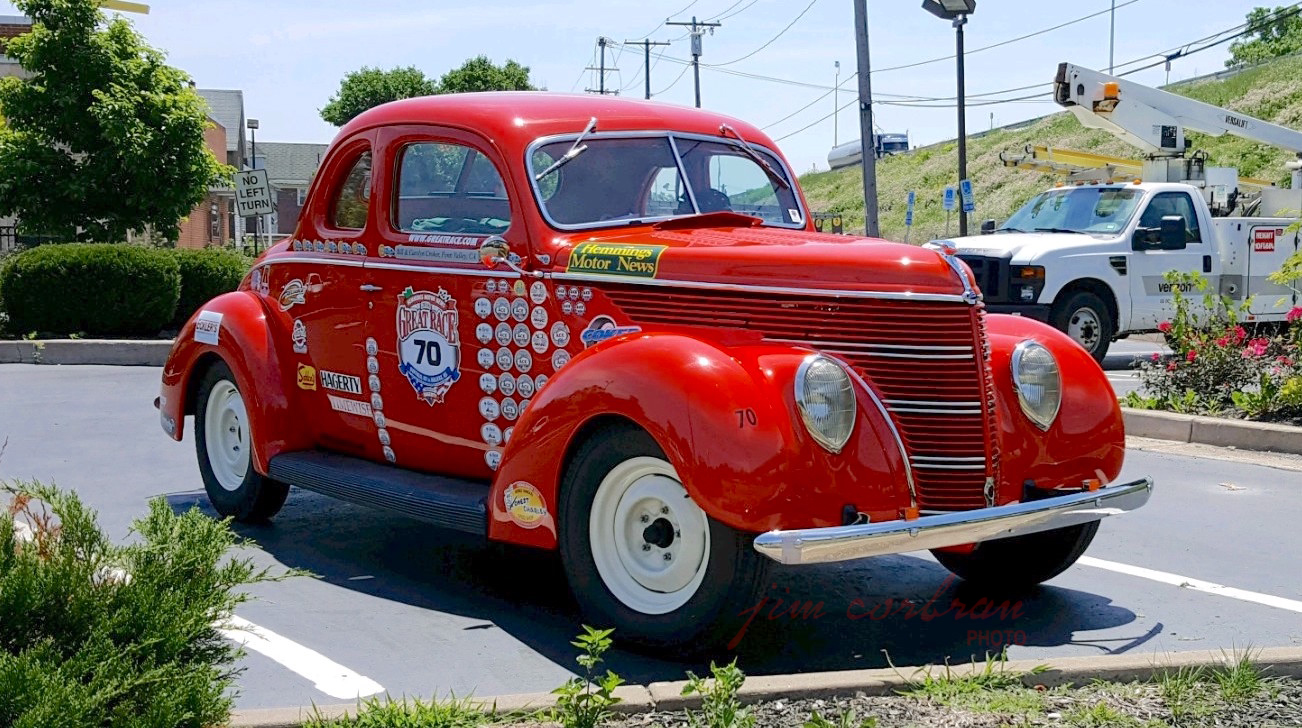 The RealRides staff (me) was among the throng of spectators at the start of this year’s Hemmings Motor News Great Race in downtown Buffalo. The day before, while out on a bicycle ride along the Niagara River path, we exited onto Niagara Street in Buffalo’s Black Rock neighborhood and came upon this 1938 Ford Club Coupe, sitting in a fast food restaurant’s parking lot. We’d see this car again the next day, driven by Bill Croker with Carolyn Croker in the navigator’s seat. The Crokers hail from Penn Valley, California and were originally scheduled to drive their 1938 Packard coupe, which they’ve run in other Great Race events and a photograph of which is featured in the program. Apparently, minds were changed somewhere along the line. The Crokers finished in 90thplace out of 118 entrants (the final 11 of which were DNFs).