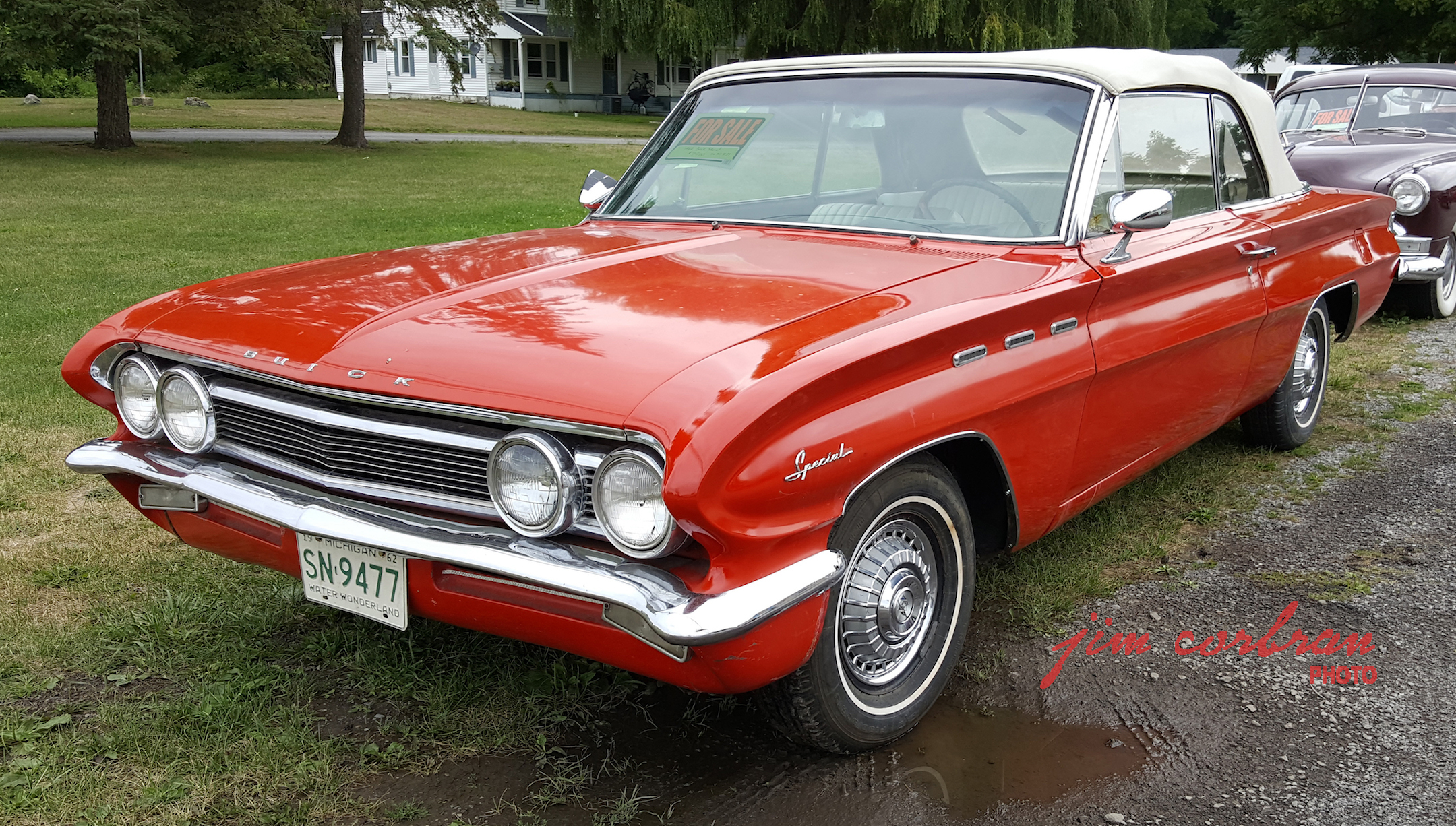 When the American compact car market dawned in 1959, neither Rambler nor Studebaker offered a convertible model of their American or Lark. A Lark drop-top appeared for MY 1960, just as the Big Three were introducing the Ford Falcon, Chevy Corvair, and Chrysler Corporation’s Valiant (it wasn’t yet a Plymouth, officially). No convertibles from any of them. General Motors’ other divisions introduced their own line of small cars, now commonly known as senior compacts, in 1961. Both Pontiac (Tempest) and Buick (Special) offered convertible models right from the get-go. Today, we feature this 1962 Buick Special Deluxe, seen over the summer in Akron. Buick also offered a soft topped version as a pricier Skylark sub-model. This red ’62 would have left the factory with a 215 cu.in. V-8 under the hood (a V-6 of 198 cu. in. was standard in the base Special).