RealRides of WNY (on the Road) - Mitsubishi Mighty Max 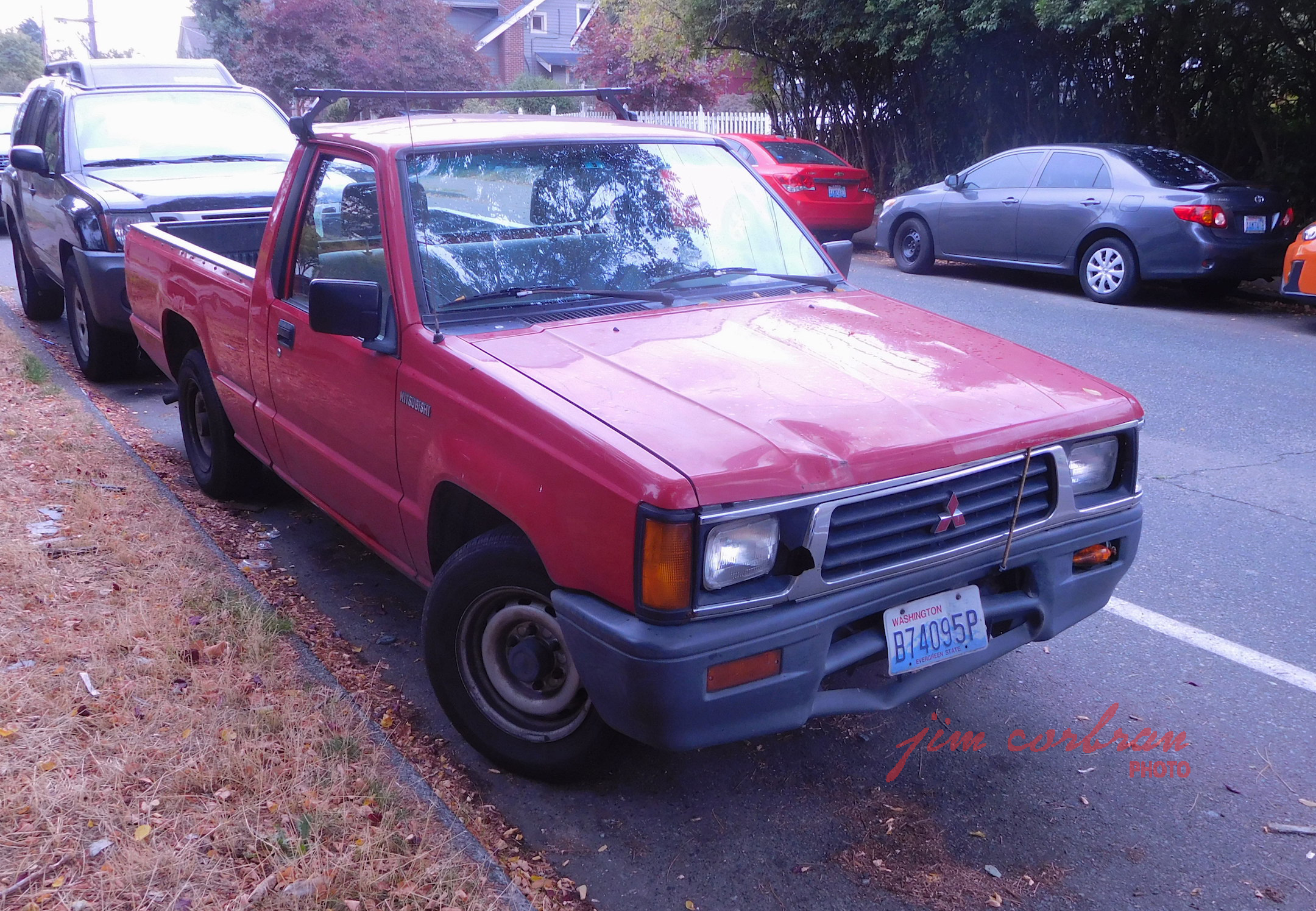 This Mitsubishi Mighty Max pickup, seen last month while we vay-cayed in Seattle, looks like someone was performing a brake test behind a bus… and failed. The Mighty Max was a compact pickup (what ever happened to that idea, anyway?) produced by Mitsu for about ten years starting in 1986.  A badge-engineered version was sold in US Dodge dealers as the Ram 50 (below),which for a while gave Dodge dealers three different-sized pickups: Ram 50, Dakota, and Ram. There was a time when these compact pickups were big sellers. Unfortunately, they’re not big profit-makers, so we’ll probably not ever see them here again, barring any OPEC-like interference. Stay tuned!