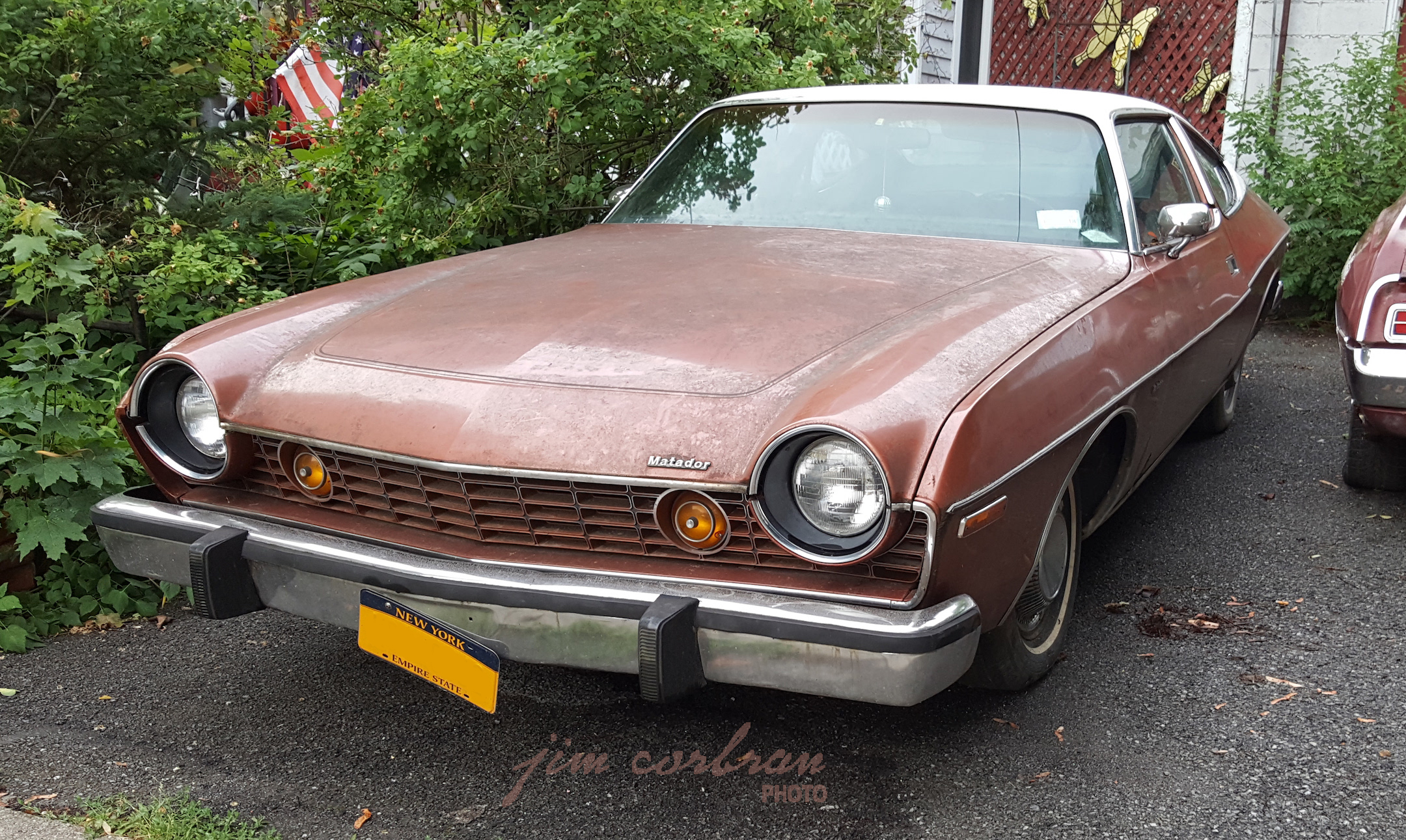 In the mid-1970s it seemed that every manufacturer had an entry in the personal luxury field — a mid-sized two-door with most of the niceties of a higher-end luxury car. American Motors chimed-in in 1974 with a redesigned, and curiously-named, Matador coupe. I say curiously-named because visually it had absolutely nothing in common with the Matador four-door sedan and station wagon. Its looks were polarizing to say the least. One wonders if AMC would have had better success if they’d come up with a different model name other than Matador. They did score some points with the Oleg Cassini package, which was available on the Matador Brougham coupe and featured a truly sumptuous interior along with the usual badging and special paint. Saw this particular c75 Matador coupe last summer in Perry