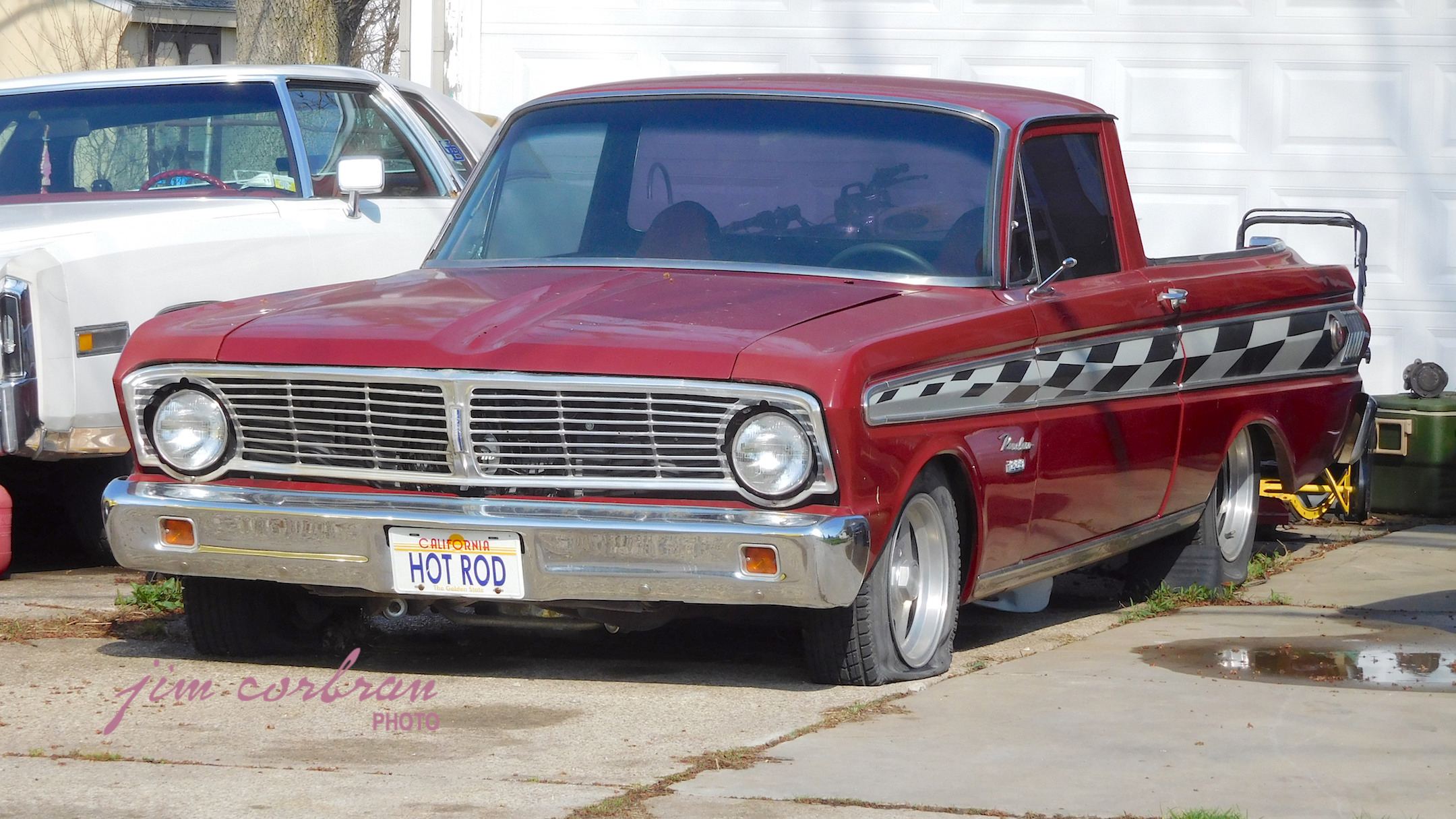 It’s not often these days you run across a 1965 Ford Ranchero; even rarer to find one that looks like it’s set up for racing. The front fender badge indicates a 289 V-8 under the hood. The rear tires/wheels seem to indicate some track usage (although the front tires, at this time, seem to indicate it’s not going anywhere right now, Lol). This one looks to be in fairly good shape, and I like the checkered flag inset on the sides. It was seen during some warmer weather in Tonawanda.