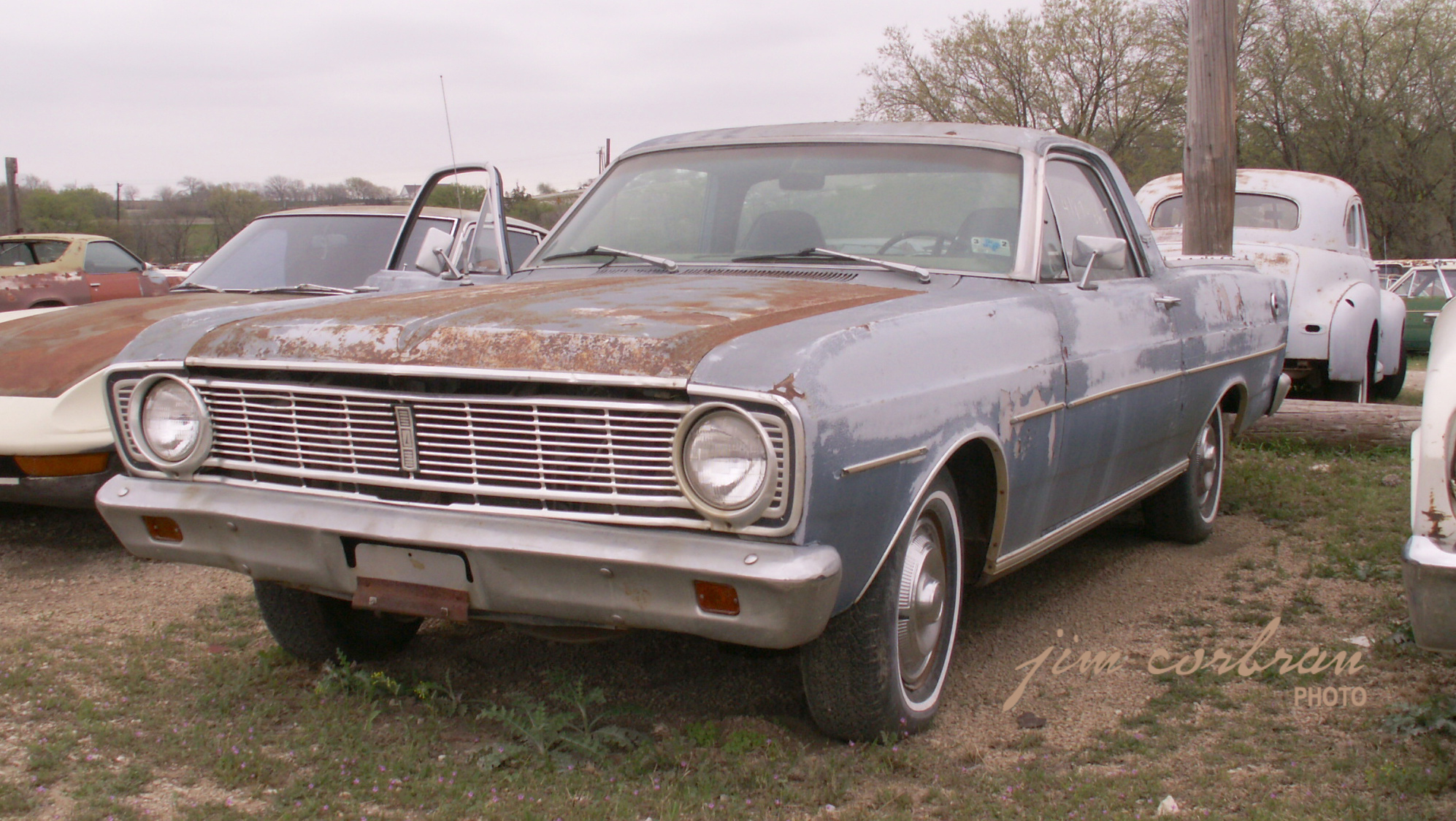 If yesterday’s RealRide was rare, today’s is probably rarer still — a 1966 Ford Ranchero, seen a few years ago when my daughter and I visited the CTC Auto Ranch in Denton, Texas, just outside of Ft. Worth. This would be the final year for the Ranchero/Falcon marriage; 1967 would see a Fairlane front clip on what was basically still the same vehicle. Lots of great old restorable chestnuts at the CTC. So many people show up to just roam around that they charge an admission fee, which I felt was totally worth it.