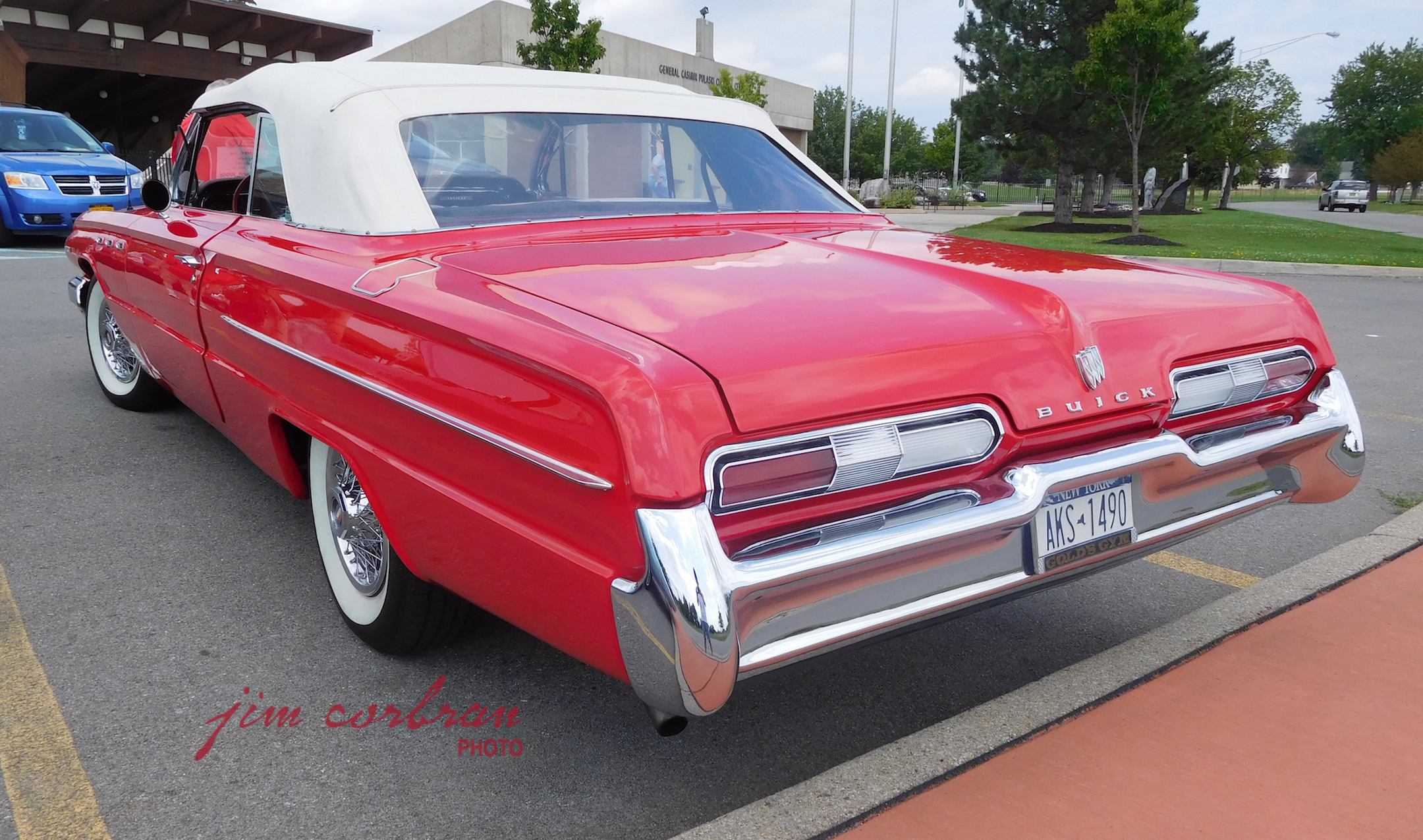 Earlier this week we featured a Buick Wildcat, which we we learned debuted for 1962 as a sub-model of the Invicta line. Today let’s look at the 1962 Buick Invicta itself; this one (an Invicta Custom) was seen in 2017 at an all-Buick show in Cheektowaga. The Invicta debuted for 1959, replacing the Century model, which was basically Buick’s smaller full-sized body (called Special until it was replaced by the LeSabre in 1959) with the larger engine of the bigger Electra (née Roadmaster). The Invicta line was honed-down to one model (a station wagon) for 1963, and went away the following year.