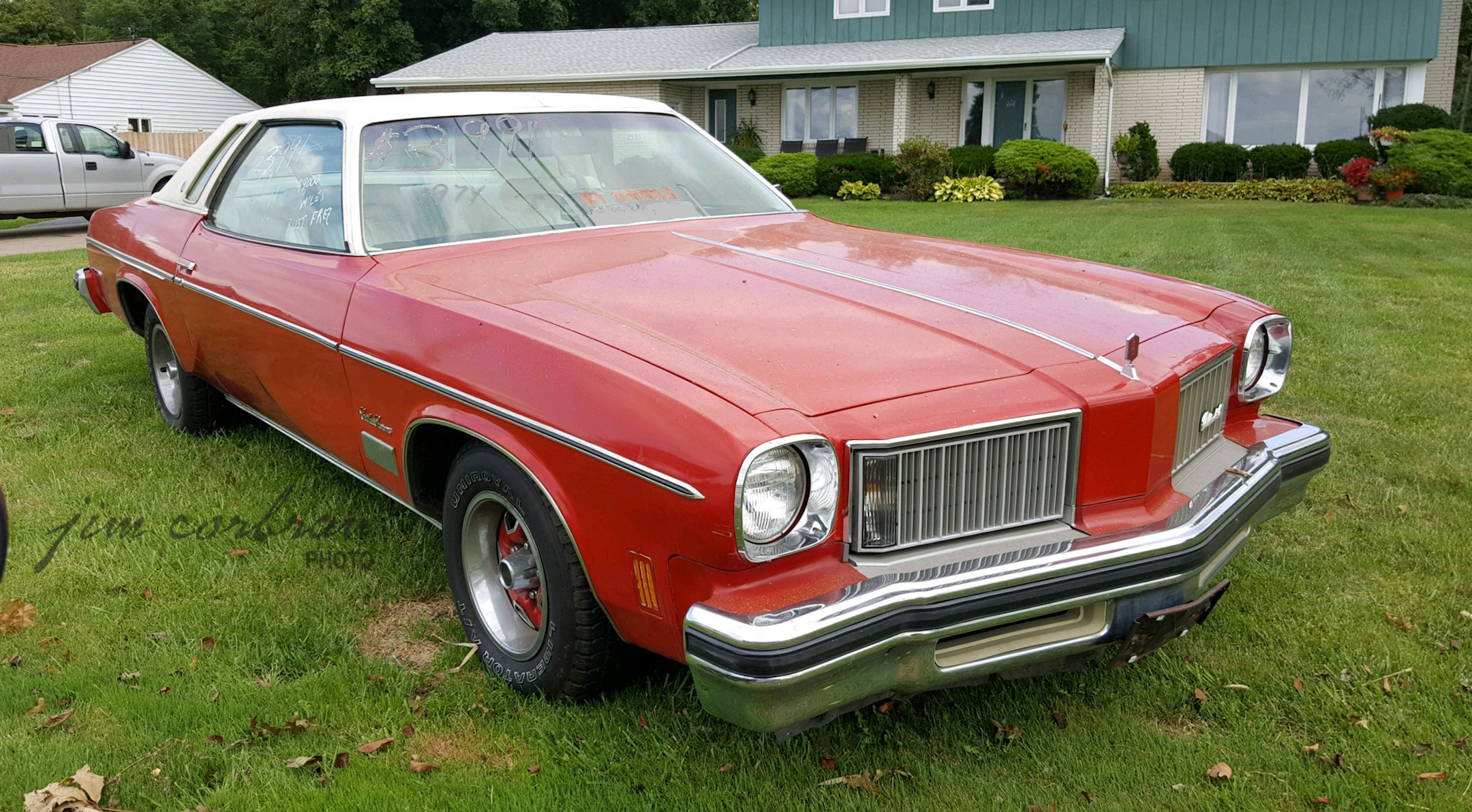 What a difference a year (or is it two?) makes! Compare the front-end styling of the 1975 Oldsmobile Cutlass Supreme above to the photo at the right of the 1973 model. The ‘73s were the debut models of General Motors’ new Colannade styling for its mid-sized lineups. The federal government’s five-mph bumpers (a.k.a. battering rams), front and rear, were mandatory beginning with MY 1974, and how it transformed the looks of these cars. Oy! Today's red & white ’75 example was seen recently, for sale, on Grand Island (markings on the windshield indicate that it’s a 1974 model, but from here it looks more like a ‘75 — see an actual '74 Cutlass in the bottom photo).