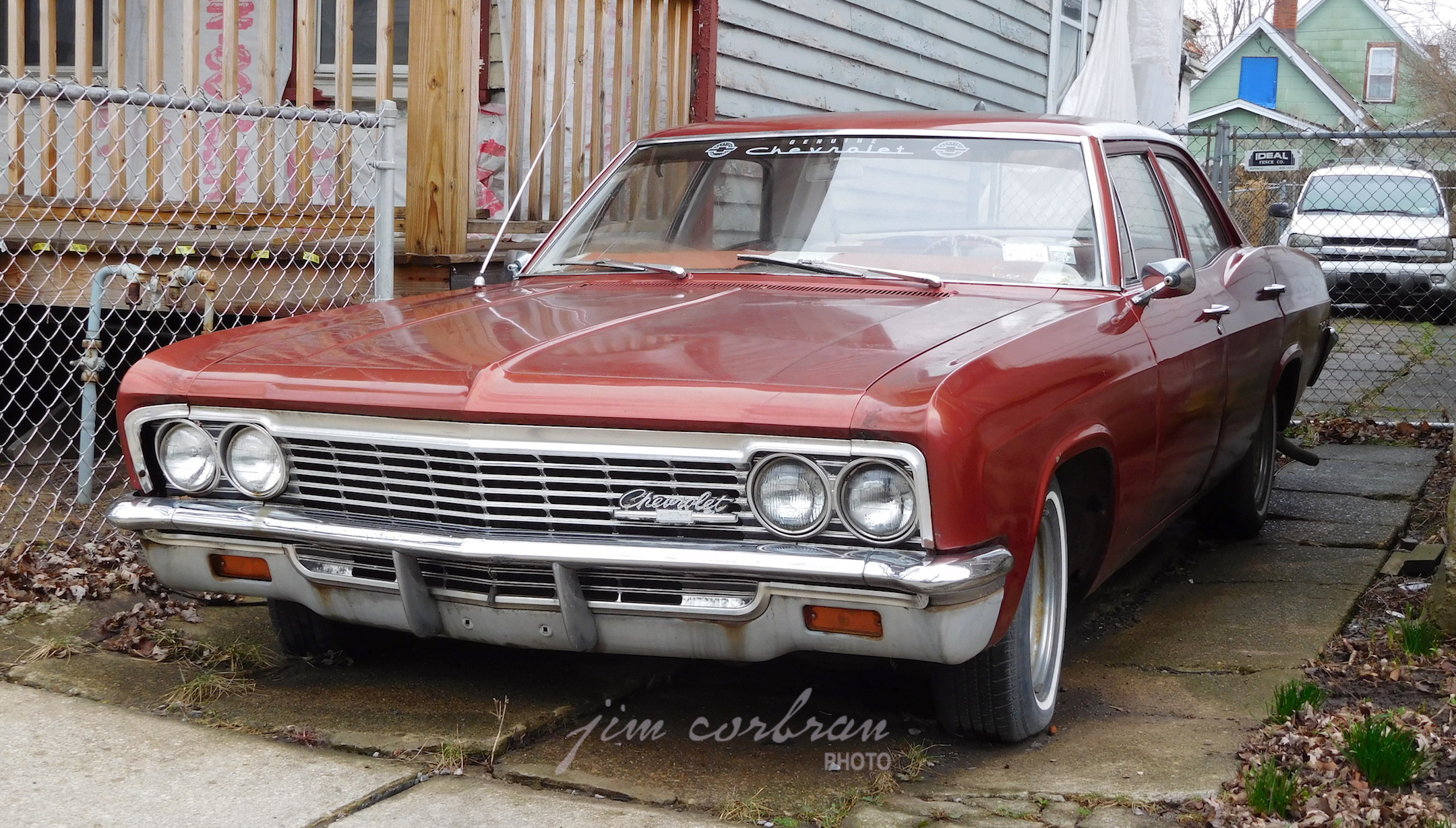 This 1966 Chevy Bel Air is one of over one million full-sized Chevys sold that year. Is that a lot? Well, for comparison sake, American Motors sold just under 300,000 total cars — that’s the combined AMC Marlin and Ambassador, and Rambler American, Rogue, Classic, and Rebel series’ sales. The V-8 Impala total alone for 1966 was more than twice the entire American Motors number. That’s pretty impressive! The Bel Air of course, was Chevy’s second-from-the-bottom nameplate prestige-wise, above the lowly Biscayne, and beneath the Impala and Caprice. By 1966 the Bel Air, once the top-of-the-line, had been reduced to two- and four-door sedans and two-and three-seat station wagons. Found this red Bel Air four-door over the summer on Buffalo’s West Side.